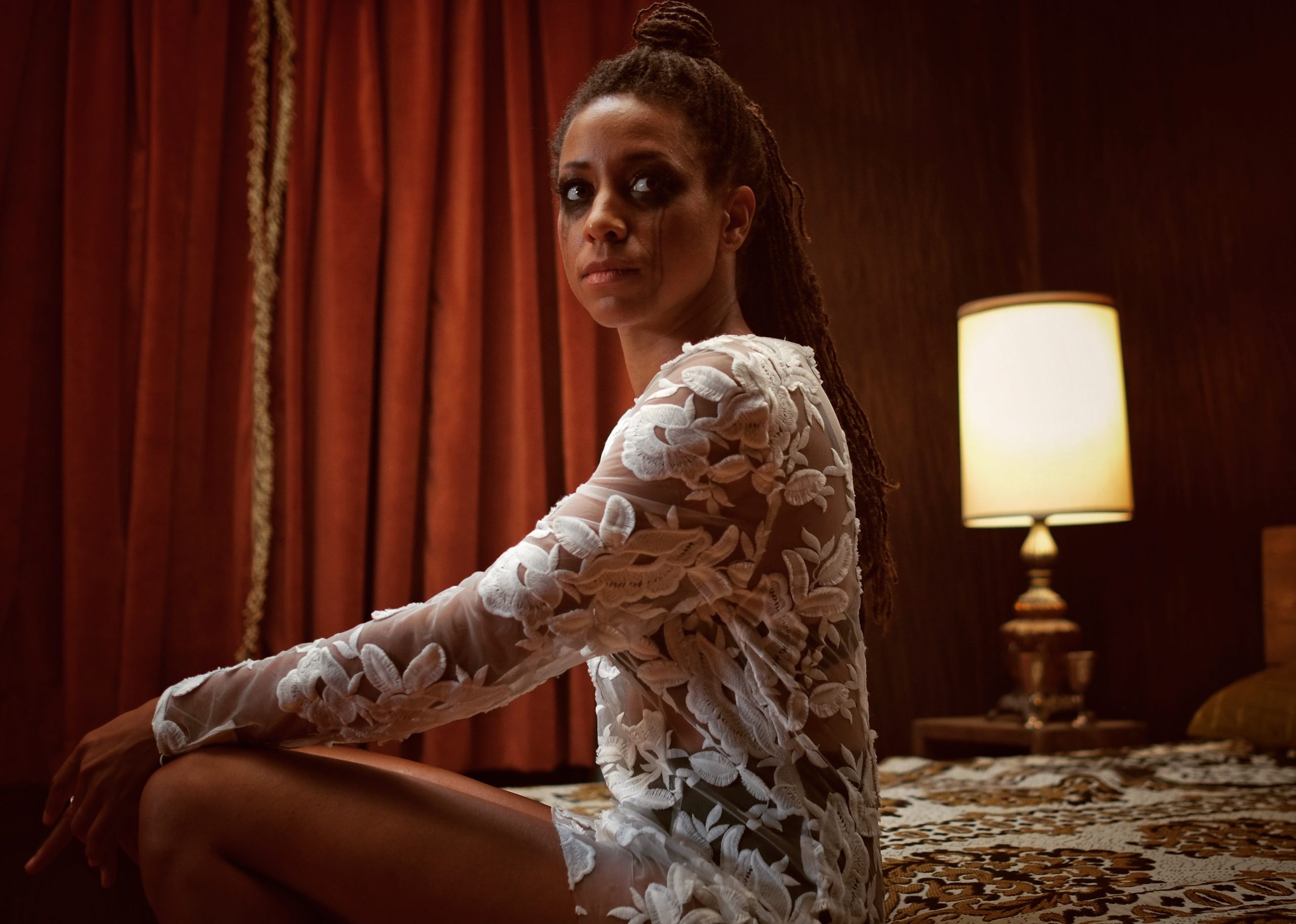 “Blood Red Son” is the first single from Ché’s forthcoming album, The Crowned. As Ché gears up for its release, we find her at her most ambitious and gregarious, showing a side seldom seen before, which she gives us a taste of with the lead single and video.

“The video for “Blood Red Son” is a fever dream of indecision, regret, and resolve,” says Ché. “It’s about the moment you realize you have a choice to make, and all the different conflicting emotions that compete for space in your head while doing so. That’s the important bit though. However chaotic and difficult the choice may be, it’s essential for people to have the ability to make it for themselves. When I wrote this song and made this video, the right to that choice, though constantly under attack, still seemed set in stone, at least in my country. Now, as I watch the world stride backwards, I’m realizing more and more that we can’t take these things for granted. Freedom over our bodies is not a given.”

Co-written and produced by Bob Rock and set for release later this year, The Crowned was inspired by Ché’s love of Trip Hop, Folktronica, and Soul and has her signature all over it whilst reaching out into new sonic environments. Confidence and determination pulse through the songs, signalling the birth of a new era for Ché. This album tells a story of an artist’s evolution and growth.

Watch the video for “Blood Red Son” below and learn more about Ché Aimee Dorval via our mini-interview.

I’m Ché Aimee Dorval, a singer, songwriter, and producer who splits her time between Canada and the UK. I’ve just finished my latest record, The Crowned, half of which was produced with Bob Rock pre-pandemic and half was self-produced over the lockdowns.

You have unveiled your single “Blood Red Son.” What can you tell us about the writing process behind the single?

“Blood Red Son” was the first song Bob and I collaborated on together after a chance meeting at the Warehouse Studios in Vancouver. He was recording with a mutual friend who, after we met, showed him my band, Casualties of Cool. The next day I woke up to an email asking if I wanted to try and co-write a few tracks with him just for fun, and attached a couple of spacious guitar ideas and told me to go wild!

“Blood Red Son” was born from that first interaction. His initial instrumentation was very guitar driven but had this 90’s alternative/lo-fi vibe that reminded me of a Silversun Pickups song paired with a trip-hop beat which I really dug. The “go wild” element really intrigued me because one of my favourite things to do is puzzle piece together a new song from another person’s sparse ideas. I love cutting up and pitch-changing parts to create something that makes sense in my brain. The result is a song I would never have gotten on my own.

I find I tend to be more creatively open and take more risks when working with another person. Songwriting feels much less precious and becomes more about the song and less about the ego. I tend to get less bogged down by self-doubt because it feels like there’s a degree of separation between me and the audience.

The working title for the track was “Blood Red Sun,” and I really loved the feeling of those words but always imagined a stained or tarnished soul rather than a sun. I was also drawn in by what blood can mean in certain situations. That you can long for it, and it can be the beginning or the end of you.

You released a video to accompany “Blood Red Son.” What was the highlight of the video shoot?

I think the highlight of that shoot was tearing down the set at the end of the day. We built it up from nothing! The relief of knowing we’d pulled it all off was overwhelmingly satisfying.

It was the first music video I’d ever spearheaded from start to finish, and I had absolutely no idea about everything that would be involved in making it happen. With a group of really great people, we build that set from top to bottom in an empty soundstage. We put up the walls, covered them with fabric to make wallpaper, built a bed frame from scratch, and found some 70’s shag carpet that we had to literally tear out of someone’s old basement. The shoot itself was a blur. There was so much to do in such a short amount of time. The moment we were finally able to stop and take a breath and look at everything we’d achieved before ripping it all down was pretty magical.

“Blood Red Son” is from your forthcoming album, The Crowned. You worked with Bob Rock on the release. How was that experience?

Working with Bob was great. He’s such a solid, supportive, and uber-talented soul. I learned a lot from him both as a producer and a songwriter. It was a gift to be able to be in the room as he was mixing and asking all the questions, however amateur or annoying. He has a lot of patience. Sitting and recording with someone with his pedigree is an invaluable experience. He treats people with respect and kindness, which are super important qualities, especially regarding the kind of people I want to work with.

Lots of new music and videos, tours, vinyls, all of it! You can expect a very busy and confident version of myself. One that has come into being later but is stronger for it. I’m not interested in slipping under the radar anymore. Two years of quarantining really put that into perspective for me. We don’t know how much time we’ll have to share the gifts we were given, whatever those gifts may be. I’d like to give whatever positive thing I have to offer to this earth before I have to leave it.