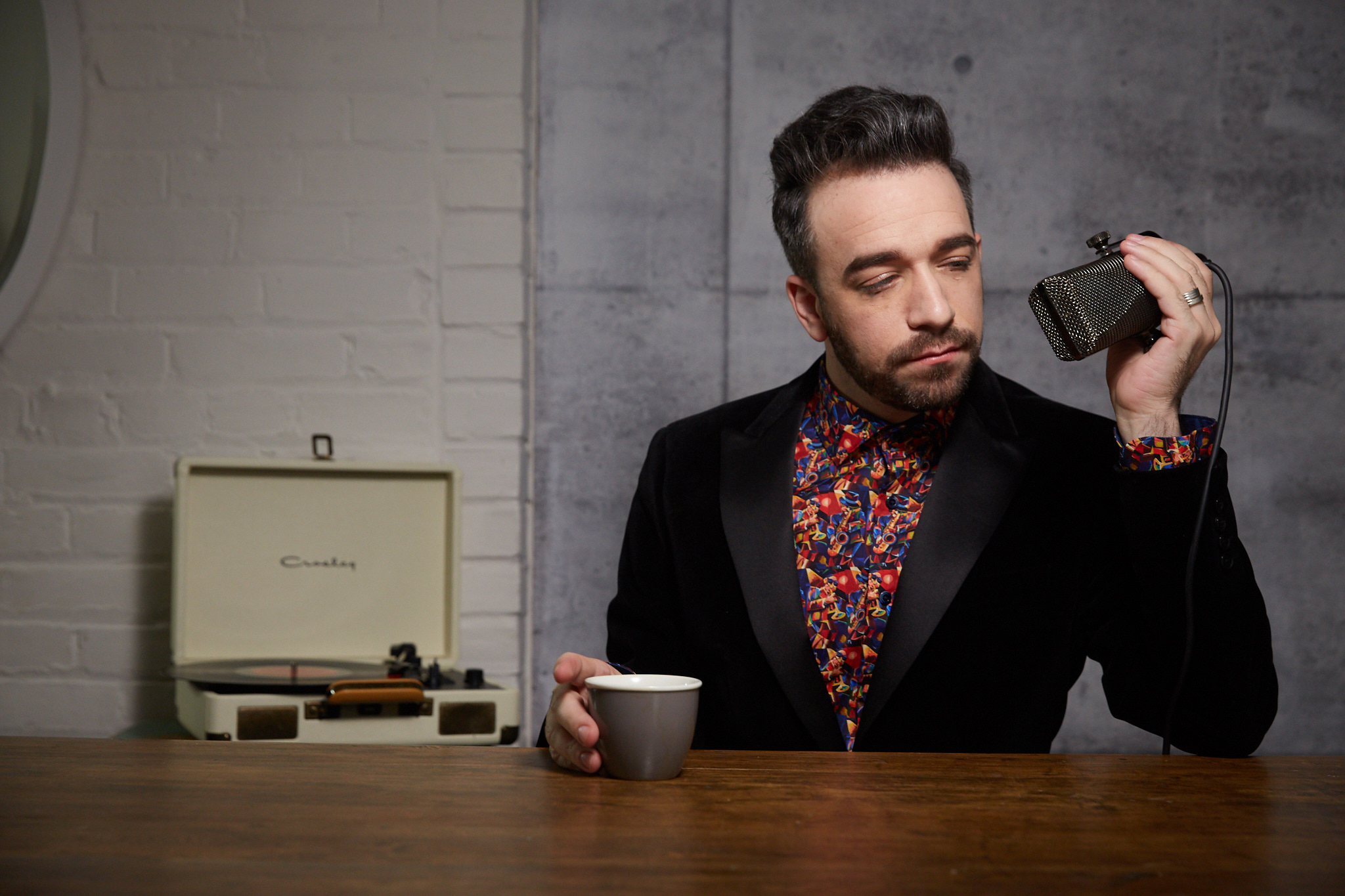 Pairing with Simone Denny for the completely recreated “Video Killed The Radio Star” (originally recorded by the Buggles), Dagan is slipping a quarter into a nostalgic jukebox with this reimagined classic. With Click Right Here, Dagan slips into his songwriting shoes to provide an album stacked with originals.

Joined by the assistance of his exceptionally talented group of musicians (Nathan Hiltz [guitar]; Attila Fias [piano]; Alex Bellegarde [bass]; Ben Wittman [drums]; Alison Young [alto saxophone]; Colleen Allen [tenor saxophone]; William Carn [trombone]; Andrew McAnsh [trumpet]) with arrangement by Rebecca Hennessy, Dagan sets the pace with modern take on a familiar genre. His approach to Jazz is invitational, exciting, and as much new-wave as it is pure and true-to-form on jazz-o-nomics.

“Even though Click Right Here is my fourth studio album, it represents a lot of firsts for me,” says Dagan. “Thanks to my first FACTOR recording grant, for the first time in my career I was able to record with an 8-piece band featuring a 4-piece horn section, a dream come true for just about any jazz singer inspired by the swing era.”

During the pandemic, Dagan kept himself busy by entertaining en masse with live streaming “Jazz It Up” – a weekly concert garnering more than a million views collectively. Dagan devoted his episodes to the greats – Nat King Cole, The Rat Pack, Louis Armstrong and more.

“Maybe the most important first is that all the songs on this recording are original,” Dagan says of Click Right Here, adding: “I have been singing jazz standards and swinging pop songs for over 20 years, and I love doing that, but honestly singing my own songs feels like a completely different art form; this project has inspired in me an immense respect for the craft of songwriting and for the courage to share one’s own songs.”

Following his sold-out Toronto launch of Click Right Here at The El Mocambo, Ori made his European debut with a Macedonian tour to packed shows in Ohrid, Stip, and Skopje, and closed the Skopje Summer Festival to a thunderous ovation.

Click Right Here surrenders willingly to the musical language of swing and bebop, juxtaposed with lyrics that relate to the 21st century, and “especially to the digital ‘Hashtag World’,” remarks Dagan, adding: “From social media to online dating, pocket dialing to identity theft, in the past quarter of a century the way we live our lives in the Western World has drastically changed, and it was really meaningful to be able to reflect on these changes. I had never heard a jazz album like this, which made the process of writing it both challenging and rewarding.”

Dagan plans to take the album worldwide, with a stop in Israel for the first time in his career – a milestone moment for this Jewish artist taking the world by storm.

Watch the video for “Video Killed the Radio Star” below, and stay up to date with Ori Dagan via his socials.