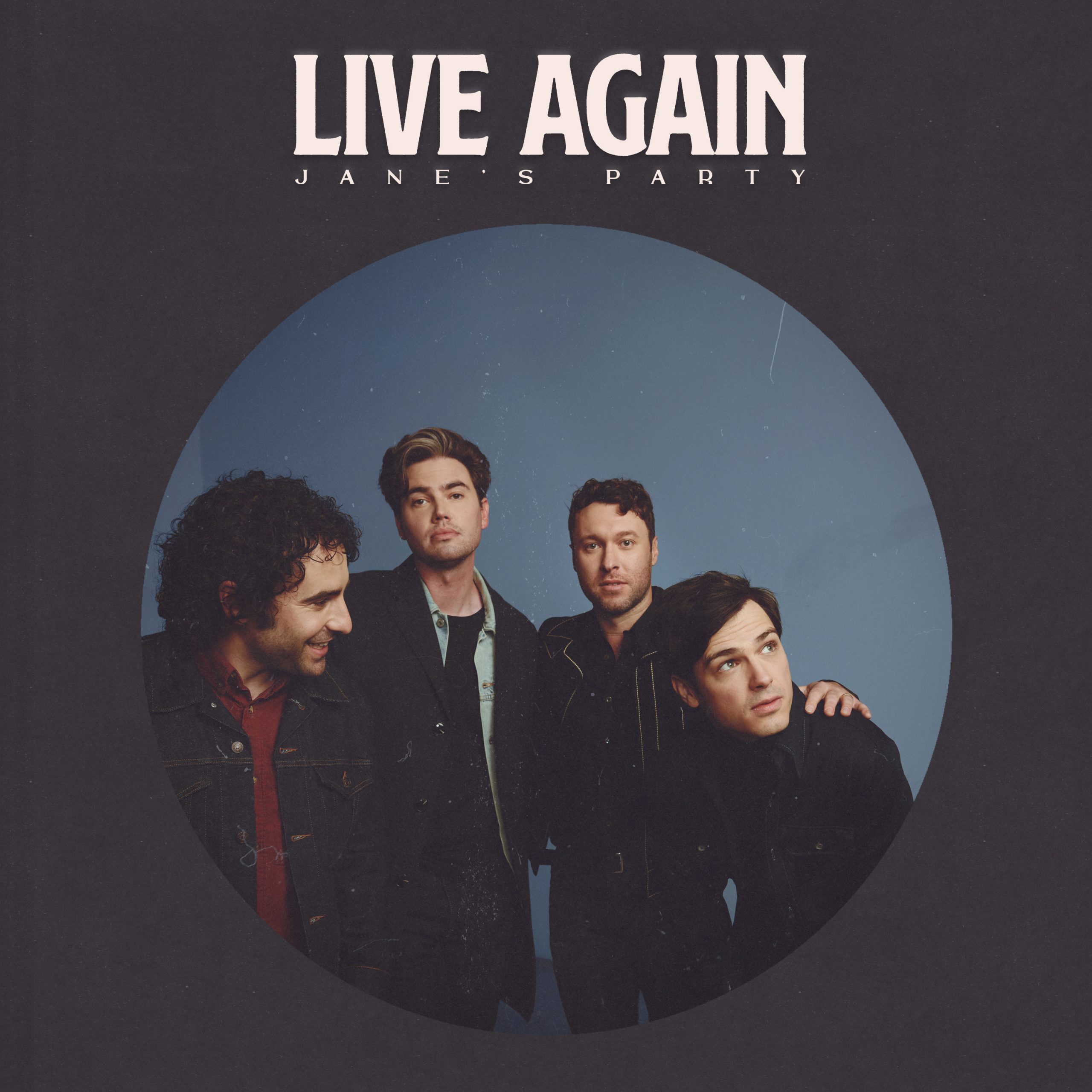 Beloved rock quartet Jane’s Party usher in the return of live music with their endlessly catchy LP, Live Again; produced by Carlin Nicholson and Mike O’Brien from popular indie outfit Zeus, who bolster their production work with guest performances of their own.

“craved the more organic and analog side of recording and approached this collection of songs from a live performance perspective first. Ironically, just as we were wrapping up the recording process, COVID hit, which forced us to pursue a less live and more online musician experience. Two years later, the album title now has added meaning.”

Listen to Live Again below, and find out more about Jane’s Party via our Five Questions With segment.

Hey everyone. I’m Zach from Jane’s Party. I play drums in the band. Jane’s Party has been together for 14 years. We started in our garage studio up in the Jane and Finch area in Toronto while we were attending York University. Our first show was a Beatles tribute night on Halloween, where we dressed up and played songs from their rooftop concert. Since then, we’ve released 4 LPs, 2 EPs, some singles, covers, and songs about Santa partying his face off. We’ve had the pleasure of touring in over ten countries and plan on continuing until it’s illegal for us to play such catchy music or we’re no longer on this planet due to death or a move to Mars.

Live Again is our most raw and organic release since 2009’s The Garage Sessions. We aimed to capture the sound of Jane’s Party live. Working with Carlin Nicholson and Mike O’Brien (Zeus) at Pineship sound gave the songs that extra little spice that will give fans an idea of what they’re in for if they come to see us perform. We also saw it fitting to print this album on limited edition vinyl as the songs and sound pay homage to some of our favourite artists, including the Eagles, Faces, Jackson Browne, and Harry Nilsson. Also, a big shout out to Ewan Currie (The Sheepdogs), who lent his perfect voice on the Faces cover of “Stay With Me.”

There are three main writers in the band. It begins as a very individual and personal process. The songs then make their way to the other members of the band, who lend their ears and expertise to making the songs as good as they can be. A lot of these songs were written pre-covid, but the irony is that the message of them really resonates now more than ever.

We just played the Paris Drinks Fest in Ontario with Sloan. They’re an awesome band, and we were delighted to perform with them for the first time. Show and festival announcements to come!

Woah, big question. Tough question. The band has now survived 14 years and a pandemic that kept us off the road for two years. I think we want to perform live as much as possible and spread the gospel of our new rock and roll record.