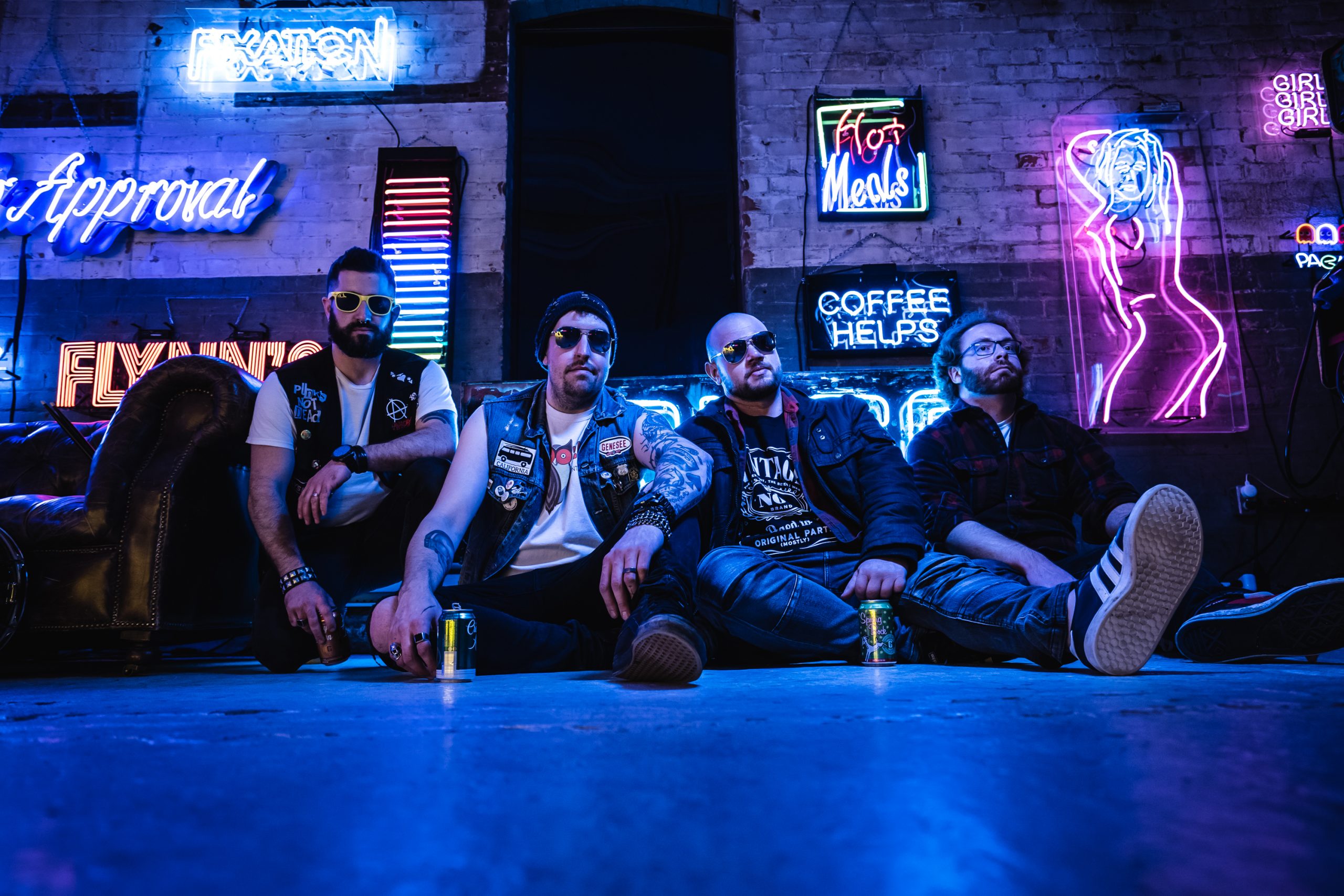 Wailing guitars and thunderous drums are conjured to form a good ol’ fashioned tune about a run-down place and its seedy clientele from St. Catharines, Ontario-based rock band Hölt with their visceral new single “Eyes On 55.”

“Eyes On 55” is from the band’s upcoming album, Turn Me Ön, an ensemble of epic tracks with a distinct aesthetic that merges multiple schools of rock to create something entirely new.

“Eyes On 55” is based on an old dive of a gentleman’s club that is no longer open but had a certain charm. Founder of Hölt and primary singer/songwriter Kenny Holt wanted to produce a specific kind of track while paying homage to one of the legendary rock acts of all time.

The music’s kinetic energy moves in tandem with edgy lyrics, which paint a portrait of a shabby gentleman’s club and all the associated debaucheries that lay within.

“Dancing undercover
She’s the devil in disguise
Lipstick and leather
I’ve got Eyes on 55.”

Like many other bands afflicted by the pandemic, the new album Turn Me Ön was a labour of love for band leader Kenny Holt who dug deep to put together a collection of music with meaning that was heavier than the average rock band.

“It wasn’t hard to write songs about the isolation and loneliness I’ve faced at times, the hypocrisy of governments, failed relationships, missing my family back home in England, and so on and so forth.”

The recording process was relatively streamlined as Holt sat at the helm of his sonic vision with startling efficiency and not sacrificing quality.

“The songs came together reasonably easy for the most part. I pulled out my Rolodex of riffs and put some lyrics to them one line at a time.”

Listen to “Eyes on 55” below, and find out more about Hölt via our mini-interview.

Hi! I’m Ken. I’m known for many things, such as telling inappropriate jokes, my love of F1 Racing, and drinking tea by the pint, but mostly I’m known for strumming a Les Paul and playing rock n roll. I’ve been lucky enough to travel all throughout this great country we call Canada, playing with country rock bands, punk rock bands, and even a 14-piece brass hip-hop band, but throughout the pandy, I decided it was time to smash out a true to my roots rock n roll record, so that’s what we did. This record is a no-nonsense approach to what Rock n Roll should be, in my mind.

What’s it like being a musician in Niagara Falls?

The music scene in Niagara is solid. There are some great venues (PAC, Warehouse, etc.), heaps of great talent, and endless events throughout the calendar year. People give Niagara a hard time, but it’s easy to forget that some great 80’s “Hair” bands spawned from this area, such as Helix, Honeymoon Suite, Brighton Rock, and even Neil Peart was born in St Catharines.

You get to road test any car in the world – What’s the car, and where would you go?

Who was the first artist to know you sideways?

Guns n Roses – NO QUESTION! When I was around the age of 10 or 11, I was finding my way into music and trying to find the band that made sense to me. All my mates back home were listening to Nirvana & Blink, my mum listened to T Rex & Bowie, and my old man listened to Don Williams. Still, the second I discovered GnR, Slash, and that infamous “Sweet Child O Mine” lick, it was over. I saved up my 5 pounds a week allowance for three weeks and went out and got Appetite for Destruction. It is still, to this day, the most important purchase of my entire life.