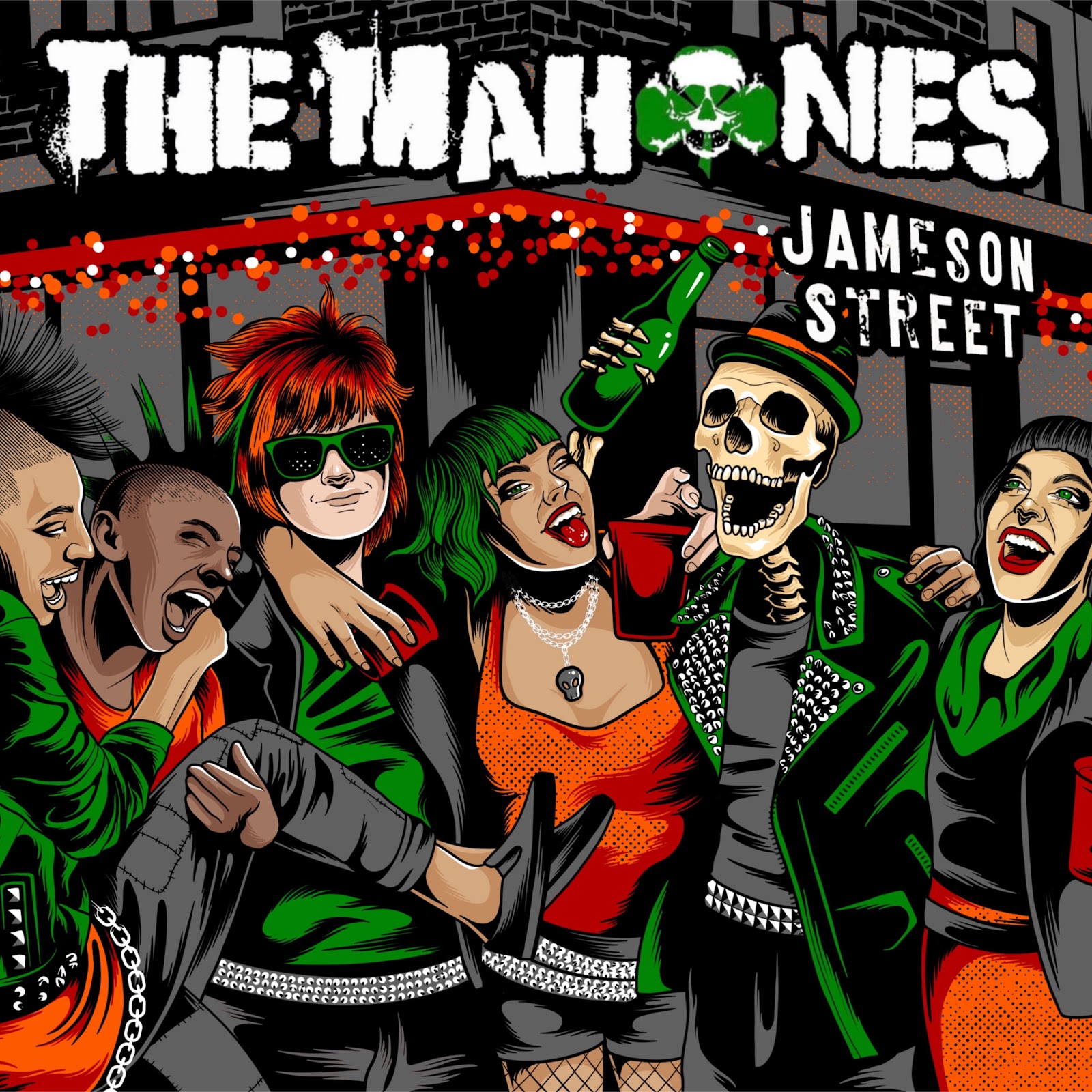 The Mahones serves up drinking shanties and feel-good jigs on their new album, Jameson Street

Celtic Punks, The Mahones are set to release their new album, Jameson Street, on October 7, 2022, via True North Records. Pre-save the album here.

“Jameson Street is meant to make you feel like you’re having a night out,” frontman Finny McConnell explains. “No politics, no religion, just good times, and everybody having fun. Unity is the underlying message.”

For this fun-loving group of musicians, there are few things better than loving, drinking, fighting, and a splash of hope to get them through the day. It is no surprise that these are the elements fueling the songs on Jameson Street – with shanties harking on good times and comradery – and a little bit of tin whistle and fiddle for good measure. The song “Holloway Jack” is a perfect example of what it means to be in the Mahones. The song features lyrics by the late Paddy Cuncanon, a long-time friend of the band, sending their friend off with a pint and good cheer.

The Mahones’ brand of Celtic-Punk energy is on full display on the group’s drinking pub jig, “A Devil In Every Bottle.”

The Mahones do bartenders everywhere a favor by including the song “Last Call At The Bar” on the album.

“It is a song that bartenders can relate to – that feeling you get when you tell everybody to bug off and go home. It’s a fun song that sticks in your head, and it fits the Jameson Street theme.” The good times on Jameson Street don’t stop at drinking songs, though. The album runs the gamut from toe-tapping instrumentals to heartfelt love songs to a cover of a Pogues classic, “If I Should Fall From The Grace Of God.”

Listen to “Last Call At The Bar” below, and stay up to date with the band via their socials.