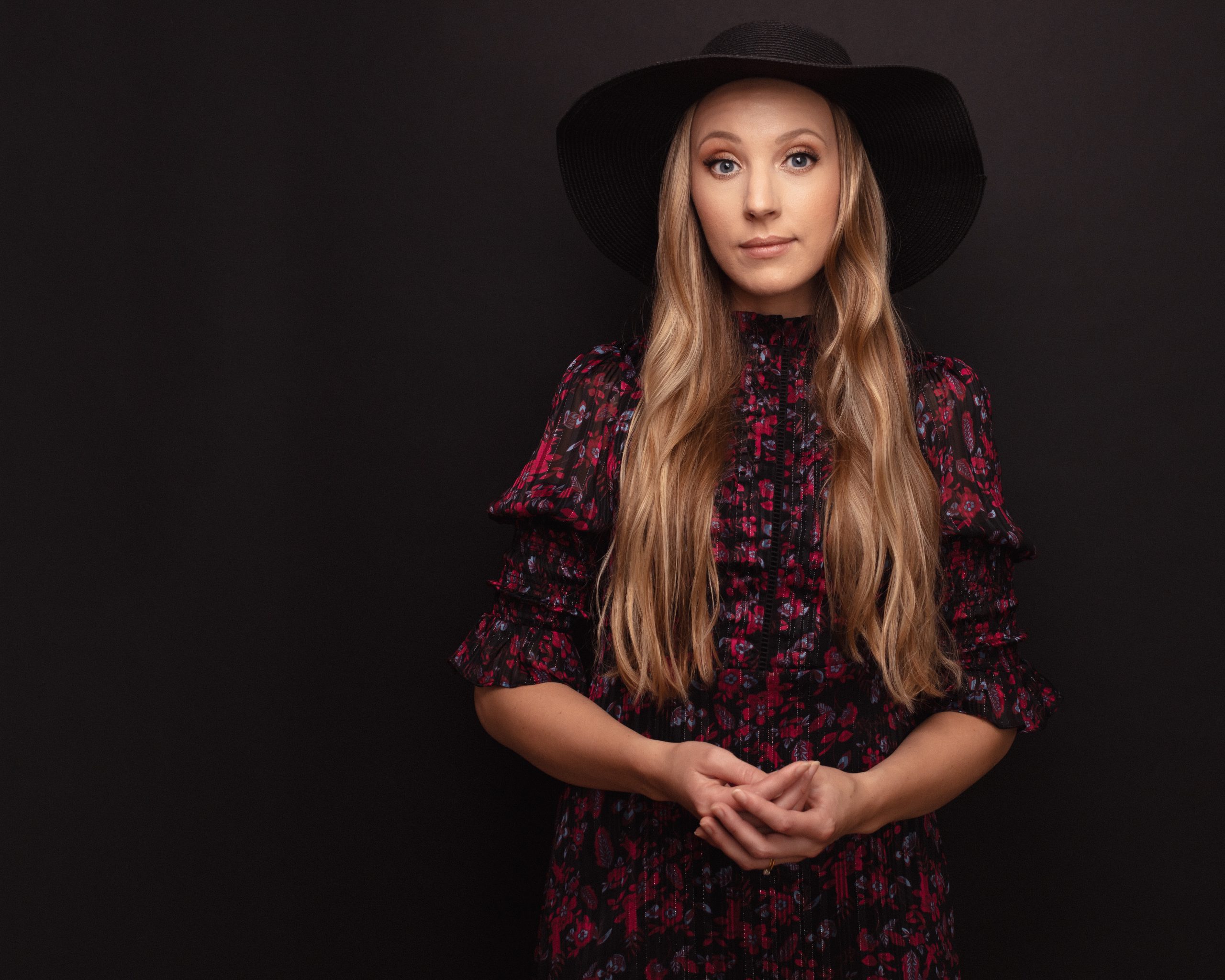 A yellow sundress conjures imagery of sunny days and lack of complication. Still, Kingston, ON-based folk-rock songstress Erika Lamon takes that idea and turns it on its head in her stormy piano-driven single “Yellow Sundress,” from her forthcoming album Hues.

“Yellow Sundress” begins and ends with the ticking of a clock, creating a feeling of suspense and time running out, and it maintains that metronome beat under thunderous piano and introspective vocals. The song deals with a cut-off relationship where there’s a shortage of honesty, as well as some internal conflict on the part of the narrator:

It wasn’t you, it was bad timing,
my cowardice looking
for a way out.
It wasn’t just a fling,
but I flung it in your face
on the way out

The moodiness of the piano and Lamon’s willingness to delve into complexity is reminiscent of some of the best of Tori Amos. However, the inclusion of a piano track on Hues arrived as somewhat of a surprise to Lamon.

“I grew up playing the piano but I stopped practicing when I left for university,” she says. “If there’s one thing I know about playing an instrument, it’s that it’s not like riding a bicycle. Getting back into it is long and discouraging. You’ve lost the ease with which you used to play, and touching the keys can conjure a sense of loss. But sometimes, in this beginner-state, ideas flow naturally.”

And then “Yellow Sundress” began to emerge.

“I sat down at the piano, and started fiddling with the keys. A main piano line appeared,” she recalls. “I had some half-finished lyrics hanging around nearby, written a couple of days prior, so I reached out for them.”

The clock element is a very deliberate part of the song.

“All I could see was a guilt-laden love story unraveling as time ran out in the background, the ever-ticking clock,” Lamon says. “The clock and keys intertwining in the beginning still give me shivers. I get that ‘the movie’s about to start’ feeling.”

Listen to “Yellow Sundress” below, and find out more about Erika Lamon via our mini-interview.

Hey! My name’s Erika Lamon, and I’m a Canadian folk-rock songstress from Kingston, ON. My first full-length record, Hues, is coming out on September 9th!

Being a musician in Kingston is a really special experience! I feel really lucky to live in a city that plays host to such an eclectic mix of artists. You get artists from so many different disciplines, backgrounds, and styles, which makes for a very diverse and vibrant scene. The city is very invested in its artists. I’ve been blown away by the amount of opportunities that they’ve been creating for us; it just feels really good to live in a place that values arts and culture. And to top it all off, we get the added bonus of being right in between Toronto, Ottawa, and Montreal for playing gigs, which really doesn’t hurt!

How did you get back to playing the piano after a long time being away from the instrument?

I don’t know that I’m back to playing piano yet (the hours of practice that’d entail still make me a little queasy!), but it’s certainly nice to be writing songs with an old friend again. I had just come out of an intense period of making demos with Max, and I just remember feeling really relieved that things were moving forward. It was a lull in time. I let my mind wander, noncommittally, to the piano, and I think that allowed an idea to come. The pressure of walking up to the piano with the intention of “writing a song,” or the intention of re-learning that sonata when it’s been a very long time, would’ve been too much. But with no strings attached? Some beautiful things can come out of that…or not, and that would’ve been totally fine!

After writing Yellow Sundress, I realized that I miss writing on the piano. It reminded me of the very first songs I wrote, and also how different it is to write for this instrument instead of guitar. I’m breaking out of what I normally do without running the risk of using those same chords or picking patterns that I love and sometimes fall back on, and that’s liberating. It’s very similar, for me, to the experience of switching from writing in English to French; the style and flavour of songs is so different.

Ohhh…this is a really tough one! I want to say Taylor Swift, but I think that’s just my teenage years watching Teardrops on My Guitar on the MTV countdown overriding the rest of my brain. If I dig a little deeper, I think it’s a tie between these three artists and their three songs: Natalie Imbruglia (Torn), Jewel (Standing Still), and Dido (Thank You). My dad would listen to a lot of 60s and 70s hits when I was growing up though, so anything by The Temptations, The Foundations, Neil Diamond, ABBA (you get the picture) always hits right home too.

Oh man, another tough one! Hmmm I’m sorry, but just picking one is impossible. Three is the best I can do: Come on Over by Shania Twain, Love & Lust by Jadea Kelly (a HUGELY underrated artist!), A Good Girl by Raph.