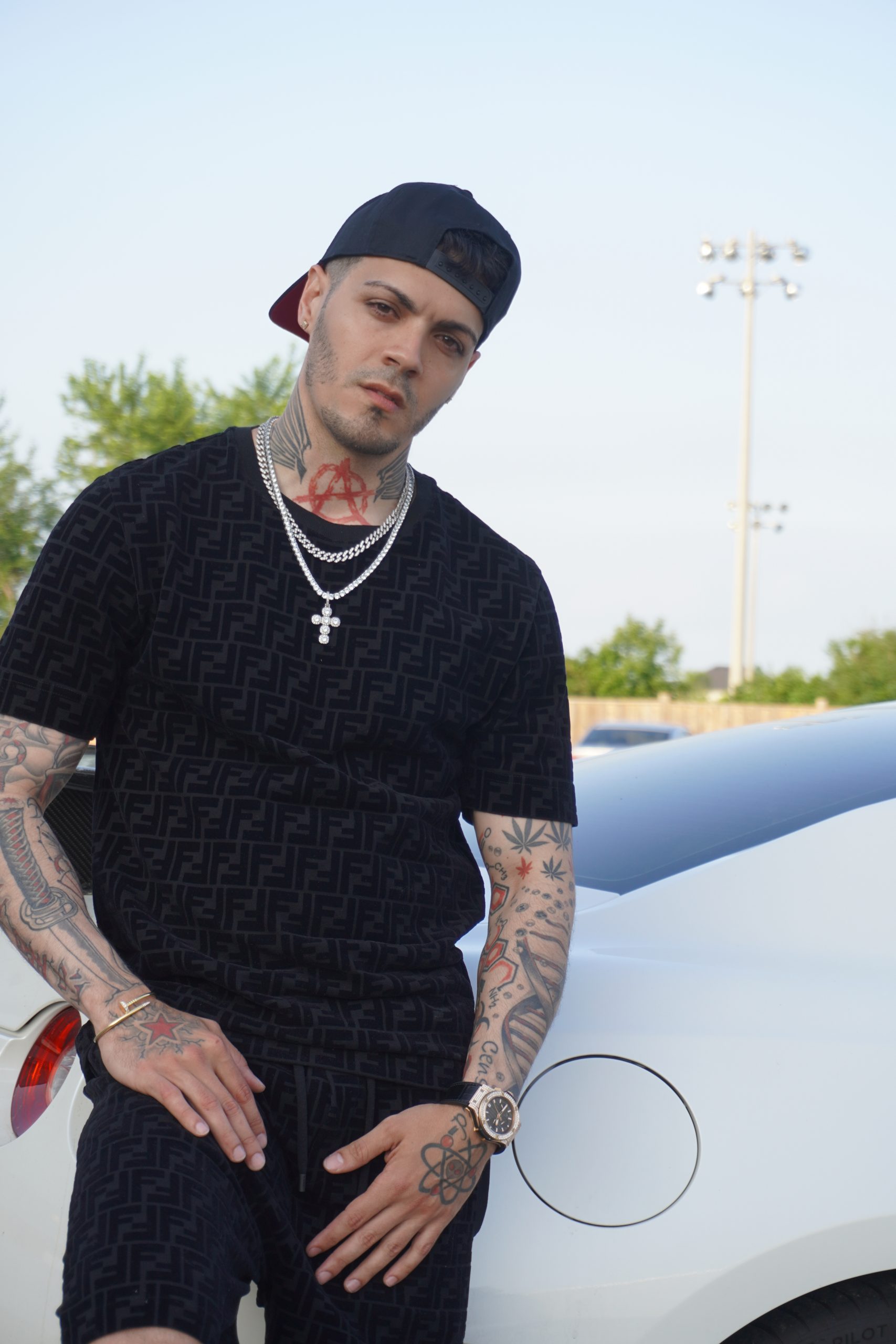 Umbe B delivers cut-throat lyricism in his hard-hitting single, “Champions”

Delivered with an enticingly toxic swagger that lures even the most stringent, Umbe B’s newest single, “Champions” is a cut-throat declaration of success and breakthroughs

“Champions” is a hard-hitting Latin/trap banger that pays homage to Umbe B’s Cuban heritage and musical passions. Inspired by the city of Toronto and its iconic sports teams, Umbe B aims to put his name on the list of teams who have fought for a championship – and ultimately made it.

Umbe B reflects on the voracity of his newest single;

“I’m setting the stage for my own victory: to become the next champion – the King of Latin Music in Canada.”

“Champions” describes the struggle of getting to the top through hardships – and the feeling of gratification when you achieve a particular goal. Umbe B’s sharp lyricism is laced with personal struggles, conveying his ambitions to be identified as the King of the North for urban Latin music in Toronto. Piercing cadence delivers a fiery flow that compliments Umbe B’s musical goals perfectly.

Ultimately, “Champions” is an underdog story preaching the significance of perseverance and resolve when it comes to pulling yourself out of a bad situation – regardless of the price. The song champions that hard work leads to success – and often requires sacrifice to become the best.

Umbe B is set to release his first solo studio album this year, so stay tuned for that.

Watch the video for “Champion” below, and find out more about Umbe B via our mini-interview.

Hello, My name is Humberto Bailo, aka Umbe B, an urban Latin artist born and raised in Cuba but currently living in Toronto, where I am developing my music career to infuse Latin rhythms into the Toronto sounds of trap and hip hop.

Being a musician in Toronto and particularly an urban musician artist requires constant interaction with the city and with what is going on in it. Social issues and common day-to-day problems that Torontonians talk about in cafes and on the streets are the fuel I use in my creative process when writing new songs and beats. The challenges we all face to reach our dreams and the experience we learn from mistakes we made are the biggest source of inspiration I found for my music.

From a more practical point of view, being a musician in Toronto is also a blessing as the city has so many living cultures in harmony here that you can find producers who have expertise in different rhythms, like trap, dancehall, Latin reggaeton, and many more. Making the task of creating music a really enjoyable experience with the opportunity of collaborating and learning from various sources. Toronto audience and critics are very honest and direct, and as an artist, right from the studio, I can sense if a new beat or project is gonna have a big impact or not.

How did the music scene in Cuba influence you today?

Cuba is definitely a land of music and dance. We have produced so many good musicians in the last 100 years and created so many rhythms, since the “Old Trova” to Mambo and Salsa, which later evolved to Timba in the 90s. But my biggest influence came from early 2000 when a big movement in Puerto Rico called reggaeton totally shook the Latin American world.

My first musical projects came from around 2013 when I started to experiment with reggaeton with a little faster pace, which allowed me to rap more in the beats. Later with time, I started enjoying more trap and dancehall beats with songs that emphasized more in the lyrics and the message that was carried with each song I produced. With the evolution of my work, I find myself probably in the best moment of my music career as I have more than 50 song concepts on my iPhone, ready to enter into the production process. Most of them are upbeat sounds that combine trap dancehall and reggaeton with some of the core elements from Cuba’s classic dance rhythms.

I have had various artists that have influenced my music career, like Don Omar and Tego Calderon, from early 2000. Still, the artist that really knocked me sideways was Eminem when I heard The Slim Shady album. Even though I was a child when it came out, and English was not my first language, I was able to lip-sing most of his songs, and the style and melody of his lyrics really took me to another level. Up to this day, I still hear some of Eminem’s songs from that album and the one that followed, and my jaw drops to the floor every time cause nowadays, I understand English much better and can enjoy his work even better.

From Canada, I have always enjoyed the music of Justin Bieber, and back in Cuba, my brother used to listen to some of the greatest hits of The Guess Who from back in the day. And obviously, Canada has produced a lot of great musicians and pop artists with a tremendous legacy that will be impossible to mention all here. However, even though I think it didn’t get the love from the critics it deserves, if I have to pick just one album from a Canadian music artist, it will have to be Scorpion by Drake. That album, maybe because it has some advances in the trap beats or maybe because it even showcases some trap experimental elements with the sense that some tracks were raw, is the one that every time I listen to it, I discover something new. You know, that album Scorpion is like that batch of wine that, as time passes by, you find it better.