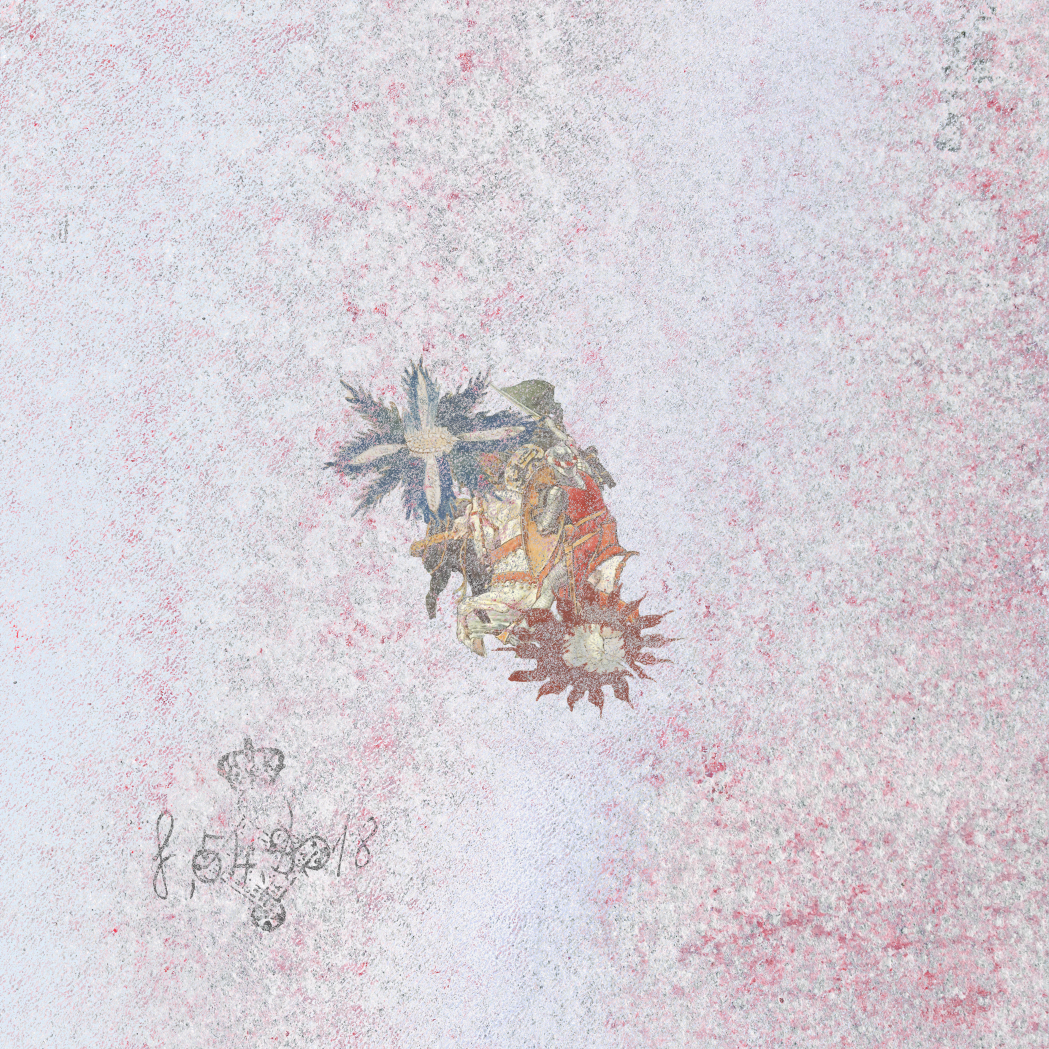 The twelve-song release features the lead single, “The Great Mystery,” which was unveiled in June 2022 as a precursor to the album.

“This album is about grief and an implosion. It is dedicated to the memory of Ejaz Choudry and R.D. Laing.”

Produced by Corben Grant and mastered by Trevor Cooke, who also produced the tracks “Blanket Love” and “Ouroboros.”

On To the Ides of August, Goodbye, Jamie Gibson was joined by Isaac Grant on drums and Brock Bourgeois on bass, which creates a well-rounded sound.

“Overture” is the first introduction to Ten Day Voyage on the album, and it does a great job of attracting the listener with a steady guitar beat and lyrics suggesting that you can get through the challenges life and relationships throw at you. Towards the middle of the track, the music stops, and you hear the sound of traffic and static before the song returns, but differently than before. The song ends with the vocals repeating, “Snow is falling on the ground” over and over.

Next up is “It is No Longer I Who Live,” which starts off with a static sound, which morphs into a mellow rock sound. The 8-minute-long track’s chorus repeats, “I see myself falling, I see myself falling into the dark.” Throughout the duration of the track, I felt enveloped by the lyrics, especially the talk of days passing by and sands shifting. I think these words will be easily relatable, as it’s so true, time goes by so quickly, and life changes so often and so quickly. Whether this is the meaning the band had or not, it’s what I got from it.

“The Great Mystery” is a more intense, psychedelic track with a heavier sound throughout. I can see why the band chose this as the lead single, as it could definitely appeal to fans of various genres, such as rock, psychedelic rock, shoegaze, and even electro-pop. I found myself humming along as the song played repeatedly. I was trying to find a comparison for this track. Although I came to realize it’s a one-of-a-kind sound that you just need to hear for yourself.

The psychedelic sound continues on “Ouroboros,” with an almost sci-fi-sounding beat and somewhat robotic vocals. As the song progresses, the electronic sounds continue in the background, along with distorted instrumentation. The song features lyrics such as “Rolling the stone, Healing the blind, Like Jesus Christ, Making the dead rise,” leaving me contemplating what the meaning behind the song is.

“At Eternity’s Gate” slows back down and features piano, which is a nice change and gives the listener a chance to hear another side of the band. The song consists of a light beat and clear vocals which lean towards spoken word.

As we reach the halfway point, “Head Full of Mist Staring Down the Barrel of a Bayonet” starts with a spoken word intro, then continues as a musical interlude featuring a beautifully diverse yet powerful serenade.

“Templar Coltrane” lands at 2 minutes and 30 seconds and has a low steady beat with repetitive vocals. I feel as though this track serves as a reintroduction to the album after the previous track serves as an interlude of sorts.

Coming in at track eight, “Blanket Love” features that familiar static sound behind the music and vocals. This is the standout for me on the release; although I do wish the vocals were less distorted, I find the vocal stylings are inviting. The lyrics “blanket love, where are you, I’m leaving…” repeat in the chorus, between in-depth verses centered around breakups.

“Leave a Light On” consists of an electronic/fuzz intro, which continues throughout the track. This is another track that many will relate to. Speaking of breakups of a relationship that’s going through a rocky patch or coming to an end. I appreciate how each song on the album sound differently, showcasing various sides of the band, and pulling together as one epic release.

“Amazing Grace” is just that, a cover of the classic that I’m sure we all know, but taken to an extreme. The vocals are not what you would expect. Instead of the classic powerful yet soft and smooth vocals, they offer a high-pitch bellowing shriek. Mixed with the white noise distortion throughout, it creates something you don’t even recognize, but I will say it’s definitely interesting.

“Between Spaces” starts low and slow with a calm beat and mellow vocals, which blend into the music. It quickly heads to familiar territory, allowing the vocals to meld into the music for that diverse sound that Ten Day Voyage seems to favour. This was another song that I enjoyed, the lyrics “It’s gonna take some time, I’m caught between spaces” could mean so many things to so many people and relate to them throughout their lives. I love a song that can mean something different to each person.

Closing out the album, “Coda” begins with an abstract sound which quickly turns into a simple beat. Add in the balanced vocals, which are, in my opinion, a type of spoken word that evokes emotion. Although the song is over four minutes long, the final two minutes consist of a brief silence followed by a mesmerizing instrumental that could easily be called a hymn.

One thing that caught my attention and made me go back to the first track, “Overture,” is the lyrics, “When I awake, I’ll see, what it was you were showing me.” I noticed them at the end of the final track, and I love how it ties the album up as a whole.

This was an album a bit outside of my comfort zone, but I am so glad I had the chance to review it as it is a unique, one-of-a-kind listening experience. The more time I put into it, the more I wanted to get a certain message across, and that is that listening to something new is not only fun, but it’s also a learning experience and serves to broaden your musical tastes. You may not love every track, but if you’re like me and you take your time and listen thoroughly, you will enjoy the journey and likely pick out a few favourites along the way.