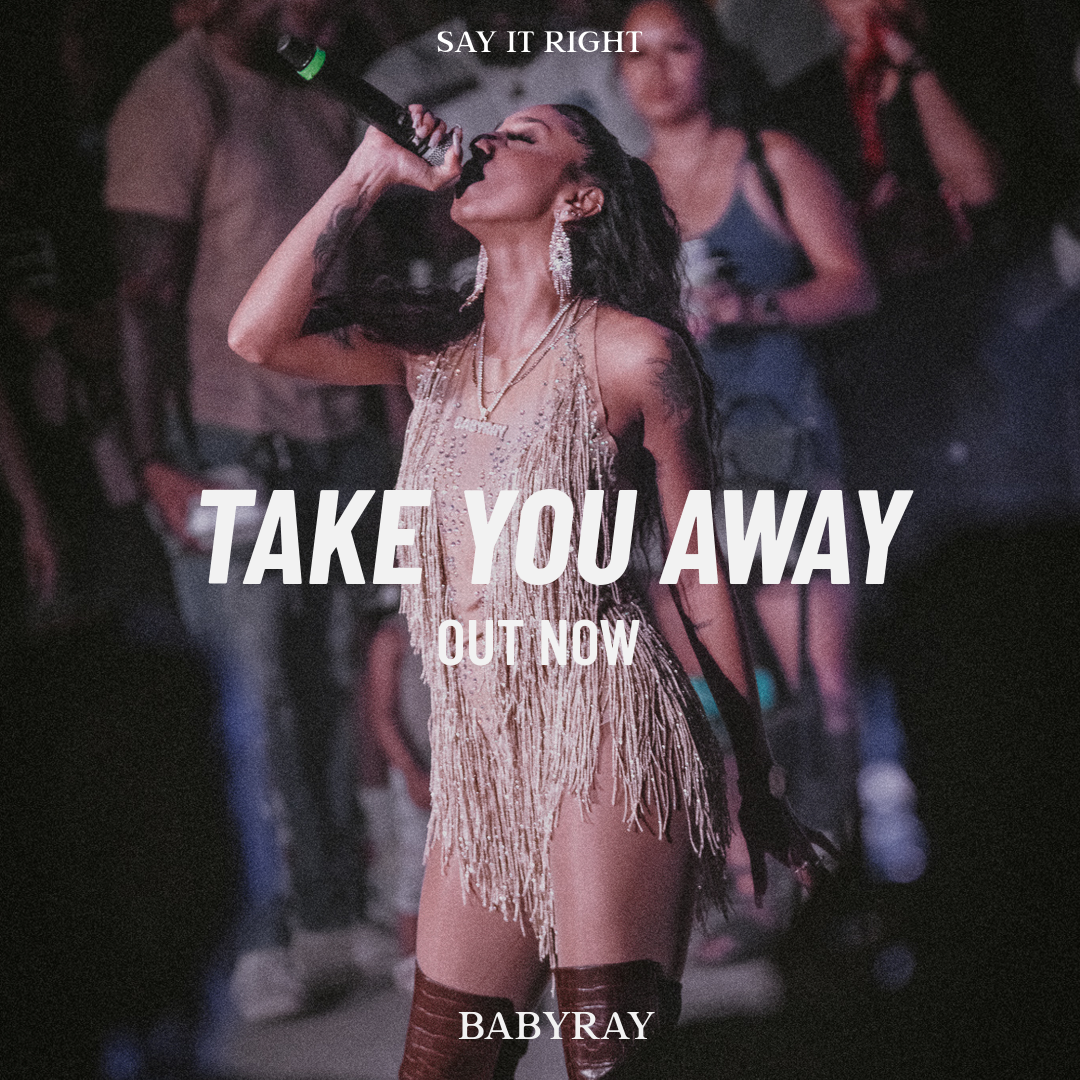 BabyRay shares her new single, “Take You Away”

The Canadian artist turned up the heat with her highly anticipated single.  After making and promoting her own music, BabyRay is stepping up to take her place in the Canadian music industry.

From her successfully released singles, videos, and on-stage performances, her music and lyrics have made an impact on audiences across the country.  Music is the artist’s escape from reality, and “Take You Away” brings you along for the ride.

BabyRay knew she was born to make music from a young age.  A dancer in her early years until the age of eighteen, when the young performer decided she had something to say and began making her own music. Her vocals and lyrics were strong, her passion unmeasurable.

The multi-talented artist produced her own music and released it independently. She continues to make and perform original music for her growing fans. BabyRay makes music based on her life experiences to ensure her songs are her truth.  Influenced from a young age by artists such as Michael Jackson, Mariah Carey, Whitney Houston & Ariana Grande, their individuality & longevity, the young pop star wanted her latest single to represent who she is as an artist. “Take You Away” is a great introduction.

Listen to “Take You Away” below, and find out more about BabyRay via our Five Questions With segment.

I am BabyRay, a new upcoming R&B/Pop/Hip-hop artist based in Toronto. I grew up as a dancer, heavily influenced by Michael Jackson but was too shy to showcase my singing. I always knew I wanted to be a singer and performer. In 2020, during the pandemic, I decided that if I didn’t try to make music and pursue my dream, I would have already failed myself. I then bought all the necessary equipment to build a home studio, taught myself to mix and master my vocals, and released my first single on June 2nd, 2020. Since then, I’ve been consistently releasing music, self-produced music videos, and doing shows and performances as an independent artist.

“Take You Away” is my song of the summer. I wanted to make this song a fun, upbeat song with a good summer vibe. I found the beat on Youtube, created by the talented producer Jostopac. I instantly fell in love with the beat and knew I could make a real banger. I also wanted to make this song a family-friendly, all-ages type of song as well.
The reactions I’ve received from “Take You Away” thus far have been outstanding. Regardless of your age or preferred genre, this is a song everyone can vibe with.
With the end of summer approaching, I want to really push this single and end summer with good vibes.

Usually, when writing a song, I try to pull inspiration from my past experiences to ensure the song is as relatable and as real as possible. There are generally two ways I go about putting a song together; I either find a beat first and write lyrics to the beat, or I write my lyrics first and then find or create a beat to fit the theme of the song. I then decide what story I want to tell and start brainstorming melodies and ideas until I have something concrete.

My biggest goal for 2022 is to build my platform and get my name and music out there. I would like to do more blogs and interviews and let the world get to know the real me. I’m also focused on doing more shows and performances to showcase my dancing.