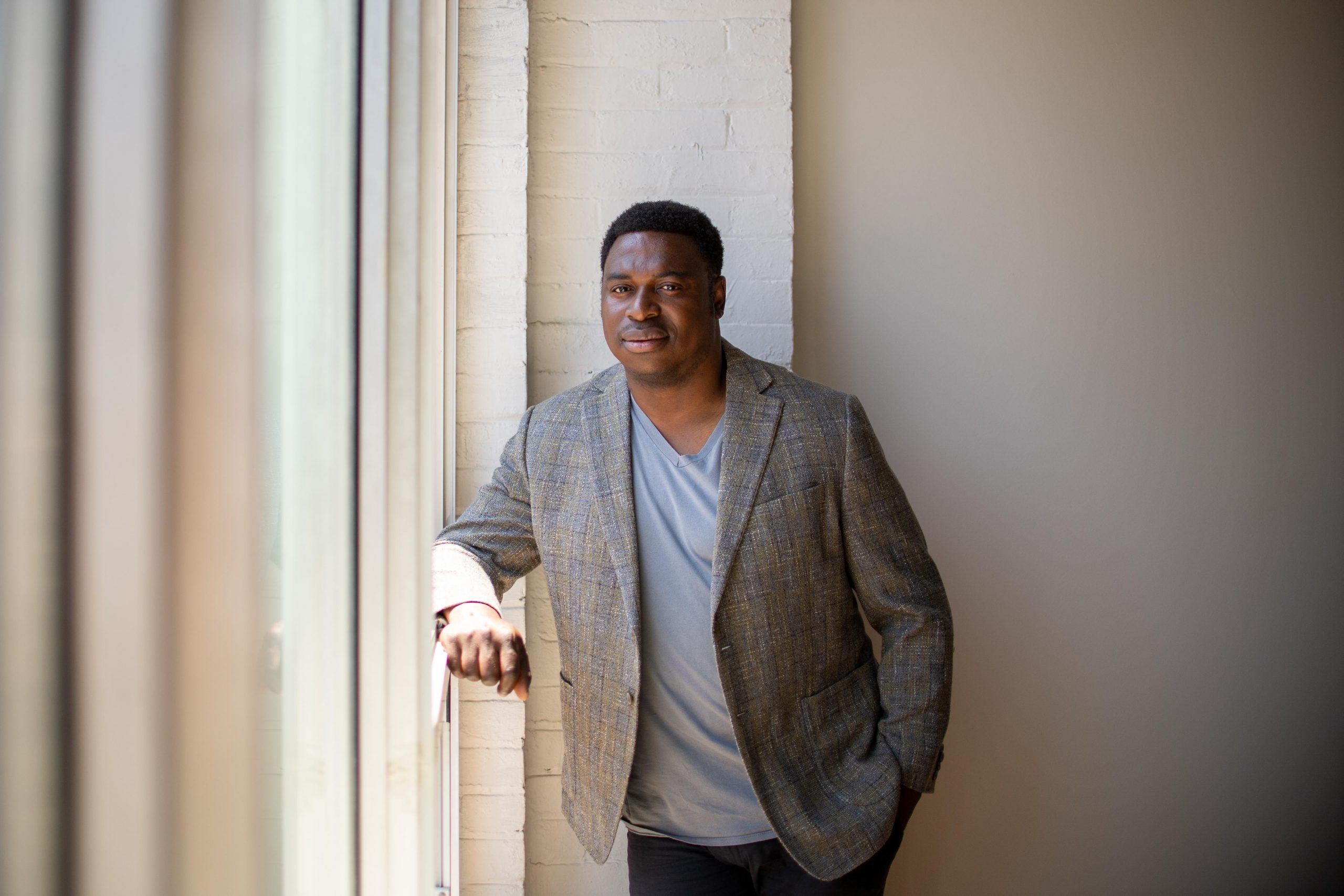 Known for his prolific work and performances both at home and abroad, audiences may be familiar with the track – it is Thompson’s signature cover of Nirvana’s iconic “Smells Like Teen Spirit.” Whether performed in local spots – like Thompson’s frequent haunt of The Rex in Toronto – to open-air venues and concert halls, the jazz-infused, layered and virtuosic rendition is fresh, fun, and resonant – much like the 90s grunge classic.

“Smells Like Teen Spirit is that tune no matter where it’s played or who it’s played for, it connects with people of all generations and cultures,” Thompson says.

It was recorded by Jeremy Darby and Julian Decorte at Canterbury Music Company, with Thompson’s trio, Randall Hall on bass, and Jeff Halischuk on drums, and mastered by João Carvalho.

Listen to “Smells Like Teen Spirit” below, and find out more about Thompson Egbo-Egbo via our Five Questions With segment.

I’m Thompson, Thompson Egbo-Egbo; not a typo, but you can call me Thompson. Grew up in Toronto, and my music is as diverse as the city where I make it.

My latest single out on August 12th is a cover of Nirvana’s “Smells Like Teens Spirit.” A song my band and I have been playing for years and finally decided to record our version of it.

Finding myself in so many different playing environments forces me to play music of a variety of genres. My biggest inspiration is using these elements to fuse and create new sounds.

A couple of things are coming up. A show as part of TIFF’s musical lineup opening week on King street on the 9th of September. An appearance at the musician-led Kensington Market Jazz Festival on Oct 2nd as well as the Orillia Jazz Fest on October 14th.

My goal for 2022 is to continue to build my audience and reinvent my live show.