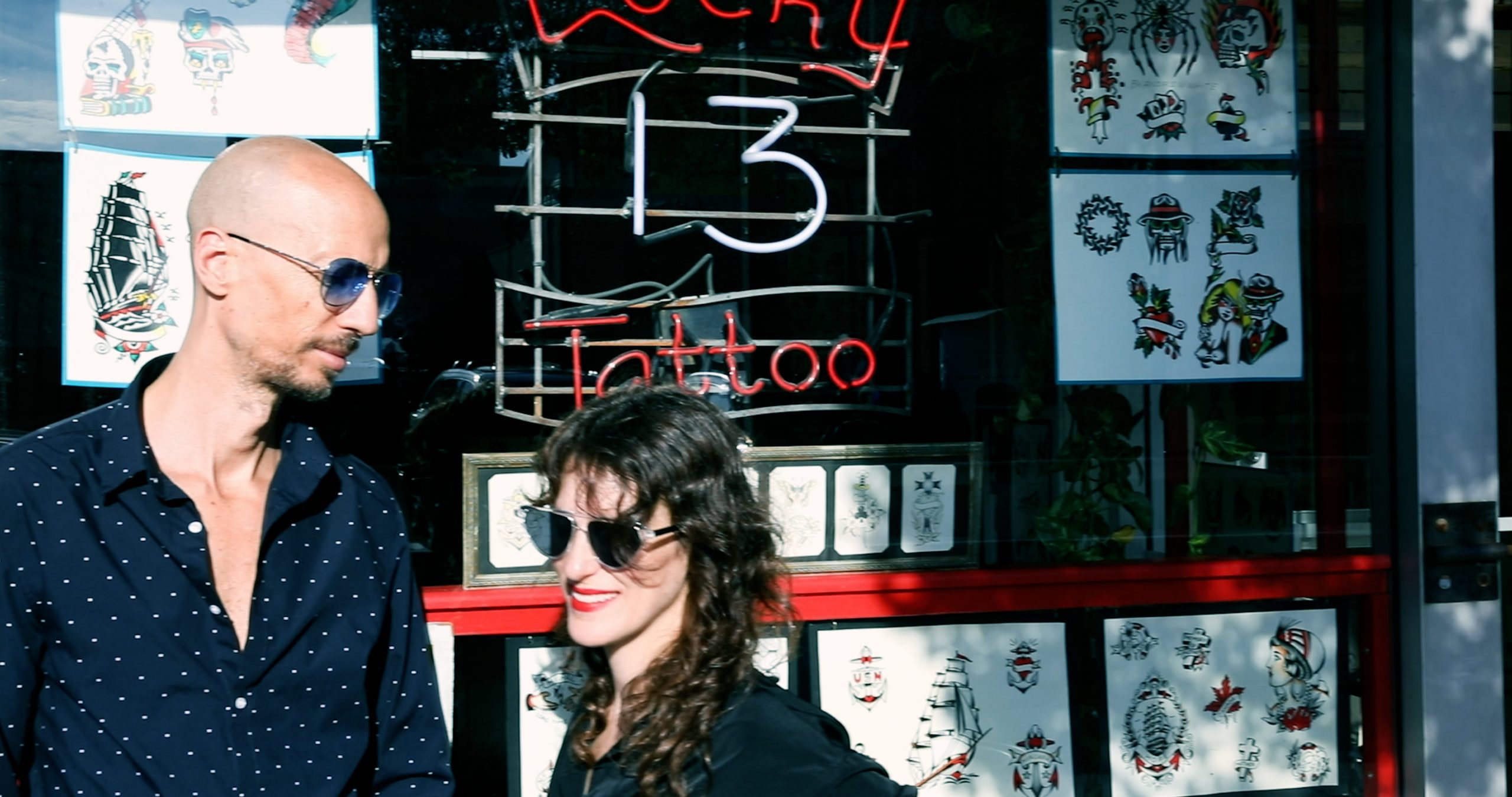 Closely following on the heels of the release of their new single “Testify,” Toronto-based rock duo Queens & Kings (consisting of Alissa Klug: drums/vocals and Brendan Albert: guitar/vocals) have unveiled the official video for the song. It is a song about finding your true purpose or calling in life and pursuing it with conviction.

“The chorus of the song kind of says it all: ”Keep on rolling, Till you die. Don’t just stand there, Testify!”  The song is basically about pursuing the things that you believe in and fulfilling your purpose while you are alive, because what else are we here for?  Go after what you want and do it full-heartedly and without fear, hesitation or procrastination, because in the end, the only thing we have to lose that has any real value for ourselves is our goals, our hopes and our dreams. We don’t need to live by any arbitrary time limits or restrictions. Life doesn’t seem so short when you forget about those social constructs and continue to pursue the things you really care about. In many ways, the song’s lyrics reflect the reasons this band came into being to begin with.”

“Life is always going to be a gamble. You have to just weigh risk vs. reward and play your hand and hope the cards are in your favour. When it comes down to it, there is only so much we can control, so sometimes we just have to let go, hope for the best and know how to shift gears when things don’t work out.    We play on themes of cards and gambling a lot, being “Queens & Kings.” It’s not necessarily intentional, but it just seems to have unfolded this way.    We felt that this location was a good choice for our video shoot and edited to try to capture a sort of late 70s / early 80s old Vegas sort of vibe, hanging around casinos and arcades and just playing the game of life.”

“Testify” is the fourth single off of the band’s upcoming album due for release later this year. Keep an eye out for future releases because they have some big things coming!

Watch the video for “Testify” below, and stay up to date with Queens & Kings via their socials.