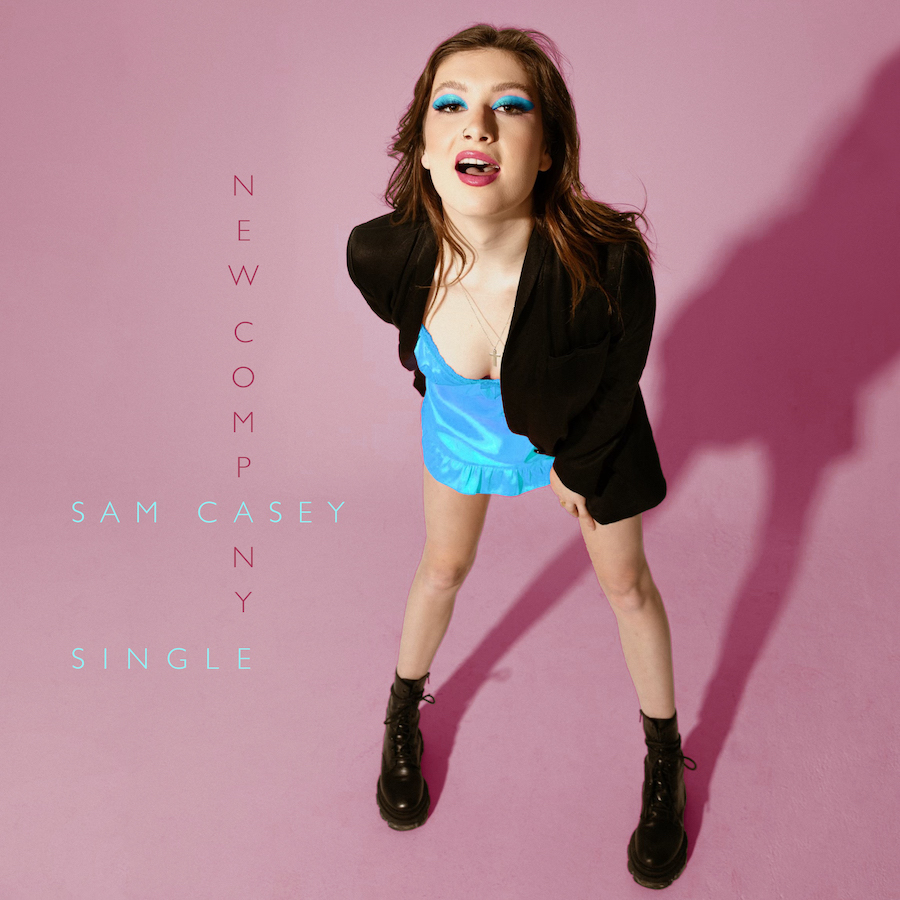 Drunk dialing your ex — or, worse, that person with whom you were just in a situationship — is never ever a good idea. And while Canadian pop songstress Sam Casey knows that, first, she’s going to wrestle with it for a while (like we all do) in her soulful and starkly honest new single, “New Company.”

Slow, smooth, sassy, soul ballad-y, and fresh from her forthcoming New Company EP, the song eventually concludes that the embattled narrator needs to find a new man. But just for tonight, she sits with her phone in her lap and fights with herself and an absent paramour.

Well, the clock strikes one
And I’m pissed drunk
I want to call, but I know I’ll fall
Back into your arms
Where I feel most calm
But you’ll mess it up like you’ve always done

Because of just how realistically Casey captures this internal monologue, it’s not surprising that it’s based on one of her actual experiences.

“‘New Company’ was written in my university dorm room,” she says. “I was involved with someone at the time, and we mainly saw each other after 1:00 in the morning. I was hoping for something more and, after a few months, I realized that he was never going to give me what I needed in a relationship.”

One of her diary entries became the inspiration for the lyrics, and an interesting beat she had found on the Internet served as the catalyst.

“I voice-recorded myself singing the page from my diary over the beat and showed my best girlfriends that night,” Casey recalls. “That diary entry became the chorus of ‘New Company’ and prompted me to pull from my journals for almost every song I’ve written since then.”

“This being my first music video for an original song, I was extremely excited to place a visual to my lyrics for new and old listeners,” she shares. “In the video, we feature the more melodramatic aspects of my character as she leaves a fight with her ‘wheel’ and drives home through the city only to see an angel-like figure — untamed and floating through the street — near the end of her trip.”

In all, going through the process of turning her feelings into both a song and video allowed her to move on from the crappy situationship — as well as the low self-esteem the one-sided fling had engendered.

“Since I wrote ‘New Company,’ I’ve been in three somewhat healthy relationships,” she reveals. “I can confidently say that, as soon as I started really loving myself and looking in the mirror like, ‘Oh girl, you are so funky and fresh today’ or ‘Damn, Sam, your personality is super unique and that’s a GOOD thing,’ I was truly able to demand what I deserved and not be afraid to lose someone if they couldn’t give that to me.”

Sam Casey’s EP Release Party is Wednesday, August 17th, at the Garrison in Toronto, and the EP is out on August 19.

Watch the video for “New Company” below, and find out more about Sam Casey via our mini-interview.

Care to introduce yourself to our reader?

Hiya, I am Sam – I grew up in the Beaches neighbourhood (East Toronto), dividing my time between sports and music- in high school, I really honed in on music and have been writing and performing music ever since. I absolutely love food – I am obsessed with cheese and bread… like obsessed. I mainly write by drawing from my journal entries to find a specific line or idea that sticks out as an “inside thought” I think those are the most important things to say out loud. My dog (Ozzie) is the goodest boy around town, don’t tell him, but I really want a kitten and will be adopting my own feline friend as soon as I move out.

The food and the festivals. There is so much to do around Toronto all year round. Whether it is the Christmas market in the distillery area, Jazz fest during the summer, or the many concert venues throughout the city, Toronto always offers something to look forward to as a local. The diversity of cuisine and the premium quality of the food and service is unbeatable.

What records or music were in the house when you were growing up?

My parents played many different genres when we were kids. Johnny Cash, Todd Rundgren, The Beatles, Rush, Louis Prima, Al Green, Toots and the Maytals, The Tragically Hip, The Chicks, Aretha Franklin and Joni Mitchell, and John Mayer were just some of the many artists my parents played throughout the day at home, during parties and long car rides. As a tween and teenager, I got very into Miley Cyrus and have continued to be a super fan ever since.

Miley Cyrus has always been my idol. However, the first music that really made me smile for no reason and just loves making music and taking chances was Supertramp. I was similarly swept away when introduced to 070 Shake l, BENEE, and Tame Impala. They all say and do something different, and I can’t get enough of it.

I think the most important album that every Canadian should have in their music library is “The Secret Path” album by Gord Downie. The album is essential to Canadian History, in general, the Tragically Hip is possibly the most notorious Canadian Band of all time, and they are some of the most influential songwriters I’ve ever come across.