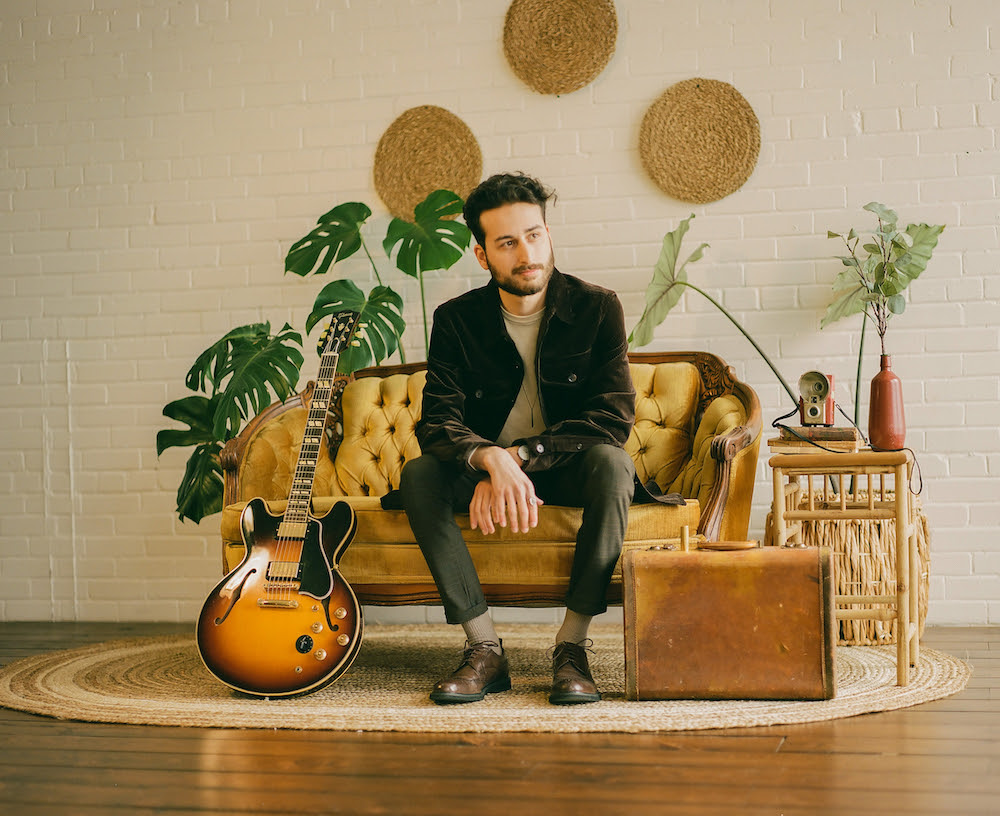 Produced by Ariel Posen and joined in the studio by bassist Gabriel Forget and drummer Denis Paquin, the ten original songs on the LP explore themes surrounding interpersonal relationships, social and political issues, the perception of truth, and being honest with oneself.  Recorded at Tone Bender Studios in Saladino’s hometown of Montreal, the album is infused with the warmth, immediacy, and history of the vintage analog gear the band used during these sessions.

Honest Lies follows Saladino’s natural evolution further into the roots-rock and blues realm with his deft guitar playing and carefully crafted, soulful melodies that highlight his authentic and impactful lyrics.

Justin Saladino has shared the single “Sink Or Swim” in advance of the album.

“I can’t deny that the pandemic influenced the songwriting,” says the guitarist. “Being stuck at home and watching people tear each other apart in the media certainly influenced me to write some of my first socially/politically themed songs like ‘Blind Faith’ and ‘Fan the Flames.’ I also can’t deny that going through a breakup didn’t influence my lyrics – though many of the ‘breakup songs’ were written pre-breakup which is interesting to me. I hope that listeners will ultimately feel good but not in a ‘forget about your troubles’ kind of way but rather in a ‘vanquish your demons and put your best foot forward’ way.”

“Sink Or Swim” starts with a strong solid beat. Next, the track is graced with Justin Saladino’s inviting vocals, which start out subdued, and his vocals are booming by the chorus. Put both styles together, and you have an outstanding roots/rock track.

Fans of various genres, from rock to roots to country, will likely enjoy this single. The chorus is so catchy that it’s near impossible not to sing along, and the beat had my feet tapping throughout.

Now onto the lyrics, which could easily relate to many of us who have gone through a breakup or saw a relationship failing. With lyrics, “We’ve come too far, and fought too hard, for it all to end this way…” and “Won’t you come with me, gonna make it through this together, I don’t wanna live with regret…” you can feel the emotion behind the lyrics. He doesn’t want to give up but knows it’s going in that direction anyway.

Listen to “Sink Or Swim” below, and stay up to date with Justin Saladino Band via their socials.

Check out the live performance of “Sink Or Swim” here.