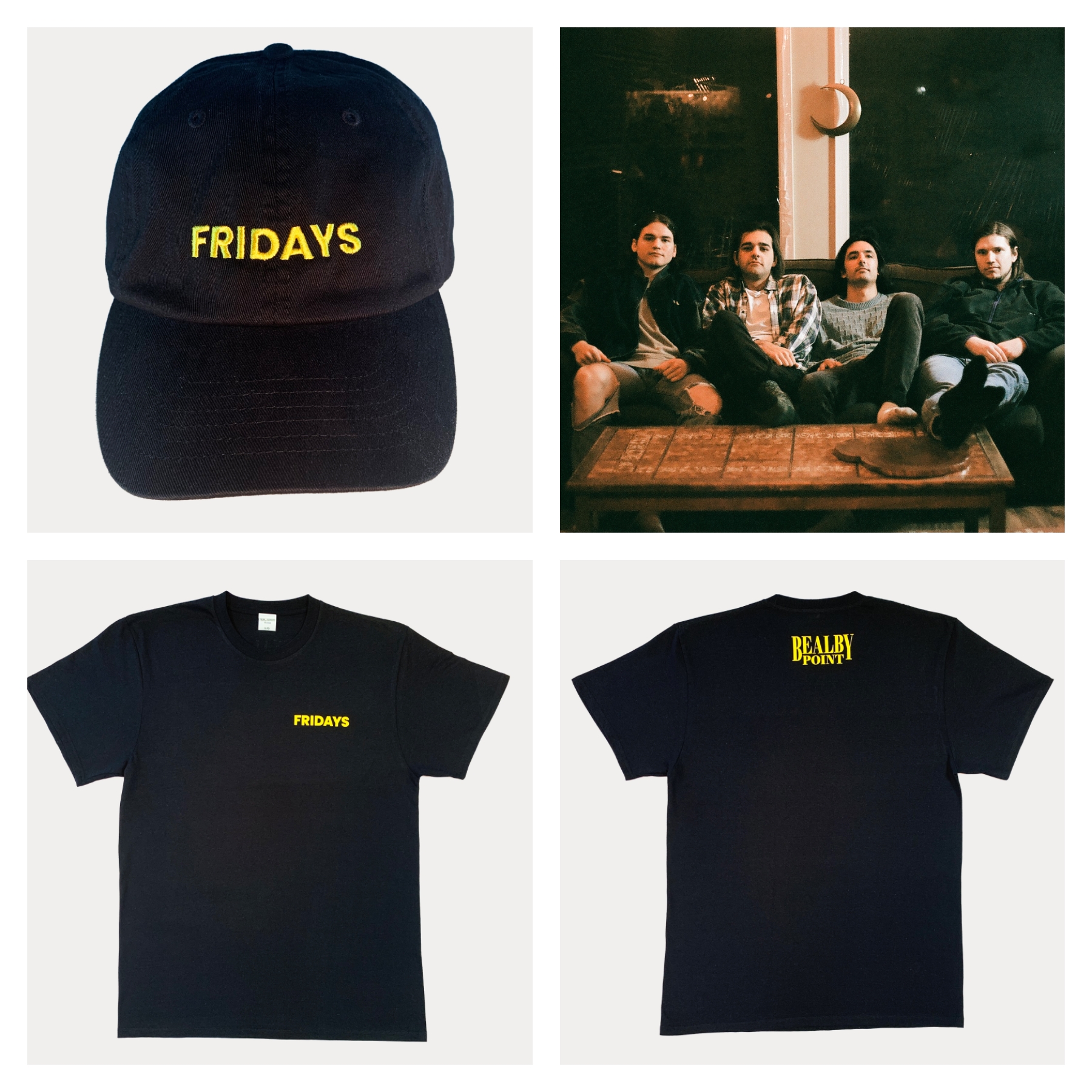 Bealby Point is like a cross between The Strokes and Eagles with a splash of Bahamas…on the rocks – no ice. Not unlike a gang of pesky neighbourhood kids from a Stephen King novel, Bealby Point spent their roaming youth sneaking out to parties, riding bikes, and exploring the night in the sprawling suburbs of Deep Cove, a coastal neighbourhood of North Vancouver, which also serves as a major inspiration to their songwriting, atmosphere, and energy.

Their new single, “Fridays,” comes from their sophomore EP, Fridays, recorded with veteran producer Matt Di Pomponio at Hipposonic Studio. The album is inspired by the band’s friends and the countless nights they’ve spent with them, always looking forward to Friday and finding out what was happening.

Bealby Point will be playing Fortune Sound Club in Vancouver on August 19. Get tickets here.

We’ve teamed up with the four-piece band to give away some Fridays themed merch.

One winner will be chosen on Wednesday, August 17, and will receive a Fridays themed hat and t-shirt!