Home / Promos / The AltoRays unveil their single, “The Hop”

The AltoRays unveil their single, “The Hop” 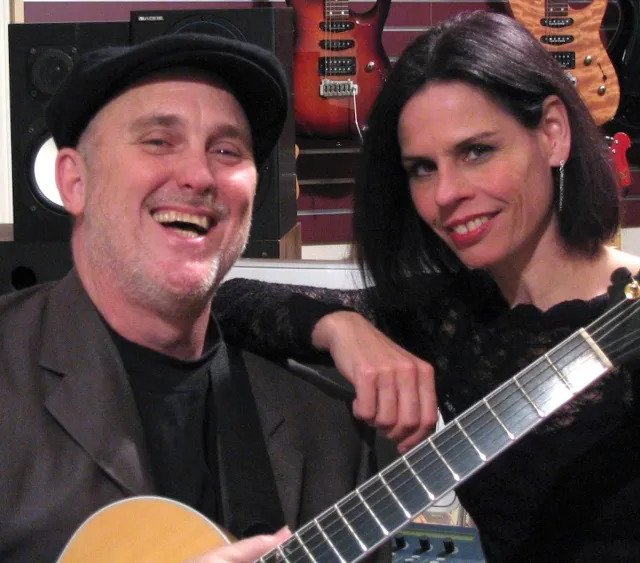 The AltoRays is made up of Montreal-born-and-raised, Austin-based vocalist Dianne Donovan and Austin, Texas-based guitarist, composer, and producer Mitch Watkins. The duo has created a space-funky ‘ChillJazz’ bop from their debut album, Back to the Light.

In the vast ocean of sound, the artists that rise to the top usually ride a wave of their own unique voice and innovation. Enter eclectic jazz duo The AltoRays, who continue to carve their own exciting improvisational path with the third groovy single from their debut album Back to the Light, “The Hop.”

With a super funky, percolating bass line, driving, snappy percussion, tasty horn, and keyboard hits, and improv vocal scats, “The Hop” is a total groove mood and a time trip that zooms back to the swingin’ ‘60s and forward to the future at the same time.

Once again, Watkins and Donovan have combined their hunger for exploration, experimentation, and mad scientist motivation to create a fresh approach and feel to a genre with deep roots and tradition. The duo refers to the eight unconventional and highly collaborative songs on Back to the Light as creating a new genre category called ‘ChillJazz.’

“It took a pandemic!” Watkins says, giving silver-lining credit to the two-year, global health crisis for allowing him and Donovan enough time in their schedules to finally create their long-planned duo album, Back to the Light, released in November 2021.

“The music is unlike anything either of us have done before,” notes Watkins. “Instead of straight-ahead jazz, we explored every music form that has ever influenced us from Steely Dan to Weather Report, to Philip Glass to groove, R & B and pop.”

Collaborating in what they fondly call ‘Pent-Up House,’ Watkins and Donovan found the great flow of creativity to be unstoppable.

“There was something truly magical about those late-night sessions,” recalls Watkins. “The spirit was uninhibited, and we’d try anything and everything.”

“The Hop” is perfectly representative of those late-night, anything and everything sessions and has a video to underline it all visually. The psychedelic video reflects the pop of the ’60s in more innocent times. The video, by E. Buschek, uses a visualizer and analog visuals.

Donovan’s vocals on “The Hop” and all throughout Back to the Light are wordless, improvisational, and melodically textured, creating their own song within a song.

“This is the freest I’ve ever been as a vocalist,” says Donovan. “I got to explore the multi ranges of my voice and the textures, from an all-hummed tune to all-whispered singing, to animal sounds.”

As the duo at the creative core of The AltoRays, Watkins, and Donovan both have deep wells of experience to draw from.

Watch the video for “The Hop” below, and stay up to date with The AltoRays via their socials.