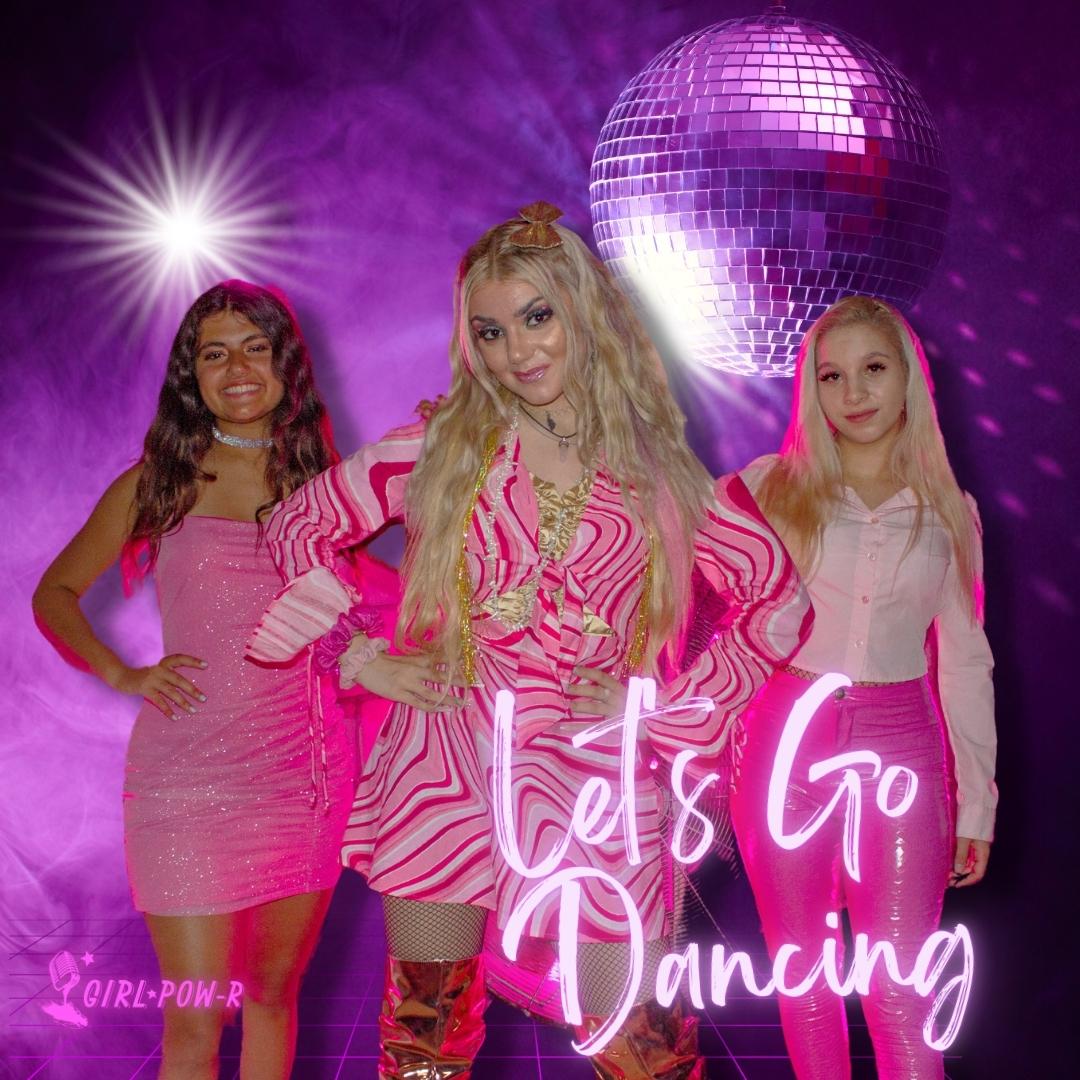 Girl Pow-R say “Let’s Go Dancing” wherever you are

The teenage powerhouse of Girl Pow-R is back with their club floor anthem, “Let’s Go Dancing.”

The JUNO-nominated collective of teenage songstresses features Emma (Hamilton), Cindy (Richmond Hill), and Carina (Markham). “Let’s Go Dancing” is the fourth single off their sophomore album. Produced by Jovan Jovanov and Ivan Jovanov IWAYO, the single combines elements of Dance, Alt Pop, and ElectroPop. The message is “a reminder to listeners and fans that they can dance their cares away and love the other people they are with, and be totally in the moment, and free!”

The vocals shine in the song, running through an impressive range and harmonies. Hot on the heels of their previous releases, “Galaxy,” “The Signs,” and “So New,” Girl Pow-R are consistently challenging themselves as performers and entertainers. “Let’s Go Dancing” is an up-tempo instant dance classic that forces you to groove and beckons you to the dance floor.

“”Let’s Go Dancing” is about dancing and enjoying yourself at parties, or just about anywhere, with your friends!” says Cindy, adding: “Dancing can brighten everyone’s mood and should be done more often!”

Adds Carina: “The best time to break out into dance is at a party when your favourite song comes on! There’s nothing like grooving to a great song with friends and family. It’s so much fun to sing the song, dance along, and share a great moment with people that mean a lot to you. These memories last forever!”

Forming on International Women’s Day in 2017, Girl Pow-R intends to uplift, inspire, and bring joy to their young fans around the world. Their debut album has been streamed over 2.2 million times across all platforms in over 240 countries worldwide, as well as going viral on TikTok with over 1.1 million views alone. Nominated for a JUNO Award in March 2020 for the Children’s ‘Album of the Year’, making Girl Pow-R the youngest ever nominated in any category at the time. Since starting, the group has won a Family Channel Singing Competition, as well as nominations for Niagara Music Awards ‘Best New Group’, a Toronto-Independent Music Award, and hand-picked to recreate the Mysticons’ Theme Song.

Now armed with “Let’s Go Dancing,” Girl Pow-R are once again stealing the hearts of their legions of fans around the globe.

“This song is about living life to the fullest and having fun and dancing all night!” says Emma. “I hope listeners will take away the message to have fun with life and always take the opportunity to go dancing, or just dance on their own!”

Listen to “Let’s Go Dancing” below, and stay up to date with Girl Pow-R via their socials.