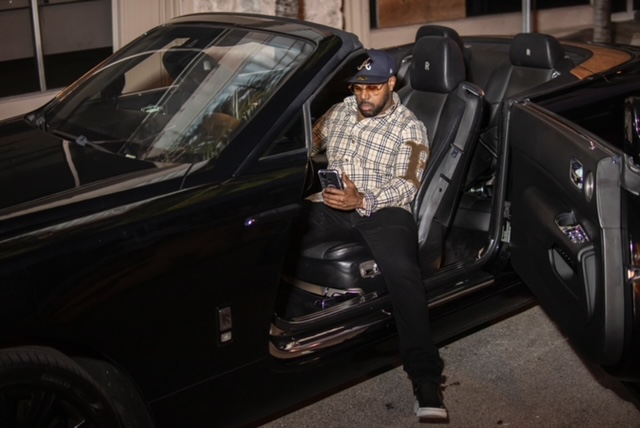 “I Don’t Know EL Chapo” surely had Rock Da House fans excited about the artist’s own renewed excitement for hip hop and where he’ll take it.

Known for conveying excitement & upbeat passion, Rock is a favorite of fellow artists.  He’s opened for the likes of Rick Ross, French Montana, Fabulous, Diamond & Method Man, bringing his own brand of excitement to the stage.  Rock will continue doing what he does best, looking for what’s next, and always pushing himself and his music to the limits.

Listen to “I Don’t Know El Chapo” below, and find out more about Rock Da House via our Five Questions With.

My Name is Mark Thomas Aka Rock Da House.  I’m a Trinidadian who lived in New York For a couple of years before residing in Canada.  Toronto, to be Specific.

From my high school days (Winston Churchill ), that’s when I was caught by the Hip Hop Bug.  Back then was also when I started promoting and throwing my own events geared toward all ages.

After making a name for myself, I moved on to big events and started djing all over the city, country, and different countries.   I’ve made several appearances on Broadcast Networks. Examples are MTV, BET, Many Radio Stations, and even my own visual magazine, called Ambush TV.

Having a brand and an entrepreneur’s spirit, in the early 2000s, I opened my own music and clothing store.  A few years later, I opened my First Barber Salon to date. I now own two locations.  One Location 70 Dundas St East Downtown Toronto and the 1172 Kennedy Rd Scarborough.

I give all the credit to God, my Family, and my background in the music industry.  Who am I?   I’m a Passionate, Loving, Generous, Hard Working, and Determined Individual.

“I Don’t Know El Chapo” has been in my head for approximately 5 to 6 years. Because I’m in a very creative space, I finally decided to record the song.  The beat was produced by Audio Butter and myself.

To produce the song in its entirety took about 4 to 5 days.  The very catchy chorus and heavy production seem to be liked by everyone that has heard it thus far.  With the help of the public and the media outlets, it looks like organically, it will be one of those songs we’ll be hearing throughout the rest of the year.

Being a music lover and a lover of all genres of music with my background of being a DJ.  It is safe to say music is a very vital and important part of my life.  The vibes just come to me.  Whenever it Comes.  Music is just a form of expression and another way of being creative.  My inspiration comes from just living my day-to-day activities for a filled life.

Seeing that CARIBANA has just passed in Toronto.   I’ve done just over seven appearances in the last two weeks.   Before Summer is officially over, I’m in talks about having an official single release party, and I’ll set up a mini tour in and around the city to promote my latest release.

I’m really focused on developing my real estate portfolio and establishing my new barbershop location on the Eastside of the city. Also, I’ll drop another single before the year is out.   Putting it simply, I’m focused on keeping busy and becoming more successful.