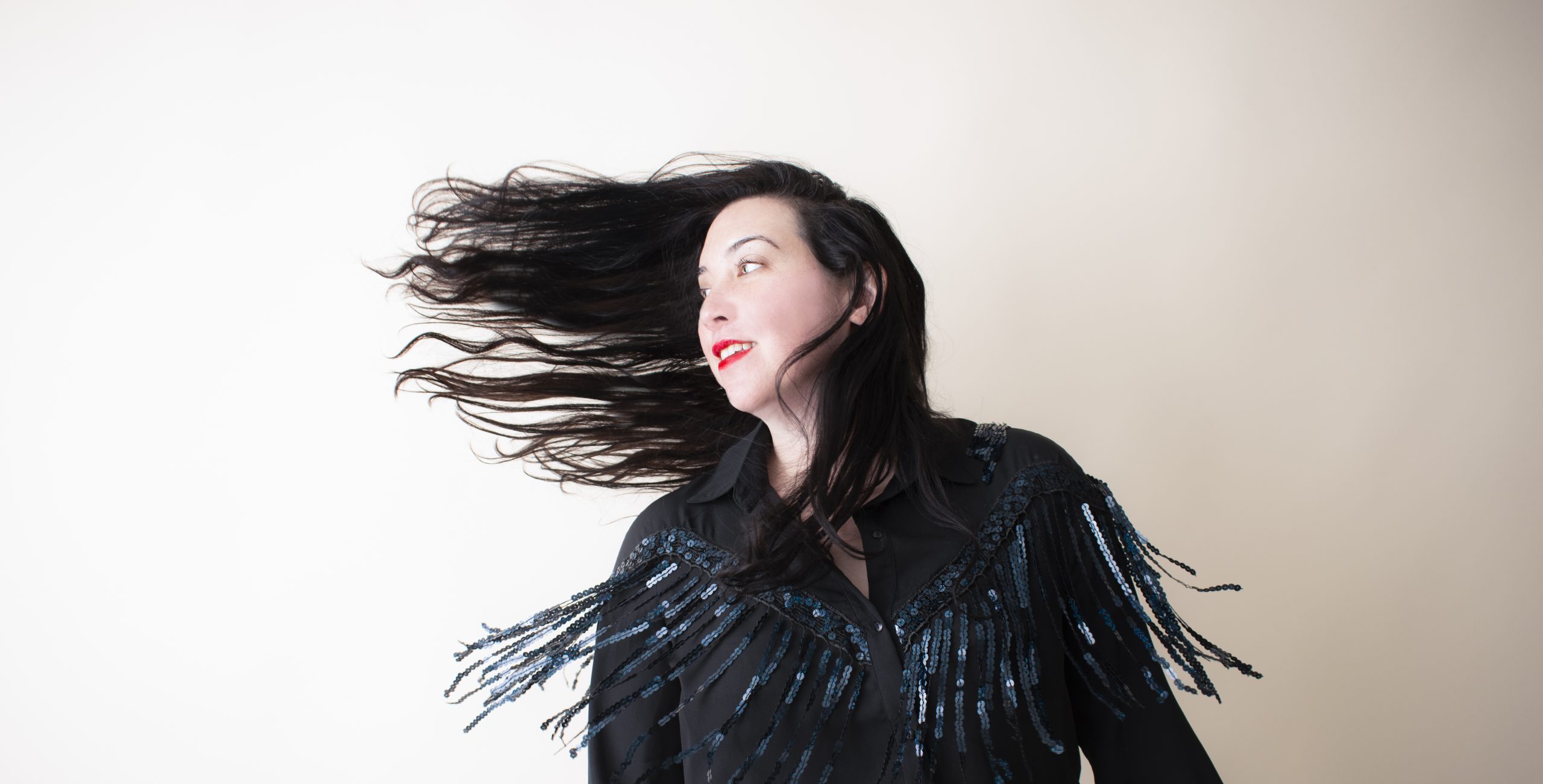 Featuring bold piano and moody, dramatic strings, “Shades of Grey” can be taken as both a challenge to think critically as well as a song about the tumultuous end of a relationship. The lyrics are passionate and also open to interpretation. “I’m so sick of talking/ And you taking offense/ As you pontificate/ While sitting on the fence,” Humber sings.

The one thing she knows for certain, however, is she can’t succumb to wishy-washiness or too rigid thinking. The longing for a deeper connection is visceral and palpable: “Engage in conversation/ Meaningful and true/ It never hurts to listen/ To another point of view.”

“‘Shades of Grey’ is an anthem for the times,” the Toronto-based artist says. “Born in the midst of misinformation and fake news, this song is a rallying cry urging listeners to ask questions.”

The song is one of eight on Humber’s new EP, The Space Between — slated for a late-August release. The project represents the renewed commitment Humber made during the pandemic to her own music; up until then, she had always worked behind the scenes as a stage manager on most of the commercial musicals that have played in Toronto.

“I love that job,” Humber says. “I thrive on the fast-paced, exciting world of ‘backstage’ life. Music has always existed in the space between my professional ambitions and the blue skies version of my life.

“I don’t want to call this a ‘pandemic record,’” she continues, “but I would be remiss if I didn’t acknowledge that in March of 2020, Covid-19 not only changed life as we know it on a global scale, but it also had a significant impact on a micro individual level.

“When it felt like everything else had been taken away, music and the stories I wanted to share through my own creations were the only thing that made sense.”

Blending dreamy alt-pop, melancholic rhymes, hopeful optimism, and elements of adult alternative to create a unique sound that rises from the ashes of the pandemic, The Space Between highlights life in the space between the good, the bad, and the messy.

Humber collaborated with producer and guitar master Justin Abedin, who she met while working backstage on the musical, Come From Away.

“Justin has this incredible ability to breathe beauty into everything he does and knows exactly how to frame and shape my lyrics and melodies into something that feels authentically me,” Humber shares. “Without him, I don’t think these ideas and songs would exist outside of my own heart and mind.”

Watch the video for “Shades of Grey” below, and find out more about Lisa Humber via our mini-interview.

Hi! I’m Lisa Humber, a singer-songwriter based in Toronto, Canada.

I love the entertainment options, the music scene, the theatre community, and the spirit that encapsulates the city on game day-any game really- there is literally something for everyone. I’m obsessed with the never-ending food choices and all the various neighbourhoods to explore. I love living in Toronto as it’s been my home base for many years, and I can’t imagine living anywhere else.

You now have a megaphone and the world’s attention, and you get to say one sentence, and everyone will follow it. What do you say?

Be Brave! Lead with kindness and generosity.

This is a tricky question for me because I feel like I’m constantly being knocked sideways by incredible artists. I crave to be constantly inspired and find myself falling in awe with music frequently. But I’m going to throw it way back and say that the first time I heard Smells Like Teen Spirit by Nirvana was a game changer for me.

This is a hard one. So many of my favourite albums are by Canadian artists, but if there is only one, I’m going to have to say Blue by Joni Mitchell.