Eaten By Sharks – Five Questions With 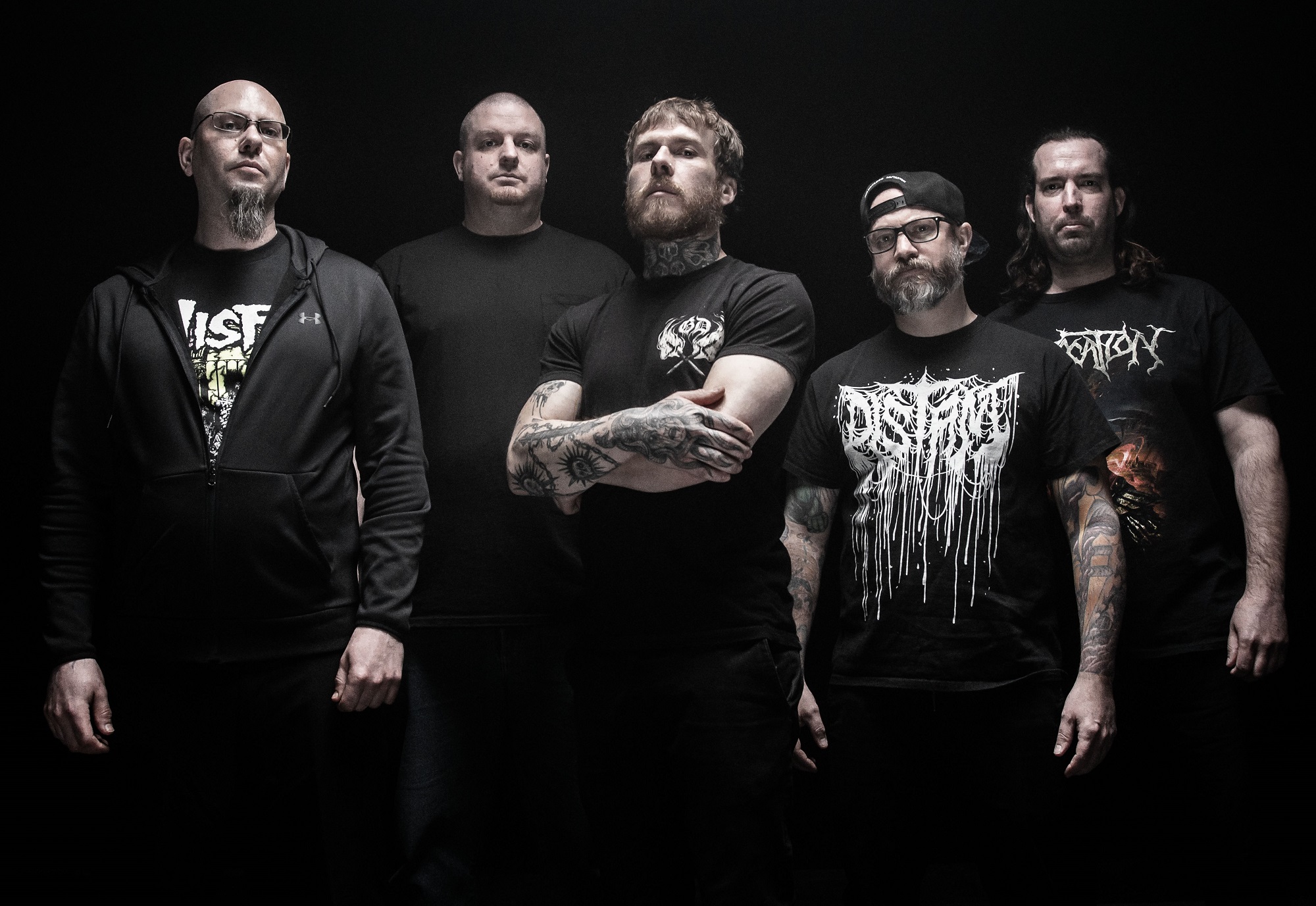 From the depths of the Niagara region in Canada comes Eaten By Sharks with their new album Eradication, due out on August 26th.

Produced by Chris Donaldson (Cryptopsy), they are now ready to take listeners by storm with the follow-up to their 2013 debut, “We’re Gonna Need A Bigger Boat.” Heavy odd-time beats swirl into catchy riffs, with sonic elements reminiscent of Meshuggah, Dethklok, and Dying Fetus.

In advance of the release, the band has unveiled their single, “Shallow Water,” along with a lyric video to accompany the release.

Watch the lyric video below, and find out more about Eaten By Sharks via our Five Questions With segment.

Matt: We are Eaten By Sharks, a Canadian band from Niagara, Ontario. Our music is a unique spin on the Tech Death Genre. We also portray, visually and lyrically, an oceanic theme, as our name suggests.

Matt: The most recent release, Eradication is a 7-song album that takes you on a nautical journey through the horrors of the deep. We released three singles, including two high-quality lyric videos and a music video. If you like death metal and you like sharks, then you are going to love us!

Chris: We have put more focus on social media and marketing to promote our album release. During the pandemic downtime, we produced two lyric videos, a music video, and two high-quality instrumental playthroughs. We have an album release show planned for the end of August 2022, and we plan to play as many live shows as we can thereafter. Hopefully, no more lockdowns will pop up; the toll it has taken on live music has been dreadful.

Justin: We would love to work with Despised Icon. One of the tech-death/deathcore genre pioneers and fellow Canadians. I remember hearing DI for the first time almost 15 years ago; their technical style of music play blew my mind.

Chris: After the album release, we plan to do more interviews, live-to-air events, and as many live shows as possible. Now that the album is finished, we are shifting focus to playing live shows and spreading our music…and then… it’s back to the shark tank to create more sickening riffs!