Home / Interviews / Too Much Of Anything shares their new single, “Just For The Night”

Too Much Of Anything shares their new single, “Just For The Night” 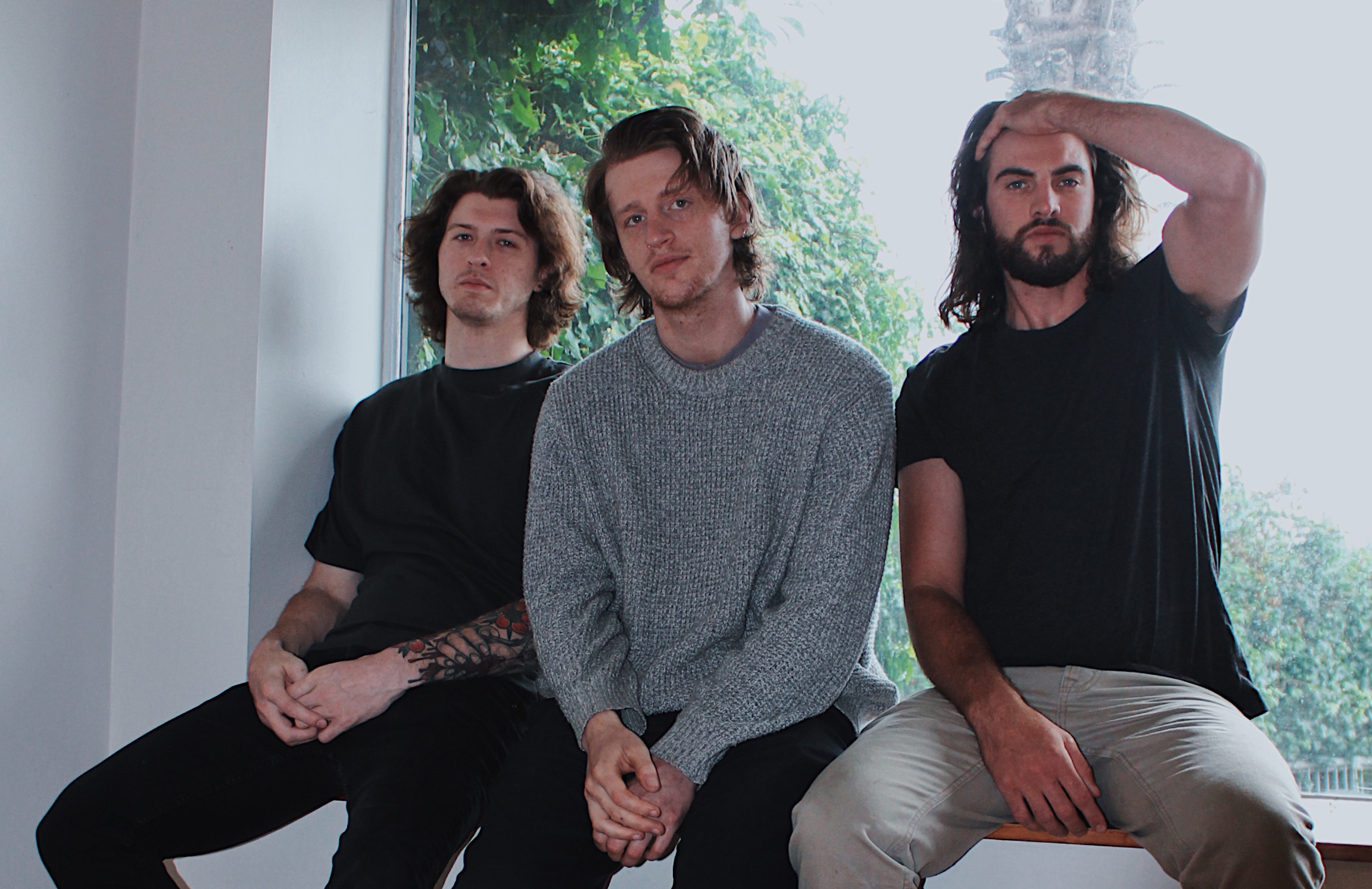 Too Much Of Anything releases their new single, “Just For The Night”

The latest single from Too Much Of Anything is perfect – even “Just For The Night.”

The alternative-rock trio from White Rock, BC, delivers an indie rock anthem, chock full of rushing percussion and led by an electric hook that resembles a 60s surfer wave, stamped with a modern flare.

Drawing on their inspirations from Nirvana, Queens of the Stone Age, and Green Day, Too Much Of Anything executes a post-90s punk with rock and roll charm, dynamic energy, and captivating lyrics. Built of Keenan Strand (vocals, guitar, writing), Stefan Sattran-McCuaig (bass guitar, writing), and Liam Wilson (drums), the band is set to drop their full-length, “Just For The Night,” produced by Eric Mosher (The Warehouse Studio).

Their title track is a fast-paced introduction to the band and their sound. It’s a rollercoaster, packed with energy where emotions run high. According to the group, the track started from a jam session and became the sonically exciting offering you’ll want to stream again and again.

“When everybody wants to have a good time without consequences, the line ‘how are you gonna handle this in the morning when you’re sober?’ is the voice of reason in your head,” says Too Much of Anything. From Wilson’s high-end drum score to Sattran-McQuaig’s pulsating bass line and Strand’s introspective lyrics, “Just For The Night” is an all-encompassing kaleidoscope of good vibes and great music.

As Too Much Of Anything explains, “When Keenan writes ‘make a mountain of a molehill, so I can hangout with my demons’, he is expressing the overreaction of issues, sometimes on purpose, to feel a specific way. The chorus line: ‘Maybe I’m just, maybe I’m just losing my mind, it’ll be clear, it’ll be clear all in due time’ showcases the problems of falling to the same impulses and not accepting the realities of those actions until later.”

Listen to “Just For The Night” below, and find out more about Too Much of Anything via our mini-interview.

Too Much of Anything is an alternative rock band based out of White Rock, BC, that brings a fresh take to familiar music styles. Focused on writing dynamic, high-energy instrumentals and captivating lyrics, their sound is rooted in 90’s grunge and punk rock, drawing inspiration from artists like Nirvana, Green Day, and Queens of the Stone Age.

Returning to the stage post-pandemic, Too Much of Anything is committed to delivering memorable, energetic, alt-rock shows with music you can connect to and engage with.

What’s the best part of living in White Rock?

For us, the best part of living in White Rock has to be the proximity to the ocean – there’s nothing like walking out your door and being at the beach in 3 minutes.

We’ve been lucky enough to rent a house together in White Rock, where we converted a room to be our “foam booth” so we could play music without disturbing the neighbours. With foam and blankets stapled to the wall, we did our best to soundproof, only to be asked by our neighbours to open the doors up so they could hear us better!

Honourable mention goes to the great local breweries, beautiful views of Mount Baker and the Salish Sea, and the constant ocean breeze.

How did you three first meet?

The simple version of the story is that Stef (bass) and Liam (drums) started jamming in a basement with some friends. After learning some covers and playing a set at a house party, Keenan (vocals/guitar) asked if he could join in. The group started jamming at this party and immediately clicked, so a plan to get together with clearer heads was made. Fast forward five years, and here we are.

For each of us, music has been such an important part of our lives. We all have similar taste that casts a very broad net over all genres and styles. But there have been a few artists that have stood out majorly in each of our lives.

Stefan: For me, it would have to be Jack White. I have always loved his raw, high-energy sound and the electrifying stage presence he has. I also really enjoy his minimalistic approach to riff-based songwriting. I try to bring the same hectic energy to my performances whenever I step on stage.

Liam: My first experience with musical genius was when I received an Eric Clapton cd when I was very young. I would listen to this cd on repeat out of a digital clock radio/cd player. And when my parents said it was time for bed, I would tuck the cd player under my pillow so I could listen some more. Clapton has become such a hero to me that I even named my dog Layla!

Keenan: The Beatles were the first band to knock me sideways, my dad would always play them during our road trips, and I was hooked by their catchy song structure. They also provided a lot of depth in lyricism and structure when I would rediscover their music in my teenage and adult years.

Stefan: One album I can listen to any time, anywhere, is from a band based in Vancouver, BC. That album is “Ancient Mars” by The Zolas. It came out in 2012, and even a decade later, I sometimes find myself listening to it on a loop. Some personal favorite tracks from the record are “Escape Artist,” “Knot In My Heart,” and “Cold Moon.”

Liam: “Fully Completely” by The Tragically Hip. If you’re a Canadian and you don’t know most of the words to classics like “Wheat Kings” or “Fifty-mission Cap,” I think you should have to apologize to a beaver.

Keenan: Everyone should listen to “Salad Days” by Mac Demarco. It is the perfect collection of songs. Not only did Mac pave lanes for independent music makers, but this album specifically has a nice introspective tone that leaves you feeling like you learned something important.