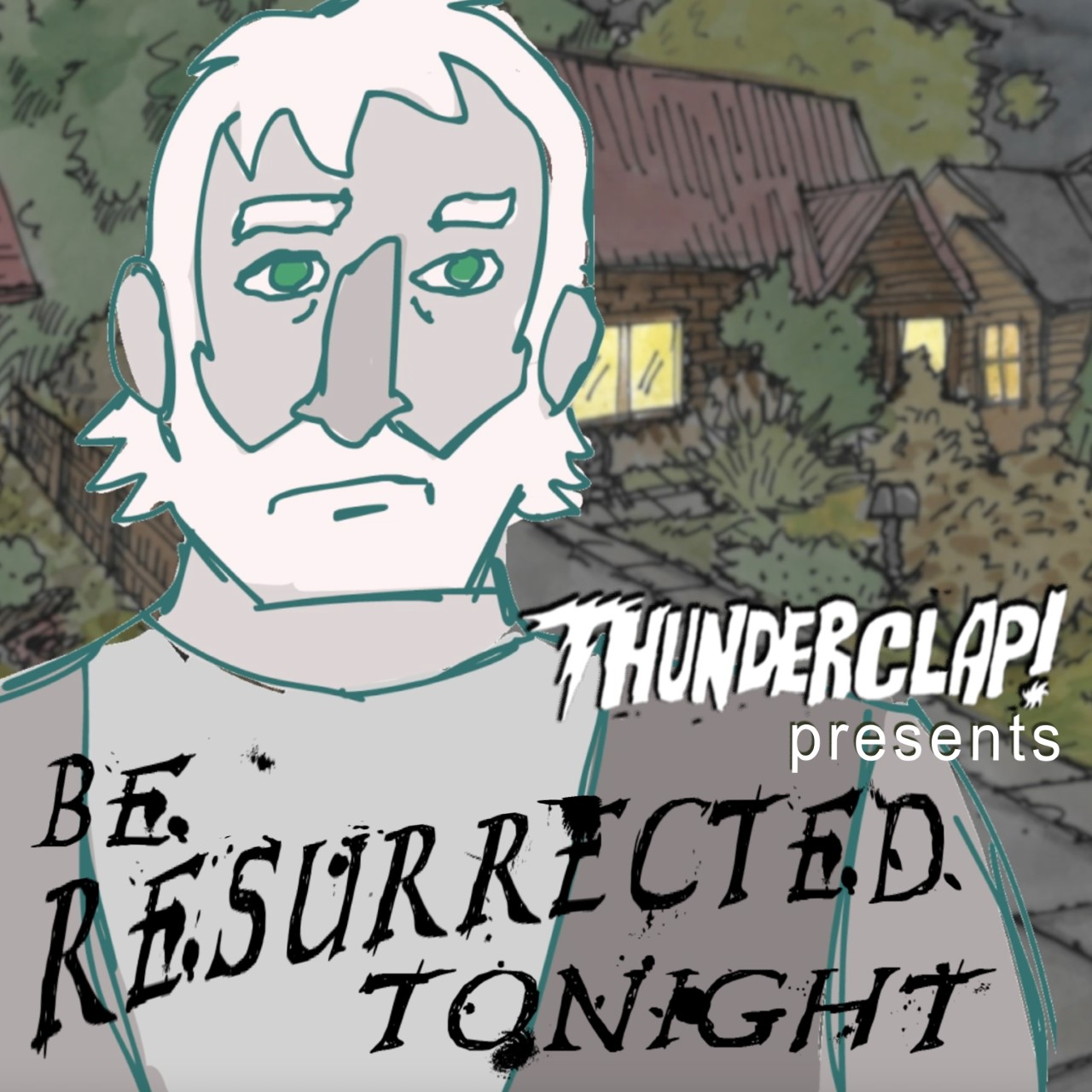 The unquestionable strangeness of modern times is brilliantly captured by Niagara Falls-based psychedelic folk artist THUNDERCLAP! with an eclectic new single about one of the region’s most captivating residents “Be Resurrected Tonight.”

A harmonic delight for audiences, the track tells the tale of an avant-garde individual named Hugh MacDonald from the Niagara region; MacDonald was known by many locals to be a relentless artist of several media with a kind soul and THUNDERCLAP! decided to immortalize him, and all of the mystique around his life and death, with a song that does justice to his legacy.

The legend is brought to life through infectious vocal harmonies and a writing style that acts as a philosophical account of life — while also being a dark comedy. Rhythmically described as The Beatles in 2022 — but with more LSD — THUNDERCLAP! conducts a cacophony of instruments on “Be Resurrected Tonight,” blending cinematic lyricism with a punchy singing cadence to create something profoundly distinguishable from anything you’ve likely heard.

“Two weeks before you left, you closed your bank accounts,
And showed us what came out, you threw it in the air,
Because you didnʼt care. Yea, isn’t life so funny?
Although Chornobyl hurt you, it didn’t kill you first;
We actually suspect it was the tainted liverwurst.”

The psychedelic singalong is set to appear on the highly anticipated new album, Strange Songs For Strange Times, due October 15th, 2022. Like a sonic Rubiks Cube carefully puzzled through over two years, the forthcoming album is a commentary on the state of society and self-actualization. Accepting people with all their idiosyncrasies is no longer taboo, and THUNDERCLAP! Is just taking it all in; society has awakened to its own sense of place in this world.

Watch the video for “Be Resurrected Tonight” below, and find out more about THUNDERCLAP! via our mini-interview.

Hi everyone, THUNDERCLAP here. Well, I’m originally from Chippawa Niagara Falls. I battle with controlling my Tourette’s, my self-esteem, the meaning of it all, and the relevance of my own artistic output. It’s all a battle. But at the end of the day (which might help some of you), my mantra is: it’s not for me, and it’s not from me! The more you say this to yourself, perhaps the more it might make sense- without me having to explain it.

What’s the best part of living in Niagara Falls?

Well, it’s my hometown, and I always gravitate back, although I can’t wait to get back on the road again. Although I’ve lived in Toronto and other parts of the world (which shall not be revealed), I embrace Niagara Falls and its warped and kooky subculture undercurrent, it’s something you can’t put your finger on but everyone who lives here feels it. Being that politics here are heavily swayed by the tourism industry, A good percentage of the populace has been irked by its lack of culture. Still, it’s getting a little better, bit by bit year after year- fortunately.

For those who might not be aware of Hugh MacDonald, why choose to honour him in your song?

He performed in my band for a few years, and besides being absurdly talented, a confident solo artist & inquisitive like a child, he was just so supportive of what I was doing as an artist. His unselfishness was admirable. When he suddenly passed away, I hadn’t talked too much for six months, and I went and parked my car outside of his empty house for a good many hours one night. I was trying to communicate with him and tell him I was sorry I hadn’t been in touch lately. And that’s when the memory of him pointing to the sky ‘as the clouds sauntered past the moon’ came to me. As I further thought about his interesting life, I started to do interviews with his close friends and even visited a psychic, and I was possessed with documenting his story and honouring him via this song. . . Interesting fact: a bunch of the people that knew Hugh are singing on the recorded track.

The theme song to “The Greatest American Hero.”  So much so that when I was around five years old, I demanded that my mom pull off on the side of the road and start transcribing the lyrics to the song while it played on the AM radio. Soon after, Billy Joel and Kenny Rogers.

The first answer that comes to mind is Blue Rodeo’s Casino.