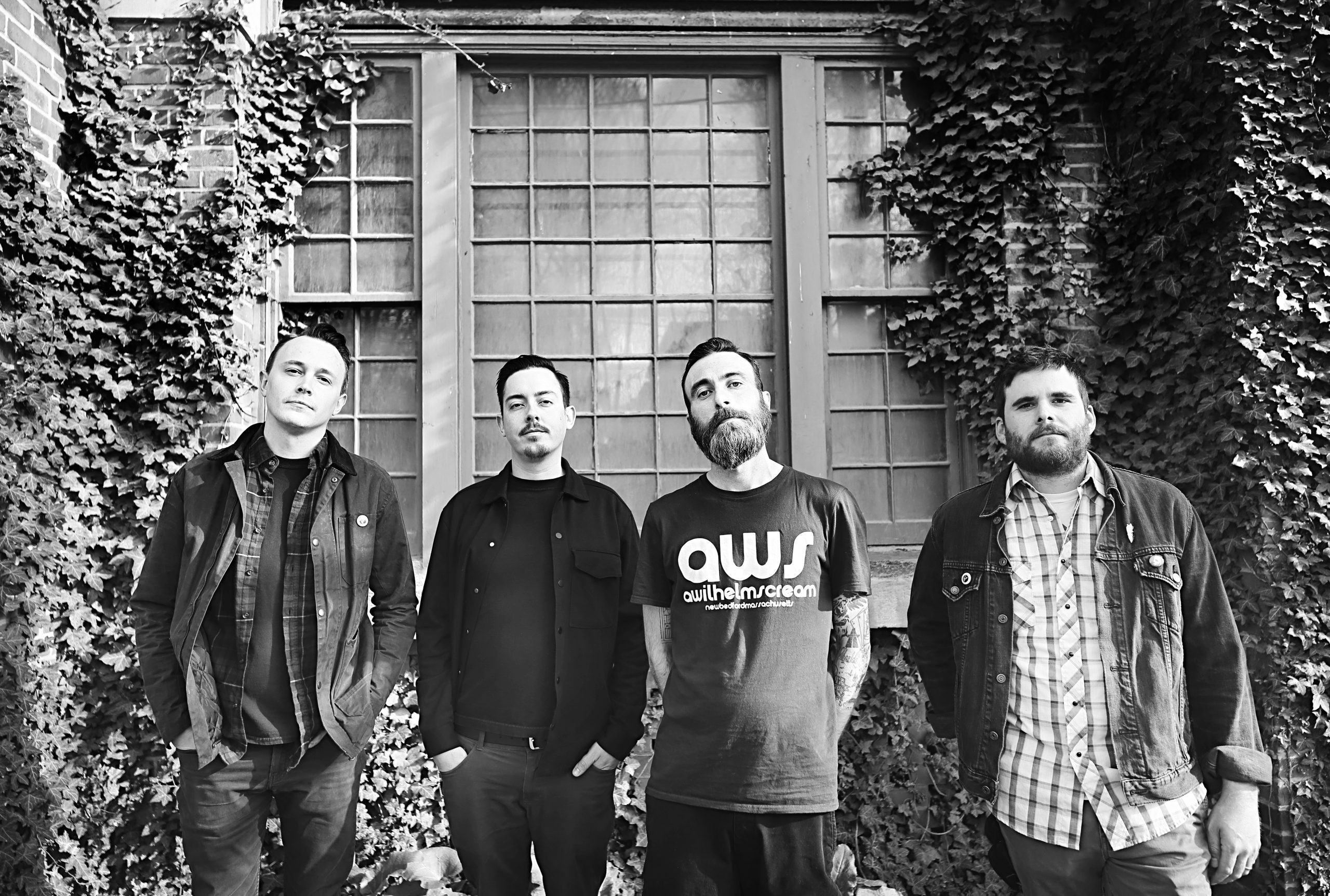 New Ruin is a shot of pure adrenaline from a band striking out at outdated institutions and ideologies via impeccably crafted pointed lyrics. Produced by lead vocalist Chris Cresswell along with the rest of the band, New Ruin sees The Flatliners attacking each new track with a ferocity and intensity that will surprise even long-time fans. From the monstrously discordant hits that open the album through the de facto thesis statement of “Heirloom,” it’s clear that The Flatliners are angry in a way we’ve never heard before. Recorded at Toronto’s Noble Street Studios and Genesis Sound with long-time friend and engineer Matt Snell, the album sounds both open and immediate, the cumulative effect of two decades performing together.

“New Ruin is equal parts love letter and hate mail, empowerment and embarrassment, hopefulness and despondency. For the first time in a long time, we’re looking out instead of in, and it’s not all pretty,” shares Cresswell. “There’s a new weight to the world now we as people can’t deny, and the only way to make this record was to try to achieve that same feeling in these songs. They’re angry because we’re angry. They’re loud because these are the things we need to be loud about. No better way than through. No brighter way to burn.”

Cresswell had this to say about “It’ll Hurt,”

“It can be hard to find your place in a world that’s always moving. The growing pains synonymous with carving out a space to call your own usually end up as accomplishments in the rear rear view, but when they’re still in front of you, when they envelop you, it’s a fight you can’t help but feel. For everybody digging in to find what’s truly theirs, to make something their own, the mountain can be brutal. But it’s worth the climb home.”

In support of their new record and the band’s 20th anniversary, The Flatliners will be spending the next few months touring across Europe, the U.S, and Canada, with Canadian dates in Vancouver, Winnipeg, Edmonton, and Calgary in September. The band will return to the road later in the year for December dates in Quebec City, Ottawa, Montreal, and Toronto. Dubbed The Holiday Mêlée weekend, the two hometown shows in Toronto will take place on Friday, December 16th at The Great Hall (recently moved from Longboat Hall) for a special full band acoustic performance and on Saturday, December 17th at the Danforth Music Hall. Tickets for all Canadian dates can be purchased HERE, and a list of all confirmed dates can be found below.

Listen to New Ruin below, and stay up to date with The Flatliners via their socials.