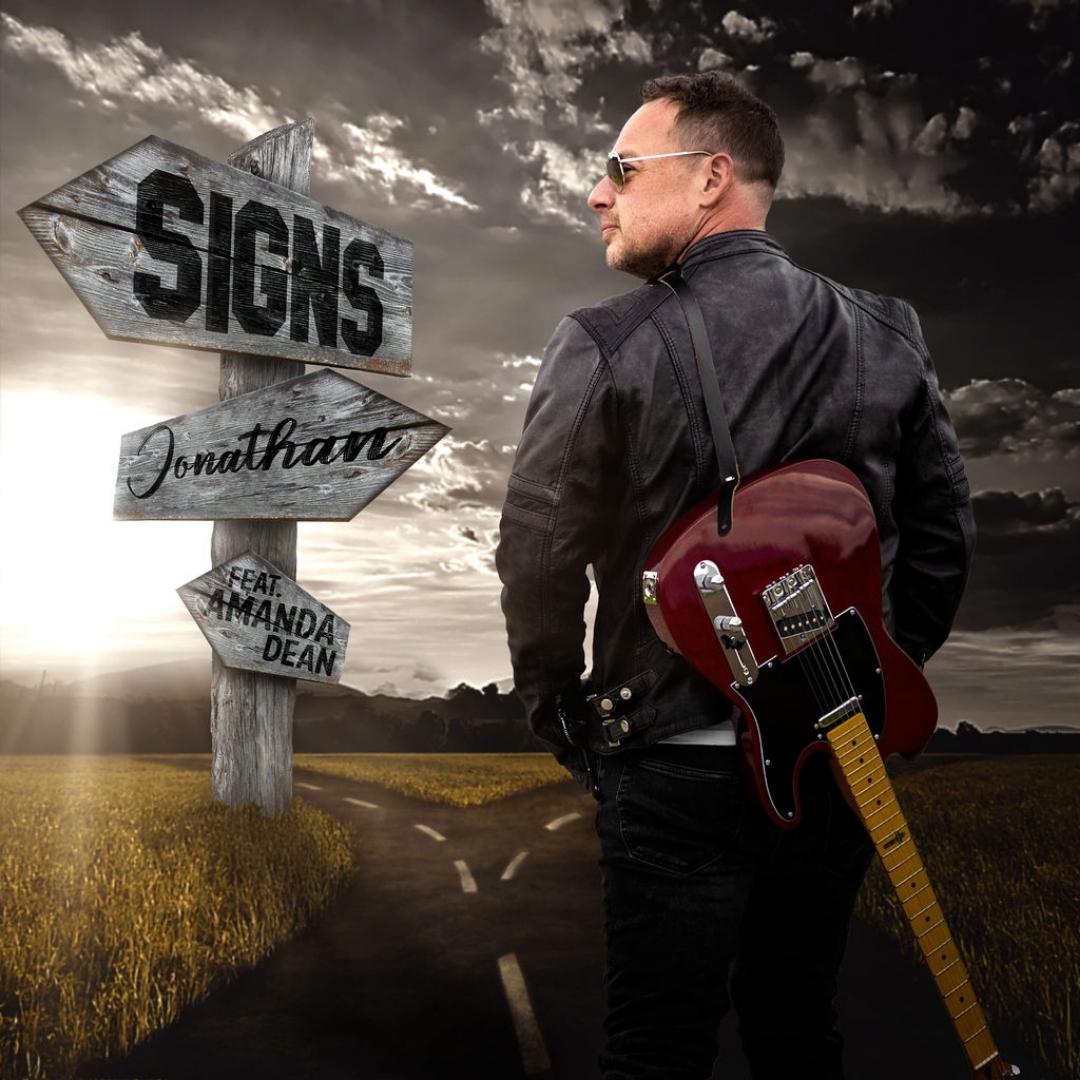 BC’s Jonathan started as a musician at a young age learning the songs of Gordon Lightfoot from his mother on the guitar his father bought him.  As he grew up, his tastes began to expand dramatically. Discovering Joe Satriani was a seminal event in Jonathan’s life, and he quickly became obsessed with the guitar.

He became a mainstay on the Victoria music scene, both as a solo artist and a founding member of iRiS, opening for big-name acts and establishing himself as a dynamic performer.

Jonathan’s songs are a testament to the power of the human spirit. He explores the depths of his soul, turning his own loss into universally resonant messages of faith. Jonathan’s songs are performed with the conviction of a man who has hit rock bottom and still found the strength to carry on.

His recent release, “Signs,” is a collaboration with Vancouver’s Amanda Dean and follows his previous single, “One of Those Days” and “You Are The One For Me.”

“”Signs” is a pop/rock with some country elements with influences of Bryan Adams and Nancy Wilson from Heart. “Signs” is a song about how easy a loving relationship can fall apart if left unnurtured. We can become so caught up in our daily lives that we fail to pay attention to the warning signs of a crumbling relationship.”

As I’d never heard Jonathan’s music, I didn’t know what to expect. As “Signs” started to play, I knew I was in for a treat.

With elements of pop, rock, and country, it’s a superb blending of genres. Jonathan’s vocals are passionate and inviting throughout. Once you add in Amanda’s powerful and emotional vocals, you have a brilliant track that will appeal to fans of various styles of music.

With lyrics speaking of time drifting away and not seeing the signs, it’s a fully relatable track that I couldn’t stop singing along to. With its catchy chorus and upbeat music, you’ll find yourself listening to the track on repeat.

Listen to “Signs” below, and stay up to date with Jonathan via his socials.