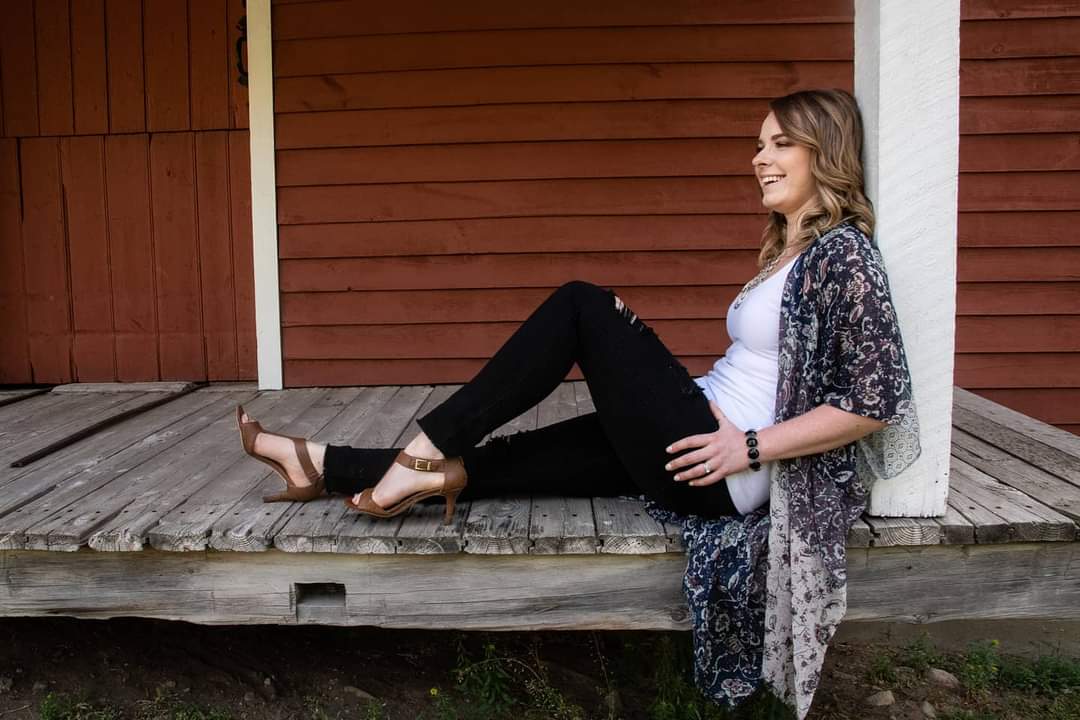 Justine Chantale asks “What’s The Point” with her latest single

“What’s The Point” is a break-up anthem written by Justine and fellow up-and-coming country artist Patrick James Clark about finding the ‘why’ for a relationship that’s on the rocks. Its direct, no-nonsense, and honest lyrics with a powerful vocal performance describe the challenges and hope in deciding whether a relationship is worth saving or not.

“What’s The Point” is Justine’s first single since the release of her second EP, Starting Today, and was produced by CMAOntario nominated producers, The Agenda.

Starting with a somber beat and lyrics questioning how two lovers have become strangers. About a relationship changing negatively, and trying to find the answer to the question, what’s the point?

The chorus showcases Justine’s powerful vocals and transforms into an anthemic track for everyone who is going through or has gone through this situation. I always have a soft spot for songs that listeners can relate to, and this is definitely one of those.

Through the verses, we hear about how much has changed in the relationship, and the question remains, “what’s the point?” Is there a point in trying to save the relationship, or just break it off and save even more heartache from taking place?

Listen to “What’s The Point” below, and find out more about Justine Chantale via our mini-interview.

My name is Justine, and I’m a country artist currently residing in Tillsonburg, Ontario. I’ve been playing in London and the surrounding area since 2013, and since then, I’ve released two EPs and four singles. I’ve been very fortunate to play many different venues across the province, from local pubs to rib festivals, Trackside Music Festival in 2017, the Western Fair, and The London Music Hall, where I opened for Lonestar in 2019. I am also an ICU Nurse in London and mom to a very energetic toddler.

You have unveiled your new single, “What’s The Point.” What can you tell us about the writing process behind the track?

Usually, before I go into a write, either myself or the other writer will have a list of ideas, titles, or even hooks. I had “What’s The Point” written on my phone as a potential idea as it’s something I had been asking myself a lot lately when it comes to what’s worth my time and what isn’t. When I met with Patrick for this particular write, I brought forward this title and chord progression, and we decided to take it in the direction of a relationship on the rocks. We formed a story about two people who are at their limit and ready to walk away but are also still holding on to that little bit of hope at the same time. Asking someone “What’s The Point,” whether it’s about a relationship or anything else, in my mind, is quite direct and no-nonsense. It often brings up the conversations that people are too afraid to have, which was the feel we were aiming for in this song.

You wrote the track with Patrick James Clark. How was that experience?

I have known Patrick for many years within the London Music Scene and have also been fortunate enough to play a few shows with him. He is extremely talented both as a performer and writer, but as a co-writer, he makes the environment and vibe very comfortable and easy, which brings out the best ideas. Any blocks I had, Patrick was able to bounce an idea and vice versa. As a songwriter, some sessions leave you energized, excited, and renewed in your craft. This write definitely did that for me.

What’s the best part of starting out in the music industry in a small town?

The best part about it is the immense support. People in a small town are excited to support their own and lift them up. Originally from Stratford, I was lucky to feel this support from friends and family and those who have watched me grow up over the years. Now living in Tillsonburg, I’m learning how proud this town is of the accomplishments of its people, and I’m excited to have them continue to get to know me as an artist.

You’ve shared the stage with many of Canada’s landmark artists in the past. Do you have any upcoming shows or festivals you’d like to tell us about?

I have a show coming up in August. However, it is yet to be announced. You can follow me on my socials at Justine Chantale (Facebook) or JustineChantaleMusic (Instagram), where you’ll be the first to know as soon as it’s announced.