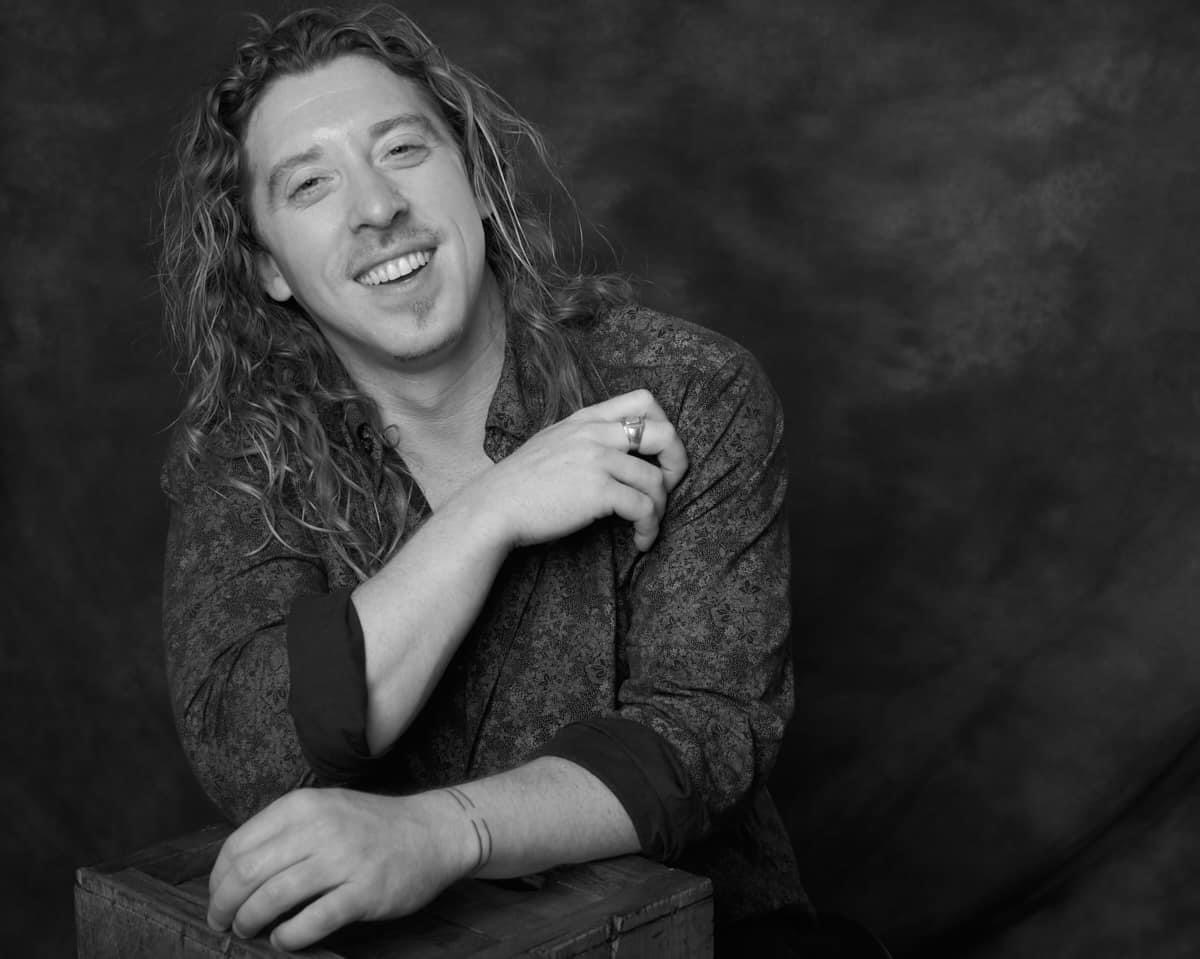 “Neon Soul” was recorded with two electric guitars, bass, and drums, live-off-the-floor in the beautiful Halo Recording Studio in Hamilton, Ontario. Collaborating with Zach Gerber, they then added acoustic guitar, vocals, and a choir.

“Neon Soul” is a track about needing your inner light to shine brightly to navigate the haziness of life – and needing the light of your soul to be neon to lead the way confidently. This has come from a chapter in Eric’s life where he’s redefined himself apart from the beliefs and social constructs of his upbringing.

Listen to “Neon Soul” below, and find out more about Eric Bolton via our Five Questions With segment.

Hello everyone! My name is Eric Bolton, an Ontario-based performing musician, singer-songwriter, and recording artist. Music has been my full-time focus for the past decade, and I’m grateful to have had so much support in my Canadian community to grow and develop my career. While doing the majority of my shows as a solo artist, I’m also the frontman of the rock band Shy Harry.

Lately, I’ve been developing more of my catalogue as a solo artist, though, inspired by an exciting chapter of carving a new path for my personal growth. I also own a music school, E-Bolt Music, where I teach music alongside a team of fantastic instructors. We also use the space as a recording studio, which is predominantly spearheaded by my great friend, Zach Gerber of Skytrack Studios, who has also produced the majority of my work.

On July 8th, I released the second main lead-up single for my upcoming album, Here Between, coming October 14th. The song is called “Neon Soul,” and it’s got this sort of melodic soul-rock guitar part that inspired the rest of the song. I’m so thrilled with all the instrumentation that built up around that part. The messaging in the song is about my coming out, really. I grew up in a very Christian circle of people, and all the chats about homosexuality were very negative and demeaning. This song is about me realizing just how dark that was and needing my inner light to shine brightly to guide me into a place of authenticity and confidence in myself.

I feel like it changes a lot from life chapter to life chapter. When I was younger, I grappled with feeling quite alone, so a lot of my writing had to do with almost praying, like a bit of a call out to the universe. Following that, it led to a lot about nature and finding beauty in this life. Lately, though, it’s been about the idea of building my own world. Growing up, we’re just experiencing things, really without any compass or control or understanding, but as I’ve sort of found my direction, I have loved working out how everything I do can be a part of building the world I want to see for myself.

SO MANY SHOWS! I constantly perform. As I type this, I just finished show number 4 of 9 for this week alone. I’m grateful to live in a community that has presented me with so many opportunities. This said, my album release show on Oct 14th will be my huge focus, and there will be a tour following that. The album release show will have eight other musicians in the band supporting me on stage in a beautiful local theatre. The whole thing will be live recorded too. I can’t wait for that!

The first half of 2022 was just create create create. I wrote and recorded the majority of my 15-song album in the first few months of the year. Now we’re in planning mode for the album and the tour, and my focus is on getting my music out to the broader Canadian music scene heavily for the months following its release. I’ll also be planning a UK tour, hopefully with other European dates. Somewhere in there, I’ll be diving back into the studio for the next project too.