The Occult – Five Questions With 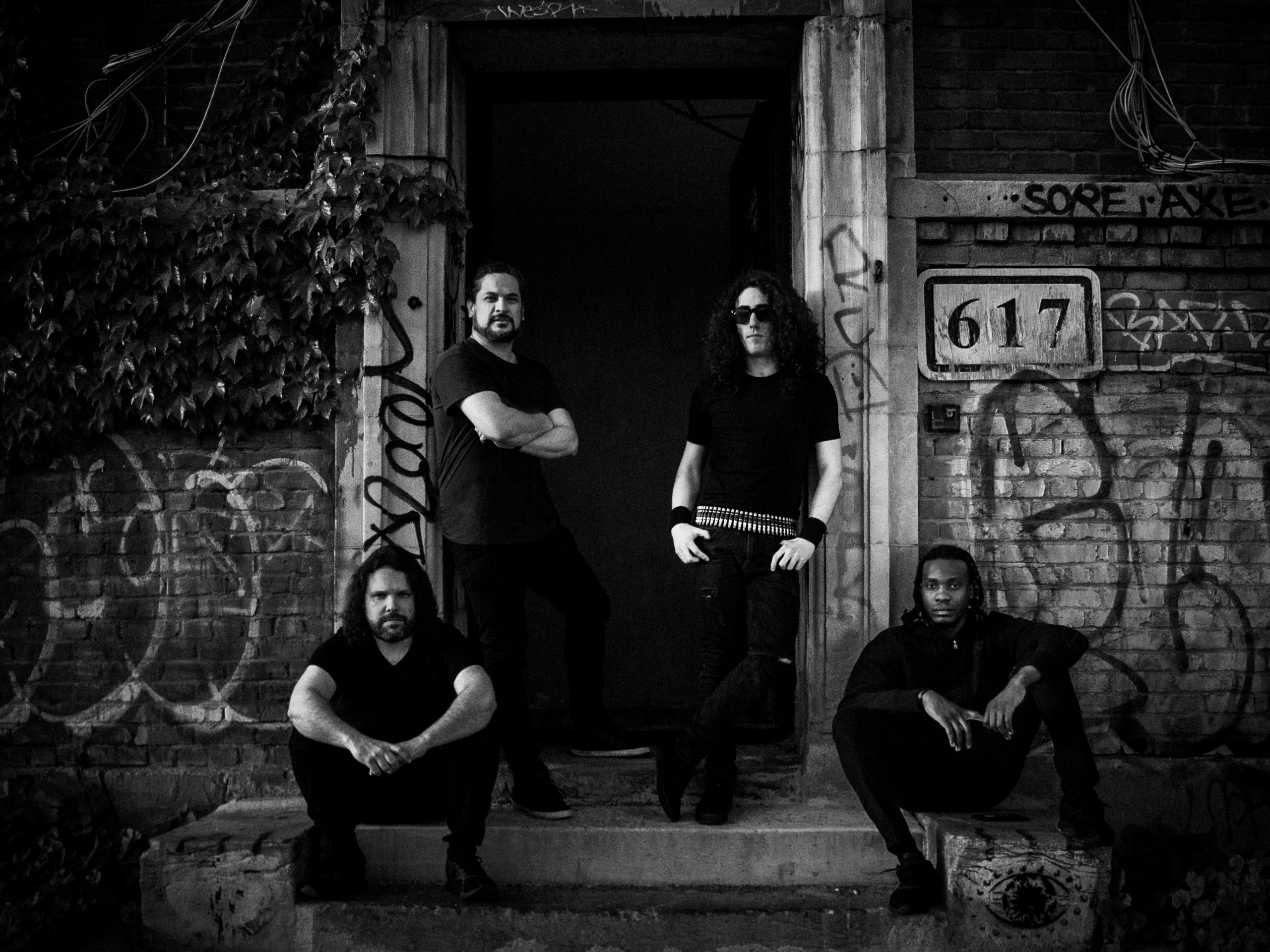 Montreal’s The Occult is rock n’ roll with strong punk vibes, catchy choruses, upbeat riffs, and a passionate attitude that emanates throughout each of the thirteen songs on their forthcoming self-titled debut. It’s been a long time coming; vocalist/songwriter Eric Savanis wrote the first track in 2011 and released it along with another single a couple of years back. It is now time for a solid offering of his material to be released to the world so that listeners can get lost in the music.

The band’s lyrics usually take a darker turn, approaching murder, disdain for religion and politics however, on “Planet Pisces,” the words stake a journey into the metaphysical as Savanis comments on:

“Students of Astrology know that one of the Piscean traits, that people born under this sign exhibit, is self-deception. Take that concept, blow it up by a thousand and you have Planet Pisces, a tale of insanity and contradictions. Musically there’s punk and some aspects of death metal. The Lord Fez Khan, formerly of Crosstitution, now in Double Cross, guest screams on this song. I don’t see this song as a traditionally sounding single but decided it was better to put something out than nothing at all since we were still looking for a drummer at the time.”

For The Occult, the genesis of the song is usually a vocal melody, in which vocalist/songwriter Eric Savanis tries to pinpoint a mood. Once that occurs, the lyrics start to reveal themselves, and a symbiosis occurs. It works the same way if the music is written first. If the riffs are dark or heavy, then the lyrical content has to match. Having written all the material for the bulk of eight albums or so, he says that this upcoming record is dark but does permeate celebratory insanity that is obvious to fans of bands like The Misfits and The Ramones, who have a playful yet dark sense of humour.

The single is from the band’s self-titled album, which will be available on August 19, 2022.

Watch the video for “Planet Pisces” below, and find out more about The Occult via our Five Questions With segment.

My name is Eric Savanis. I am a singer & main songwriter from Montreal, Canada, who sings in The Occult.

It’s exciting to FINALLY put on this record. We certainly didn’t want to release it during the pandemic since we’re a new band. That would have been a waste. The music is probably a blend of my favorite bands. Metallica, Type O, Life of Agony, Ramones. Stuff like that. High Octane punk rock metal tunes.

We just kept rehearsing and rehearsing while waiting for the government to make up its mind on what we could and couldn’t do. It was an aggravating time, to say the least, so we just kept grinding and hoping it would be over sooner than later.

Probably Devin Townsend. Thing is, I have actually sort of worked with him, but I’m 100% sure he doesn’t know. A couple of years ago, he was working on the Z2 records and asked for people to submit vocals for something he called a Universal Choir. I ended up submitting them and actually ended up on the records which is super fucking cool considering Devy is one of my heroes.

Getting as maybe people to hear our music. I think it’s important for every band to get out there and play as many shows as possible. I’m confident we’ll focus on that this year and in 2023.