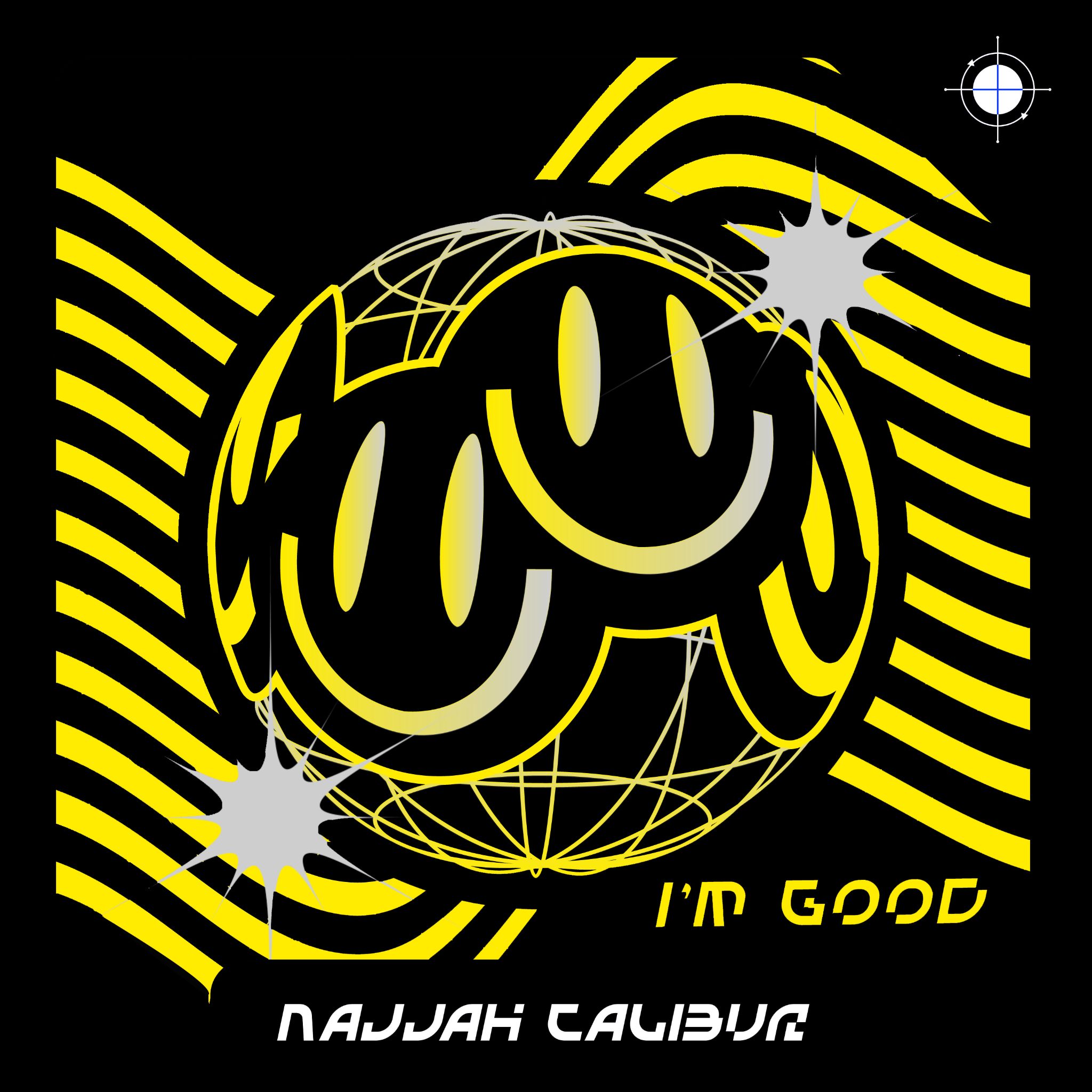 “I’m from a place where you can truly feel free,” sings Najjah Calibur on the first verse of “I’m Good,” his high-energy, club-ready new single.

He means a mental space — a state of being and a way of life characterized by exuberance, creativity, and joy. But he’s also referring to a place on the map. Najjah Calibur represents Toronto, Ontario, a city that’s increasingly central to international popular culture. Canada’s largest metro has certainly produced its share of megastars. But Toronto has also become a magnet for leftfield pop, R&B, and electronic music innovators, and it’s quickly gaining a reputation as a city where sonic explorers of all kinds are welcome. If you’re a musician, a dancer, a performer, a creative entrepreneur, or just a fan of contemporary arts, Toronto is indeed a place to feel free.

Najjah Calibur is no newcomer to the city. He’s been in Ontario since he was a kid, and he’s been involved in the musical movements that have made Toronto crackle and buzz. He’s done it all: Hip-hop, house music and ambient sounds, sleek soul, and party-friendly funk. He’s led terrific bands — Bluesunderdog, who toured with the Black Eyed Peas, and Najjah’s World, to name two — and he’s blazed a trail through the underground as a solo act. Along the way, he’s collaborated with Trinity Chris and Bush Life and toured Canada with the Black Eyed Peas.

“I’m Good” is a brilliant demonstration of everything Najjah Calibur does well. He took a break from music to become an award-winning, international host for FIFA – and he’ll be performing this winning hit at the upcoming World Cup in front of up to 60,000 fans. He sings, raps, rides the rhythm, sells a memorable hook, and exudes charisma with every verse and chorus. He’s a massive presence on the microphone, and his enthusiasm and optimism are inspiring. On “I’m Good,” Calibur matches his voice to an irresistible track that ought to appeal equally to fans of pop-inflected rap, rowdy dance music, and rambunctious funk. In other words, it sounds and feels like Toronto: Toronto on a beautiful summer day, with crowded streets, productive collisions between subcultures, and a feeling of artistic liberation in the air.

And if, by chance, you didn’t get that from the song, the video ought to make it perfectly clear. Najjah Calibur and director Dan Barker lead us all over Toronto: we’re shown the red-brick streets of the pedestrian zone by the Distillery, the proudly multicultural Spadina Avenue strip and unique Kensington Market, and the bustling, brightly-lit Downtown. Most of all, we’re shown ordinary Toronto residents, assuring us that, like Najjar Calibur, they, too, are feeling good. You’ll believe it.

Watch the video for “I’m Good” below, and learn more about Najjah Calibur via our Five Questions With segment.

Well, what can I say? First of all, this is an alternative/ rock song that is normally not in my lane. I wrote this more as an affirmation for me during the pandemic. It’s called “I’m Good,” and you can find it on all streaming platforms or the video on my NajjahsWorld Youtube channel! I have had some moderate success in the US, with 43 placements on music video channels or video streaming platforms. Places like Manhattan, Philadelphia, Nashville, and LA, to name a few, and LATV airs in 192 countries, so I am happy with the success of my first single for sure being an independent artist. Coupled with some great interviews from credible magazines and Youtube curated playlist ads, I can safely say my first kick at the can has created some momentum.

The deeper side of this song is why I wrote the affirmation. I was in lockdown, barely three months sober, just coming out of my addiction to alcohol and drugs, and was worrying about potentially relapsing, and the words started to come to the song. “I’m from a place where Awesome always be, I from a place where you can truly feel free,” reminding me of where I was before addiction kicked in, so this song means a lot to me.

Great question. I have lived many lives and been attached at some point or another to almost every walk of life. The one thing about that is how uniformed the human side of us is. That being said, I have a vault of life experiences that I tend to draw from, first and secondly, the experiences of others I know. I’m creative at heart, so how I present my message can come from various genres, as I just genuinely love various types of music. I am an emotional person for the most part internally, and my writing will draw from great and bad experiences really just mirroring how I have felt throughout my life’s path this far. I know how to enjoy myself but have also tasted despair like so many others. But I’m loving the frequency I’m on now!

This is what I am looking forward to as the other side of Najjah is me being an award-winning international sports host. Mainly with FIFA, I make a living engaging with stadiums filled with fans worldwide. However, I am just getting going with music, so I am now at that stage to pitch myself to booking agencies and seek proper management, etc. It’s always good to have a bit of a track record before doing so. That being said, I have a massive gig in November where I’m hosting and now performing at the FIFA World Cup in Qatar !! Which is crazy!!

I do have a show on August 5th at Friday Harbour Festival in Bolton, and I’m going to need to get in numerous shows before November, so if anyone out there is looking for a host and performer, you can reach me at najjahsworld@gmail.com just saying 🙂

Well, I am hosting and performing at the biggest sporting event on the planet, the FIFA World Cup in November!! YES!! I still can’t believe it! Which is literally a launch pad for me to quantum leap into the entertainment space as a global brand and public figure, so I’m using this runway to November to get my reps in as a performer and release 3 to 4 more music videos with proper campaigns with a video promo company and publicist.

Now when I do this right, I almost said “If” lol…. gotta stay positive, and words are powerful, so my life will change forever. That’s how I feel about my unique opportunity to routinely be in front of 50,000 plus fans over the month for the tournament.

I plan to get sponsorship for me as the official host for the World Cup to fund my Podcasts and more music and distribution from a major label with marketing for my music. Keyword with a marketing budget because their reach is obviously extensive!

I just shot a video for my second single, an Edm/Dance/Soca song called “Celebrate,” this past weekend with a 360-degree camera that looks amazing! It’s a fun party song about celebrating life, and then I’m releasing my third single with a little more substance called “Friends,” which still has a feel-good vibe to it even though the song is about the frustrations, but the understanding of why my cousin has distanced himself from our family. Then I’m going to release a full EP in October.

I also just came from Cannes Lions International Festival of Creativity in France as well where I performed and got a chance to do some incredible networking. I had no idea of this festival’s magnitude and scope for creatives. So I’m just building my case before I approach the contacts that I made because they also have life-changing capabilities! I know that’s a lot to unpack, but you asked!

Lastly, thank you so much for the chance to get interviewed. As an independent artist, these opportunities are not taken lightly. Light and love always!