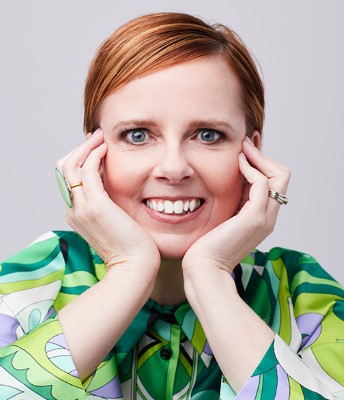 From Battleford, Saskatchewan comes alt-folk singer/songwriter Jackie K and her song about loss and the light that continues to exist in the absence of our loved ones with the heartwarming single “Night At The Opry.”

Initially released on her 2021 EP, Look for the Little Things, Jackie K glistens on the re-recording of “Night at the Opry” — a captivating musical composition that tugs on the heartstrings and was written as a tribute to her late father.

Rising to #4 on the Canadian Indie Country Countdown Top 100, “Night at the Opry” was inspired by the high school music class Jackie K teaches and the trip she took them to the world-famous Grand Ole Opry in Nashville, Tennessee.

Taking place roughly one year after her father’s passing, the “Night At The Opry” reminded Jackie K of how big a country music fan her father was.

“My Dad would have loved it there,” she shares. “The sense of community, the music, the jokes. I really missed him, and I wished that he would have had that opportunity.”

Shortly after she returned home from Nashville, Jackie K began to pen her latest single, “Night At The Opry,” as the pandemic started to affect the world.

“It was about my trip, but more about my Dad, Jake.”

Jackie K harnesses all of her experience as a professional music and visual arts educator to produce an ode to her dad that communicates the love and longing she feels as passionately as he lived.

“Without him, the circle feels broken
I look for his light and it’s gone
This music brings him to me
It joins our whole family
His records will keep bringing him home.”

Listen to “Night At The Opry” below and learn more about Jackie K via our mini-interview.

Hey everyone, I’m Jackie K. I’ve lived and loved music my entire life: playing, teaching, and writing. I’m a huge fan of jazz, folk, Americana, and many other kinds of music.

What’s the best part of living in Saskatoon?

I was raised in Saskatoon, but I’ve lived in the city of North Battleford for the last 20 years. Saskatoon has a great music scene with many young players, many venues, a wonderful jazz festival, and a diverse fan base.

North Battleford is a small city of about 15,000 people northwest of Saskatoon. It’s a beautiful location on the North Saskatchewan River that is also really close to many lakes. There are lots of great people, and the community has a rich history of music-making, including the Kinsmen Band, a community band that I used to conduct, and a new club, She-Nanigans, that offers great food and lots of opportunities for both local and traveling musicians.

You get to program your Night at the Opry Concert. Who are you booking?

Wow, well, that’s a tough question. There are a few people I’d have to start with. For sure, Allison Russell from Montreal and Brandy Clark from Nashville. Also, Steve Earle and The Jayhawks. And we would also certainly have to add Elvis Costello,

Like millions of others, The Beatles. I so clearly remember going to a record store in Saskatoon and buying a copy of Sgt. Pepper’s Lonely Hearts Club Band when I was about twelve and getting it home and unwrapping it only to find out that it was a white marble vinyl copy. I was pretty thrilled. I made all of my friends listen to it over and over again.

What is the one album by a Canadian artist that everyone should have in their collection?

Blue by Joni Mitchell – Love her, and she is from Saskatoon and also lived in North Battleford.

Power in the Blood by Buffy Sainte Marie – Love her, too. A powerful singer and a songwriter with a conscience. Saskatchewan roots.

Outside Child by Allison Russell – Been playing it A LOT the last while!