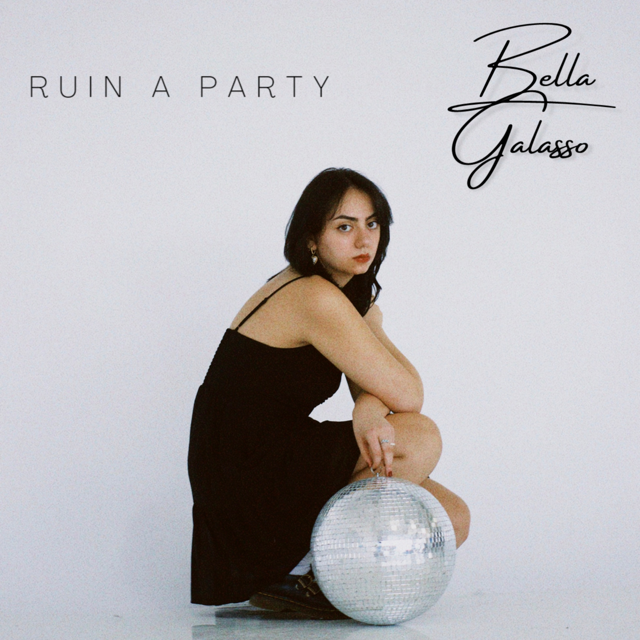 Known for her work in the band, The Record Breakers, Bella Galasso has now unveiled her debut single as a solo artist, “Ruin A Party.”

The single is about feeling isolated at a party or event you don’t want to be at. The video depicts a party scene, everyone having fun, except Bella sitting on the couch, looking completely bored.

Watch the video for “Ruin A Party” below, and learn more about Bella Galasso via our Five Questions With segment.

I’m Bella Galasso, and I am a 23-year-old singer/songwriter from the West Island of Montreal! I grew up in a musical home with my dad, who is also a songwriter, and started taking guitar lessons at eleven years old. I have been writing songs since as early as nine, though, and it was mostly lyrics and melodies in my head before I knew how to put them to music. Since then, I have been in a band for seven years and have performed nearly everywhere in Montreal, including the Bell Centre, where my band opened for Bon Jovi! However, I am really excited to be on my solo music journey now and opening up a more vulnerable side to my songwriting that I haven’t yet shown.

I recently released my first solo single called “Ruin a party,” which came out May 27th. It was so much fun to be in the studio and have full control over how I wanted the song to come out, and also collaborate with my producer in a more close-knit way than I ever got to do before. It was also scary to do it all on my own, but I am really proud of the outcome!

The song is about the feeling of isolation at a party or event you don’t want to be at and draws from my introverted personality but also because I thought the line “ruin a party” to be catchy and cool. So it is a mix of personal experience and fiction. It was the best experience releasing this song and collaborating with awesome people!

I used to typically pull inspiration from movies, TV shows, and books but ever since the pandemic, I have found myself finally tapping into a more vulnerable place for songs. It wasn’t something I used to do because I never felt comfortable being so open in my songs, but now I definitely am, and I feel myself wanting to release more songs that are more based on my own feelings and experiences.

Currently, I have no shows coming up as I have spent 7 or 8 years constantly performing and am enjoying a bit of a break. However, I plan to start a band in the near future and start circling the Montreal music scene again once I feel ready to do so!