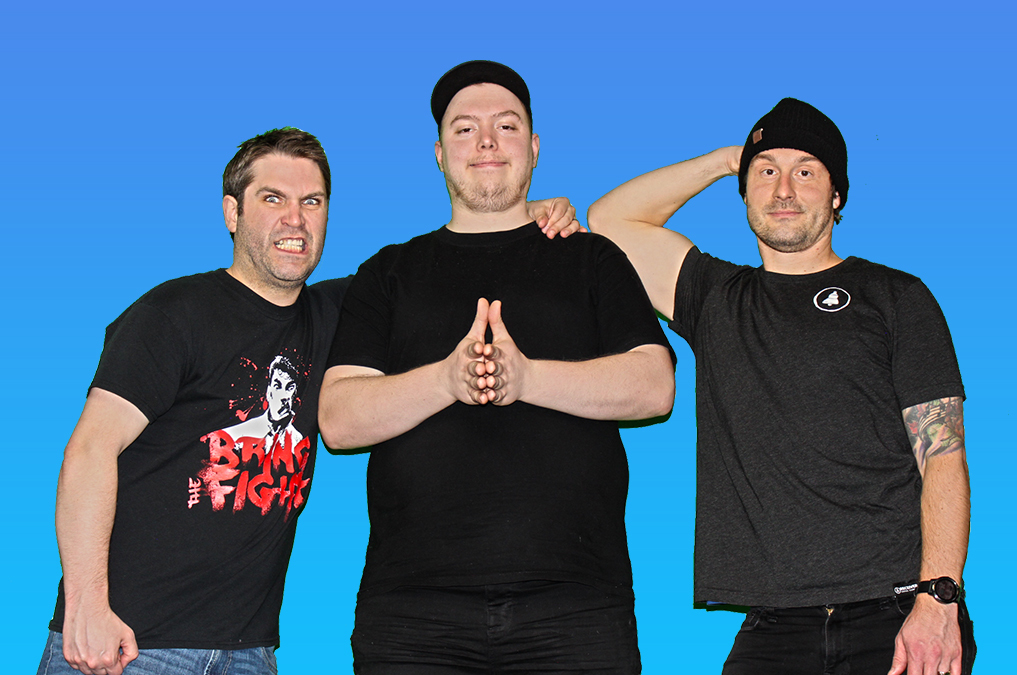 The first recording from the current lineup, Future Considerations, is a collection of twelve hard-hitting punk rock songs.

Listen to Future Considerations below, and find out more about Trashed Ambulance via our Five Questions With segment.

Hi! We’re Trashed Ambulance – a skate punk band from Red Deer, Alberta. This current formation, of Josh, Ozone, and Riley, has been ripping it up since 2020 but the band itself has been around since 2014. While the 3 of us have many different musical inspirations, we all agree on the excellence of 90’s skate punk so that is the sound we strive for with the band. While we aren’t going to get rich playing this style, we have sure met a lot of cool people from all over the world doing it and appreciate that we barely even get egged at all when we hit the stage.

Future Considerations is the first collection of music we’ve put out with our current lineup and the third full length the band has released to date. It’s a true collaboration and aside from a couple demos and riffs, the bulk of it was written and recorded in late 2021-2022. All 3 of us contributed lyrics and lead vocals on the record which is a new development for the band. Once we had 12 demos we were stoked about, we called on Casey Lewis of Belvedere fame to help us record them at Echo Base Studio in Calgary. Not only did he engineer the album but he also produced and provided additional vocals and percussion that we helped bring our tunes to a level we never knew was possible! Luckily, our friends Bruno and Cynthia at Thousand Islands Records loved the new songs so helped us put it out on CD and vinyl – the latter which should be in our hands in the Fall of 2022!

Traditionally, we tend to have autobiographical lyrics that tell a story that we relate to personally; however, Josh reached outside of his comfort zone on a few songs this record and completely fabricated the tales they tell. As for lyrical content, we tend to keep any political statements nuanced as there are way smarter bands out there who can articulate those kind of thoughts better. Obviously, we have thoughts about the state of the world but we try to tackle our own underlying depressive tendencies with a dose of humour- without being a gimmicky band. Bottom line, Future Considerations is definitely a bleak album at times but we did try to sprinkle in some fragments of hope because no matter how dire things look, we always have our friends and punk rock!

We don’t know when this is publishing, but here’s what we have on the docket:

There may be more shows added so follow us on social media and stay informed!

The goal is to support our new record and get it into as many ears and hands as possible. We are very proud of this record and while expectations are appropriately curbed, the feedback we have been getting has been great so far. All we want to do is make music we enjoy and play shows with people who we also enjoy. Pretty simple! We also have some bucket list things to accomplish like playing in another country but we can patiently wait for such an opportunity. In the meantime, we are open to any cool adventures that may come our way and since we are depressed millennials, we always welcome any compliments and validation that we are doing a good job with our little punk band. Thanks for caring about our band enough to ask these questions and we hope you dig the new album! xoxoxo