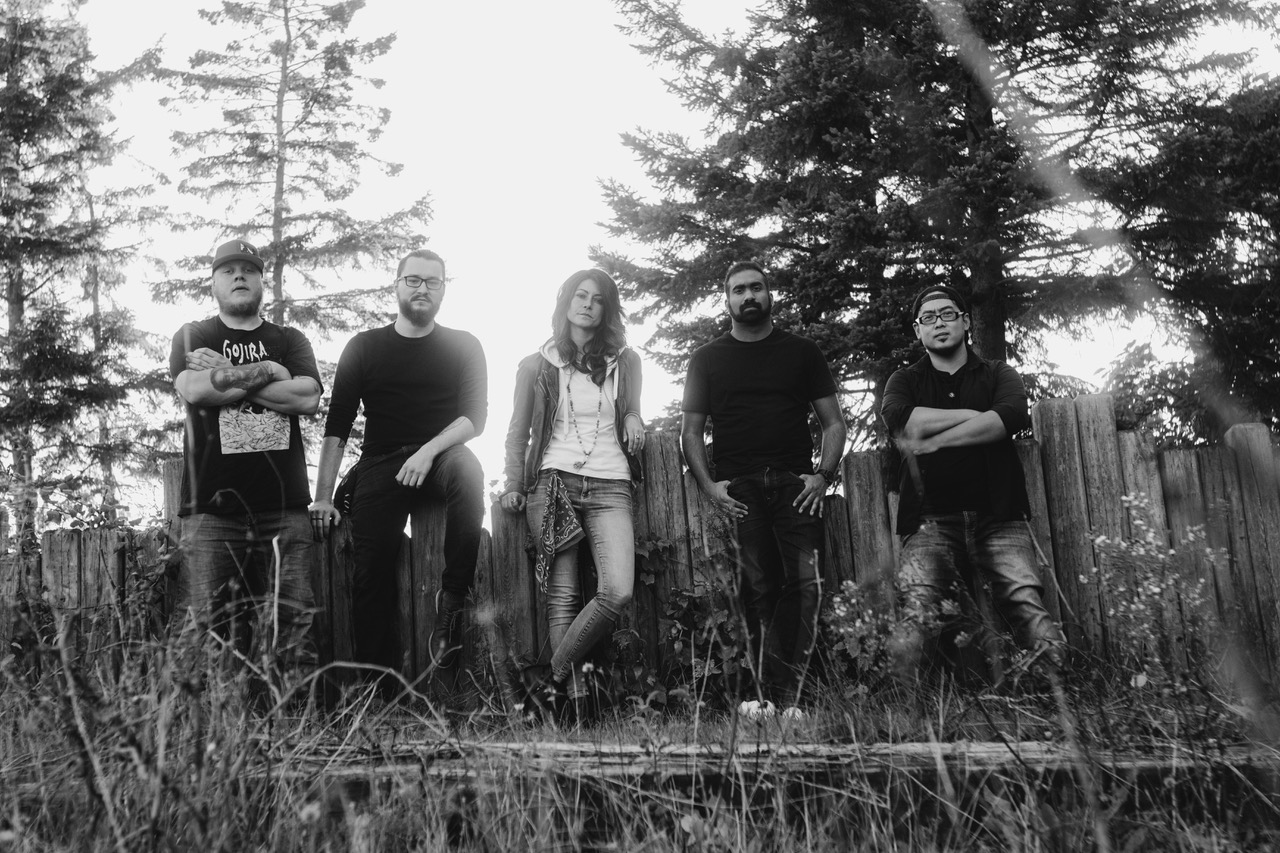 Canadian metal band POLARITY puts on a technical sonic showcase filled with wailing guitars and complex drum patterns while conveying observations in a world where history continues to be determined by exploitative forces. A combination of grit and raw musical expertise set the stage for POLARITY’s blistering new single, “Destruction Of Memory.”

POLARITY comes out swinging with a sophisticated song that attracts audiences who appreciate musical craftsmanship and cerebral ideas. The first of three red-hot releases scheduled for this summer, “Destruction Of Memory,” is an electrifying recording borne out of artistic exploration.

“We’ve never done anything conventionally, so recording these new songs live off the floor is something that really allows us to invite our listeners into songs created completely organically and authentically,” says vocalist Jasmine Virginia.

“Destruction Of Memory,” asks listeners not to be fooled by all the noise in the world and instead examine their own experiences and personal truths. Dubbed cinematic rock by producer David Botrill, the song is a theatrically engineered soundscape that acts as a visceral commentary on the human condition. Philosophical themes of indoctrination and authoritarianism are traversed as POLARITY takes listeners on a lyrical expedition through space and time.

“In the dark we’re compromised
It seems they want us hypnotized
Divided with these shallow lies
If we’re afraid to move and patronized
Civilizations fossilize.”

In collaboration with JUNO Award-winning producers Darren Magierowski and Jill Zimmerman, POLARITY’s latest group of songs was recorded at Jukasa Studio, home of recording acts such as Alexis on Fire and Protest The Hero. The recording was filmed live by renowned videographer Mike Filsingerand (30 Seconds to Mars, Three Days Grace). The footage was chopped up and now serves as the official music video for the song.

Watch the live video for “Destruction Of Memory” below and learn more about POLARITY via our mini-interview.

We’re POLARITY, a Canadian Alt-Rock band. Our name is as much a reflection of a universal principle as it reflects the music we make because we blend hard-hitting, energetic heavy rock with soulful, ethereal, and ambient melodies. We write music to challenge the conventional norms of songwriting and dive deep into the human existential experience, giving voice to all its ups and downs. We’ve been a totally DIY band in the Toronto scene for over a decade now, playing hundreds of Canadian shows across the country. If you come to a live show, whether you love us or hate us, we’re just happy to have made you feel something at all in a world that wants to make you feel numb.

The diversity of people, food, and different communities you can be a part of. We also love all the incredible staple venues Toronto has to offer, from the Bovine Sex Club to The Horseshoe to Lees Palace and El Mocambo; there’s no city in Canada like it. We consider ourselves very lucky to call it our home and see our audiences growing so vastly here because it’s a hard nut to crack in the music scene.

How did you decide to record live off the floor? What inspired you?

We wanted to do something we hadn’t done before, and we thought recording live off the floor was both a challenge and an opportunity to showcase the sound and energy we bring to a live show. Music can be very easily overproduced these days, so we wanted to bring something totally authentic to our listeners. We also wanted to challenge our chops by sticking a bunch of microphones in the room and playing together in the moment, capturing what happens organically. We knew the stakes were high to get a good take, so we really had to bring our best to every take, and we’re all happy with the outcome. If you come to a show, fingers crossed, what we captured and recorded is what you’ll hear live!

We would all answer this question differently because we have differing music tastes in the band. It would be anything from Backstreet Boys to Disney Princesses to Deftones, Incubus, Mudvayne, Dream Theater, and Periphery.

Good question, one is hard cause Canada honestly produces some of the best artists in the world, and we’re not biased.