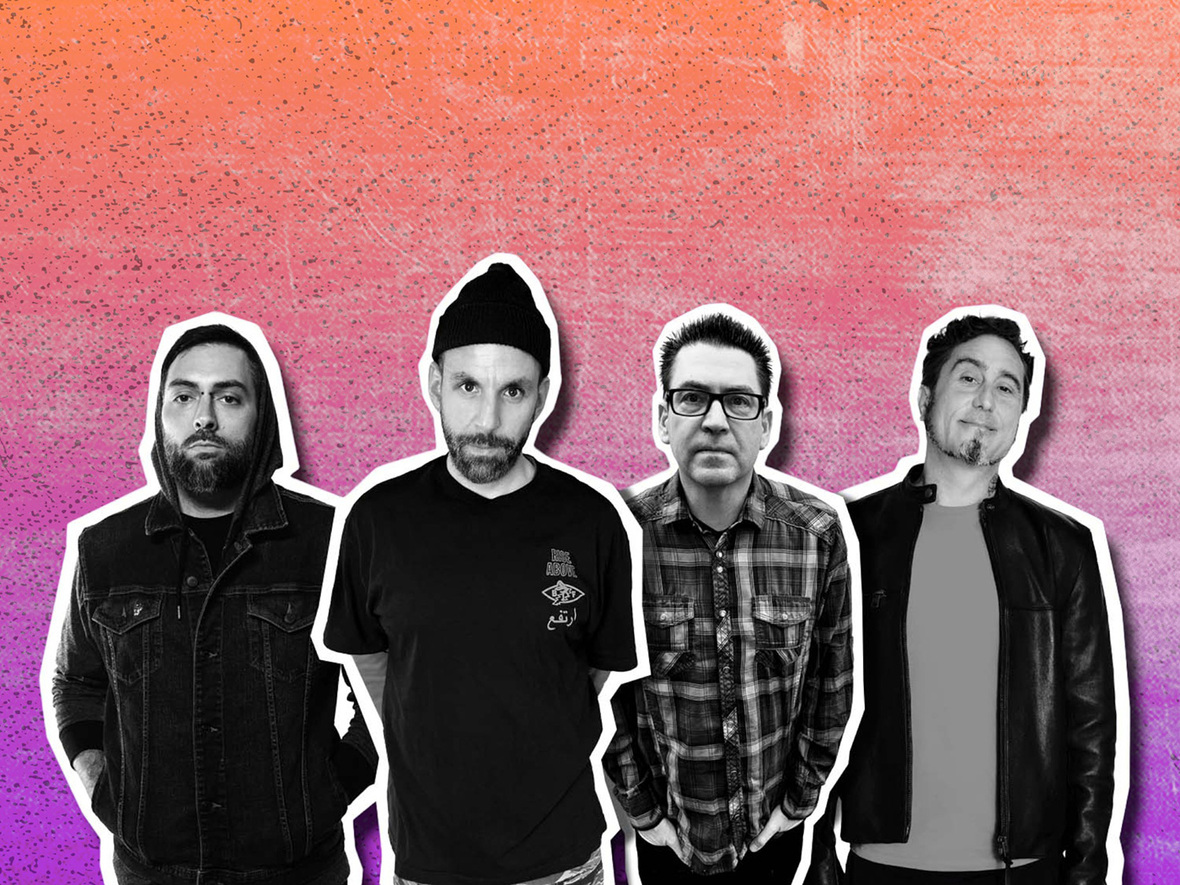 Montreal’s Twenty2 recently unveiled their album, Dismissed, which features their recent single, “Before You Save Us.”

How did this album happen, you might ask? Well, in January 2021, original TWENTY2 singer Jon H., isolated & confined, had some songs to write & words to sing (or yell). He decided to try to do the whole thing remotely, which was the style at the time. Why not reach out across the continent to a member of one of his favourite bands & major influence in Luke Pabich of Good Riddance? Lo & behold, Luke was also isolated & had time on his hands. So, this is how this project started.

Over the course of the next six months, Luke & Jon wrote this album basically over Zoom and a whole lot of Facetime.

When it was time to record, Luke asked long-time bandmate Sean Sellers if he would like a piece (he did). So just like that, they were recording.

Now, fresh out of The Blasting Room, where Chris Beeble mixed, and Jason Livermore mastered, they have an album in hand.

Listen to Dismissed below and learn more about Twenty2 via our Five Questions With segment.

January 2021, after months of lockdowns, I asked Luke Pabich from Good Riddance if he wanted to record some songs with me. My initial idea was to do six songs to balance out our latest EP, “Nice Knowin’ Ya,” which is very poppy. I had ideas for faster, more aggressive songs. I sent those out to Luke; he liked them & agreed to make this EP with me. Long story short, we ended up having so much fun doing it that we decided to make a full album, which took about six months to write.

It depends on the subject, but the big one for me in recent years has been the end of logic & common sense, which makes for a world where we willfully pretend a lot & I’m not down with that. Then there’s the divisiveness over multiple issues surrounding politics & again, I feel like we’ve often left common sense behind. Then, there are many personal things like relationships with friends, betrayal, people around dying or falling ill, etc.

We start doing shows again in August. In September, we are doing the Music 4 Cancer festival & then in October / November, we have a tour being booked with our friends, Our Darkest Days.

Hopefully, people will dig this album which was great fun to make & a ton of work. For people who know us from the past, this is definitely our best stuff. The cherry on top would be to get a few people to realize we’re being manipulated by the media / social media to be angry at each other all the time and that, in the end, most of us just want to get along. Less hateful, more grateful. Fuck your rules.