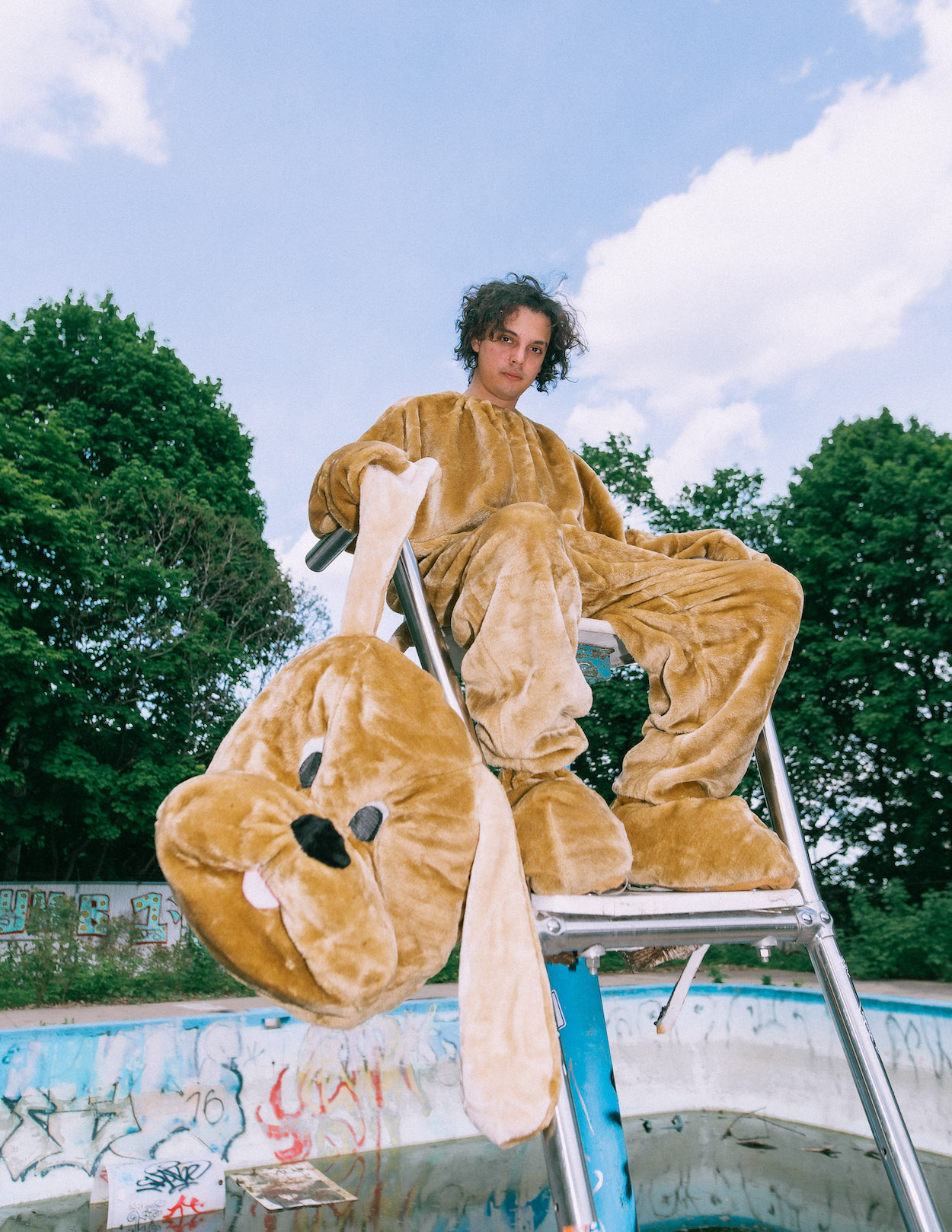 Montreal-based Venezuelan alt-folk artist Sunray Minor captures all the important characters and warm relational dynamics of his youth in his sunny, shimmering new single, “Life of the Party.”

With beautiful guitar fingerpicking, smooth crystalline vocals, and an easy-flowing narrative, “Life of the Party” combines a savoring of the here-and-now with a tinge of melancholy, the knowledge that all of this will eventually pass; “and to think everyone of us will die, someday/ I’m just glad we took this night to celebrate our lives, hooray!” goes the sincere, unironic chorus.

Through the song’s meandering telling, we learn that Kenny now has a baby son – “And he looks just like Charlie Brown.” And that Will has lost his job, “but I never saw him frown.” And that the twins – who remain unnamed – are still disagreeing about everything, from politics to cigarettes. Diane made her famous apple pie, which everyone is devouring. The party gets too loud, and the cops are called. And then, as he’s saying goodbye, the narrator drunkenly kicks the neighbor’s garden gnome. “Either way it’s getting late and I best be getting home,” he sings.

The song is filled with real-time little noises of ambiance, imparting an air of charming imperfection and immediacy to the recording.

“”Life of the Party” was recorded all on the first night I rented the studio, and is actually the only song on the album that remained mostly untouched from those sessions,” Sunray Minor says. “We recorded it off of a live take, and you can really hear the studio in that song, most of the background noise is just us walking around and touching the space. I also played an acoustic guitar from the 1940s called the Kay Craft.”

“Life of the Party” is one of ten songs on an ambitious, four-part epic narrative of an album, One Day, Maybe, slated for release on August 7, 2022. Inspired by Pink Floyd, the Beach Boys, and the Beatles, the record took four years to make, and Sunray Minor has also written a corresponding novella that will be released alongside the album. Visual artist Elena Terife brought the stories to life for the cover art, and Sunray’s cousin Valentina Tross created the art for the back cover.

Check out the lyric video for “Life Of The Party” below, and find out more about Sunray Minor via our mini-interview.

Hi, my name is Sunray Minor. I’m an artist, songwriter, and producer currently based out of MTL but originally born in Caracas, Venezuela, and came up through Georgetown, ON. I love music, basketball, film, and art of any kind. They all end up becoming huge inspirations for the music I write. Aside from my own work, I also produce for other artists and play bass in multiple bands: Frown Line, European Suns, and Flawed Model.

What’s the best part of living in Montreal?

The people, I think. Every time I step outside, I’m inspired by someone’s fashion sense or style of walk. The city itself seems to promote music and art above anything else, which I love. There’s a festival every other weekend, concerts every night. As someone obsessed with music, it’s so lovely being surrounded by so many people sharing similar ideas and visions. The artists in this city are something else. Gotta be something in the canal Lachine, I guess.

What’s a perfect, sunny day for you? What are you doing?

On a perfect sunny day, I’m probably hanging out with my partner Tessa and our cat Mona (on a leash) on a beach. Good friends are around, and there are a few instruments for some jamming. The water is also at a good WARM temperature. None of this frozen lake beach polar bear dip in the middle of August Canadian summer :’) The world is at peace because everyone’s singing along.

I mean, if you go way, way back to my young fresh off the boat days, The Backstreet Boys left a significant impact on my approach to music hahahaha. ‘Twas my first concert at the Molson Amphitheatre (before the bud got wiser). But after that, I became enamoured with a lot of pop-punk music like Simple Plan, Fall Out Boy and Rise Against, and Billy Talent (not as pop). Then the band that gave me no other choice but to get into music and songwriting was Oasis. I wanted to be Noel Gallagher so bad, and now I’m just trying to have Liam’s confidence.

Ok, this is really hard to answer. I could go with Neil Young or Joni, but I feel that’s too easy an answer. So I’m gonna go with the first album I ever listened to when I was driving for the first time alone in a car, and that’s “White Paint” by Hollerado (Deluxe Edition, of course). A huge inspiration at the right time in my life. I’m going to hand out two runners-up awards to Daniel Caesar’s “Pilgrim’s Paradise” and Mac Demarco’s “Salad Days.”