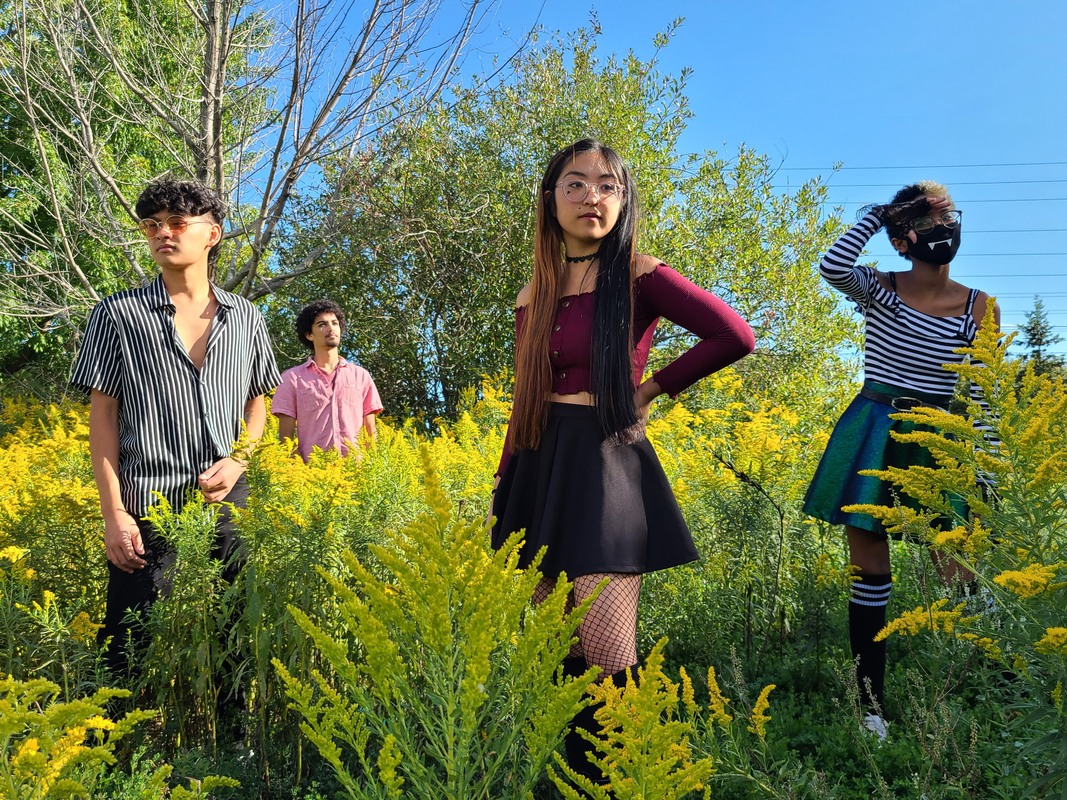 With the vast musical backgrounds of each member, NERiMA’s passion is driven by lifelong musical interests, inspiration from their favourite artists, and admiration of music’s place in society. While most members have long histories with their love of music, all four continue to explore its growing place in their life through their dedication to this band and its sound.

The band has released their new EP, Have More Fun, which features six tracks, including their singles, “Amnesia,” “Home,” and “All Afraid To Fall.”

Listen to Have More Fun below and learn more about NERiMA via our Five Questions With segment.

Our most recent release is a very special one because it’s our first ever EP, titled Have More Fun! We’ve been working hard to gather studio funds since the band’s start (around two and a half years), so it’s unreal that we finally got enough to get into a studio and get to recording!

The EP name is special to us because it details how through our journey as a band, we realized that there are times when we just have to chill and let ourselves enjoy the time we spend together, rather than working and practicing and being serious all the time.

The EP has six songs, five of which were recorded, produced, and mixed in a basement studio by Dan Bell from Nothing Special. He did an amazing job with the songs we worked on with him, one of which is actually a rerecorded version of our first single, “All Afraid to Fall”! It’s wild to see how far we’ve come from that original version!

I’ve (Alexi) found writing songs is always a unique process, as in I never write any two the same way. Sometimes while writing, I’ll start to hear inspirations, which usually come in the form of an album or song I love, and I make it a sort of goal to match the feeling I get when listening to it. With this EP, it was a lot of Paramore (especially brand new eyes), some Kings of Leon and The Killers, and bands like that.

Other times, I just start a song and pour it all out until it’s done, with no inspiration in mind. Those songs are the most personal, raw ones to write. But even then, there are always subconscious inspirations — my favourite music, yes, but more so past experiences, close relationships, and the feelings that are deepest in my mind at the time of writing, or ones from my past I never delved too far into, until then.

We’re actually just coming out of a small run of summer shows all along Ontario! We hit a bunch of cities we’ve never played before, and the last show of that run will be in Toronto at the Horseshoe Tavern with our friend Kicksie and the super cool band The Drifts! That’s on Saturday, August 6th; gonna be a super fun time!

Our main two goals for a while have been to play more shows and release more music. Halfway through 2022, I’d say we’ve gotten pretty far with those goals, and we’re just gonna keep running with them and trying to continue that energy for as long as we can! We’re definitely trying to grow our audiences as well, both in-person and online. We love making new friends and reaching new people!