The Slime – Five Questions With 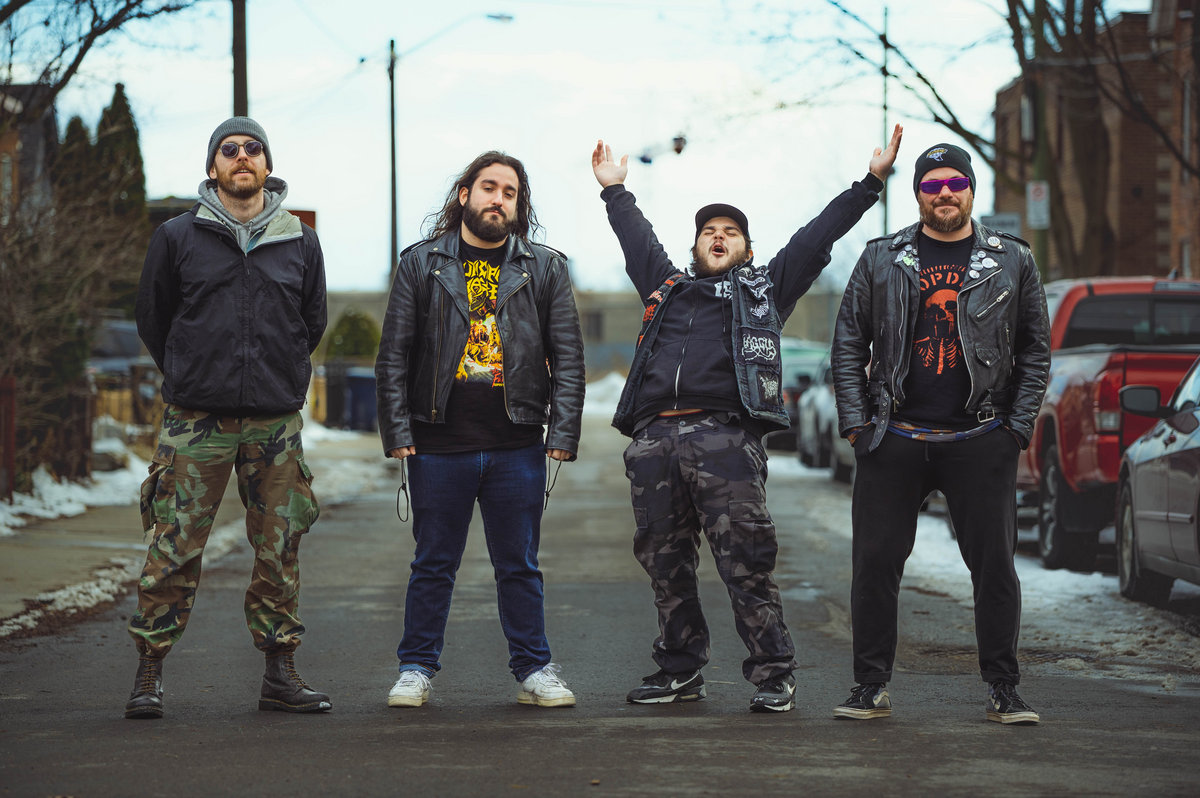 Living on Borrowed Slime was produced by Nick from Schoolhouse Studios and mastered by Scott Middleton (ex-Cancer Bats). It’s a fusion of anthemic and aggressive hardcore punk, the way the subgenre was meant to be played. It’s powered by an array of influences, including tinnitus and lounge acts from Hell, proving that The Slime are absolute mutants to watch. The band has come out of the pandemic, the strongest version of themselves to date with their new EP. It is the whole package, combining the band’s aggression and apocalyptic worldview with their love for B-movie horror and partying.

Listen to Living on Borrowed Slime below, and find out more about The Slime via our Five Questions With segment.

Our most recent release is Living on Borrowed Slime. Recorded last summer and released this May through Cursed Blessings Records. It captures the different aspects of our sound and includes some new tunes and ones we’ve been playing for years. Yes, it’s supposed to be that short.

Other than drugs and alcohol? We pull our inspiration from each other in the jam space. Everyone is a music fiend in the band whether it’s free jazz, thrash, hardcore, or afrobeat. We’re always showing each other new music and getting inspired. Lyrically we draw from horror films and literature, comics, and our unhinged dreams. Much more interesting than the world around us, but that sometimes creeps in too.

We have a great gig on August 19th at Doors Pub in Hamilton with Plaga from Toronto, SuperDeaf from NYC, and Disrejects from Mexico. Also, some things brewing for the fall that are TBA.

Our goal for 2022 is to write some new music, enjoy the city being opened up and seeing as many shows as possible, and then hopefully take our thing on the road in the fall out of the province.