Home / Interviews / Andre Pettipas and The Giants share album, Live at The ElMo

Andre Pettipas and The Giants share album, Live at The ElMo 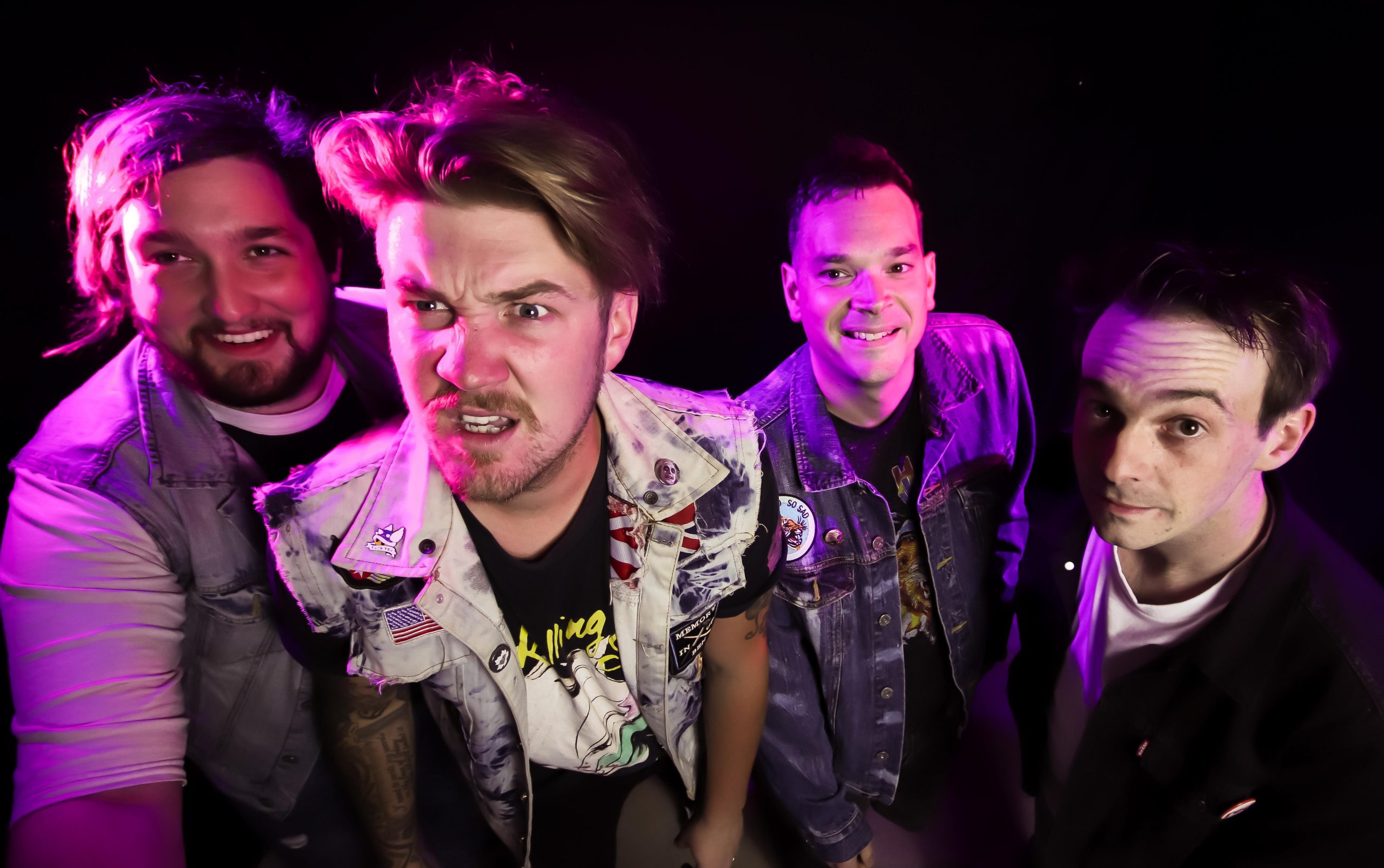 The 22-track album was recorded at the legendary El Mocambo in Toronto, ON, last September and includes tracks from their sophomore album, No Fools No Fun , and five brand new songs capturing the no holds barred, kick-ass ethic the band brings to everything they do.

Listen to Live at the ElMo below and learn more about Andre Pettipas and the Giants via our mini-interview.

Here’s a little info about my band:

With their take no prisoners; live performances, stellar musicianship, and habit of finding grist for the songwriting mill in everything from southern rock to pop and prog, Andre Pettipas and The Giants are a rarity – an act who absolutely refuse to let anything take the fun out of their creative process and performances on record or on stage, and with absolutely no fear of stepping outside of the box to get their message across.

No Fools No Fun, produced by Brian Moncarz (Alice Cooper, OLP), has been nominated for rock recording of the year for the 2022 ECMAS. This album had tracks receive national recognition, with “Sympathy Card” reaching #27 on Billboard’s active rock chart and “Overtime” used in a montage during game 4 of the NHL Stanley Cup Playoffs.

The band is fresh off the release of their live record in June, recorded at the legendary El Mocambo last September. They also just began tracking for their third studio album at The Bathouse (The Tragically Hip.)

You have recently unveiled your new double live album, Andre Pettipas and The Giants Live at The ElMo. Why did you decide to unveil a live album, and what made you choose this specific show?

We’re told frequently that our live show is the reason why we win over many of our new fans. In a digital world, there can be many ways to entice new listeners, but much like our old school approach with recording, we feel like there is no experience quite like seeing a band live. In saying that, we felt like we needed to not only prove something to ourselves but to prove to listeners out there that rock n’ roll is still alive and well. We’ve had the idea of recording a live album since 2018. Manifesting something like this didn’t come easy; the pandemic delayed it multiple times, but on my 30th birthday, we played night one of the back-to-back nights recording/performing at the legendary El Mocambo Tavern in Toronto. We knew this venue had so much cool history and previously released live albums before, and we wanted to help keep the legacy going forward with another era of rock bands ready to take the stage.

You worked with some pretty big names on the album, such as Max Kerman of The Arkells, John-Angus MacDonald of The Trews, and Jon Landry of The Stanfields. What were these experiences like?

The live album starts with performing our sophomore album, No Fools No Fun, which was released just two months before the recording of Live At The ElMo. Jon Landry (Stanfields) was a part of the project in the early stages, which ultimately led to us working with our producer, Brian Moncarz. We won the Q104 Homegrown Contest in 2017, and that included studio time. We worked with Landry on our industry demo, and he co-produced the track, “The Swedish Motel,” which caught the attention of Moncarz as he heard it on a radio show in Toronto one evening. Moncarz then messaged me asking what our future plans looked like, and after six months of planning, we got to work on ‘No Fools No Fun.’ This album also had Max Kerman arrange track 2, “Dark Times.” I won the Arkells “Leather Jacket” cover contest back in 2015. I’ve stayed in touch with Max over the years, and he sent the notes for arrangement and production for that track over email. J.A MacDonald produced one of our most rock n’ roll and most energetic tracks from the album, “Sympathy Card.” Working with JA was a real treat. He’s got a great approach to production and knows the ins and outs of making a song stand out. That track got a top 30 spot on Billboard’s Active Rock chart.

We’re joining the likes of JA and The Trews, Glorious Sons, The Stanfields, and JJ Wilde later this month as we play Trunk 7 Music Festival with The Stanfields and join the rest of the crew in Saint John at Area 506 Festival. With a line-up chock-full of rock n’ roll, we are excited to make some noise for our first show in Saint John.

What’s your favourite thing about the East Coast music scene?

Reconnecting with old buds on the road. With bands being so busy throughout the year making their marks on the local scenes, it’s so tough to stay connected with all of your pals in the scene. When we all link up again at festivals and/or conferences like ECMAs, NSMW, Canadian Music Week, etc., it’s like we never skipped a beat. You get to catch up quickly over the weekend and remember how cool it is for all of us to be pursuing the musical dream we each began embarking on (mostly at a young age.) The scene is so diverse; there really is something for every style of music listener. The collaborative game has stepped up massively over the pandemic years, and I hope it’s something that stays going forward. There’s so much talent on the East Coast, and we’re super proud to be part of the scene here.