Among Legends – Five Questions With 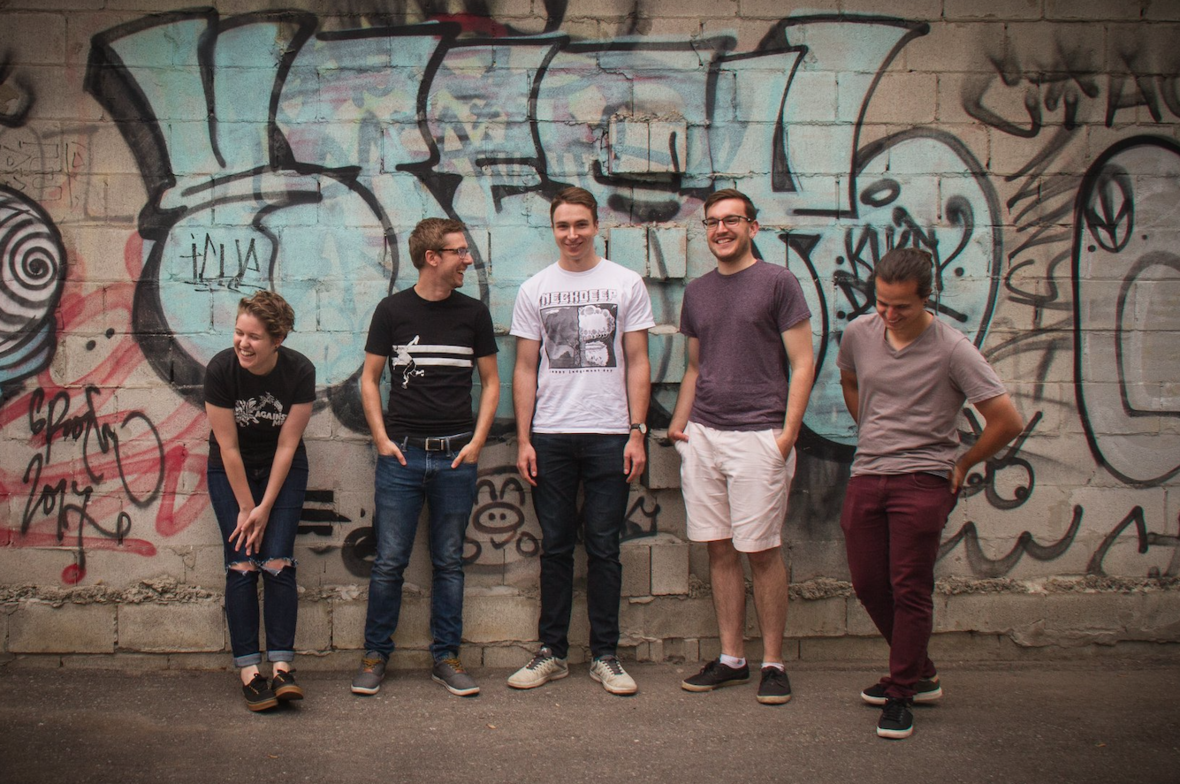 Watch the music video for “Magnolia” below and learn more about Among Legends via our Five Questions With segment.

Hello! We are Among Legends from Waterloo, ON, and we’re stoked to be chatting with you today! We’ve been playing music together for just over five years, and if you like poppy, upbeat punk rock, you might just like us. We’ve got five members in the band: Mitchell on vocals, Cameron and Tyler on guitar, Sara on drums, and Anthony on bass!

We just released our first ever full-length record – it’s called Take Good Care, and we’re extremely proud of it! We decided way back in 2018 that after a few years of putting out singles and EPs, it was time to assemble a full album. We’d been busy writing new songs for a while and had put a few more together by the time we recorded in the summer of 2019. We had a great time in the studio working with Siegfried Meier and Ryan Izzard and were gearing up for a 2020 release when the pandemic hit and put everything on hold. The delay was tough, but it did pave the way for us to meet the lovely people at Little Rocket Records, who have been helping us out with the album launch. After a long wait and a ton of work, the album is finally out, and we’re so excited for people to hear the songs – we hope folks enjoy them as much as we do!

Songwriting in this band is fairly collaborative – typically, someone comes to practice with an idea for a song, and then everyone brings their own playing style to their individual parts. I think this approach really lets each band member’s personality and musical influences shine through. A few of us are pretty heavily inspired by punk bands from the 90s and early 2000s – the kind of upbeat, melodic punk that Fat Wreck and Epitaph were putting out – and I think you’ll hear a lot of that in our songs. Our guitarists are fairly engaged in the current pop punk scene, and that more modern playing style really comes through on our new record.

We’re currently finishing up our first ever tour in celebration of the release of Take Good Care! It’s been a ton of fun visiting new cities and playing shows in some pretty neat venues on the east coast. Coming up, we’ve got a few Ontario shows planned for August, and then we’ll just have to see what falls into place for the rest of the year.

I think our main goal will be to do as much as possible to promote the new record. We put so much into this album, and we’ll be working hard to get it into as many ears as possible. Apart from album-related stuff, we’ve been putting together some new material that we’re all really excited about, so we’ll probably spend some of 2022 working on those songs – and hopefully, we’ll be doing some tour planning for 2023!