Home / Promos / Carol Welsman unveils a reimagining of timeless classic, “Pick Yourself Up”

Carol Welsman unveils a reimagining of timeless classic, “Pick Yourself Up” 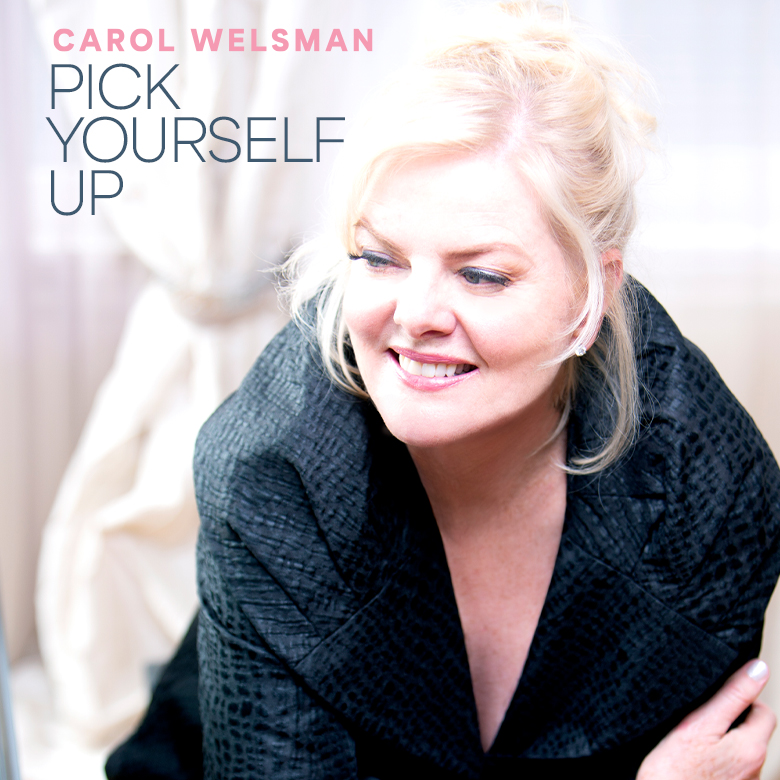 Internationally acclaimed Toronto-born, LA-based jazz artist Carol Welsman has picked up a very timeless classic, dusted it off, polished it up, and is starting it all over again for a new audience.

Ahead of the September 9th release of her 14th album, appropriately titled 14, Welsman is giving us the gift of her warm, infectious interpretation of “Pick Yourself Up,” a song that may have been written nearly 100 years ago — but the relevance of its message and affinity for its melody never dims.

Fred Astaire and Ginger Rogers first introduced the song in 1936 in one of their timeless musicals, “Swing Time.” Since then, a cavalcade of greats has been recorded over the years, including Ella Fitzgerald, Anita O’Day, Frank Sinatra, Mel Tormé, and Gregory Porter. However, it was Nat King Cole who first really popularized the song, and Welsman targeted Cole’s 1962 recording of “Pick Yourself Up” with George Shearing as her definitive template.

“It’s a beautiful arrangement by George Shearing, which he recorded with Nat King Cole years ago,” notes Welsman. “It was so inspiring, I lifted it note for note and we re-produced it as a trio featuring Pierre Côté on guitar, Rémi-Jean LeBlanc on bass, and yours truly on piano and vocals.”

From the first familiar and self-assured notes, Welsman’s lovingly faithful take on “Pick Yourself Up” displays her keen ability to put a personal frame around a jazz standard masterpiece.

Following the six-time JUNO nominee’s May release of “Come Fly With Me,” “Pick Yourself Up” is the second of three pre-release singles before 14 is unveiled on September 9th via Justin Time Records.

“It is truly a jazz album,” states Welsman.

Listen to “Pick Yourself Up” below, and stay up to date with Carol Welsman via her socials.