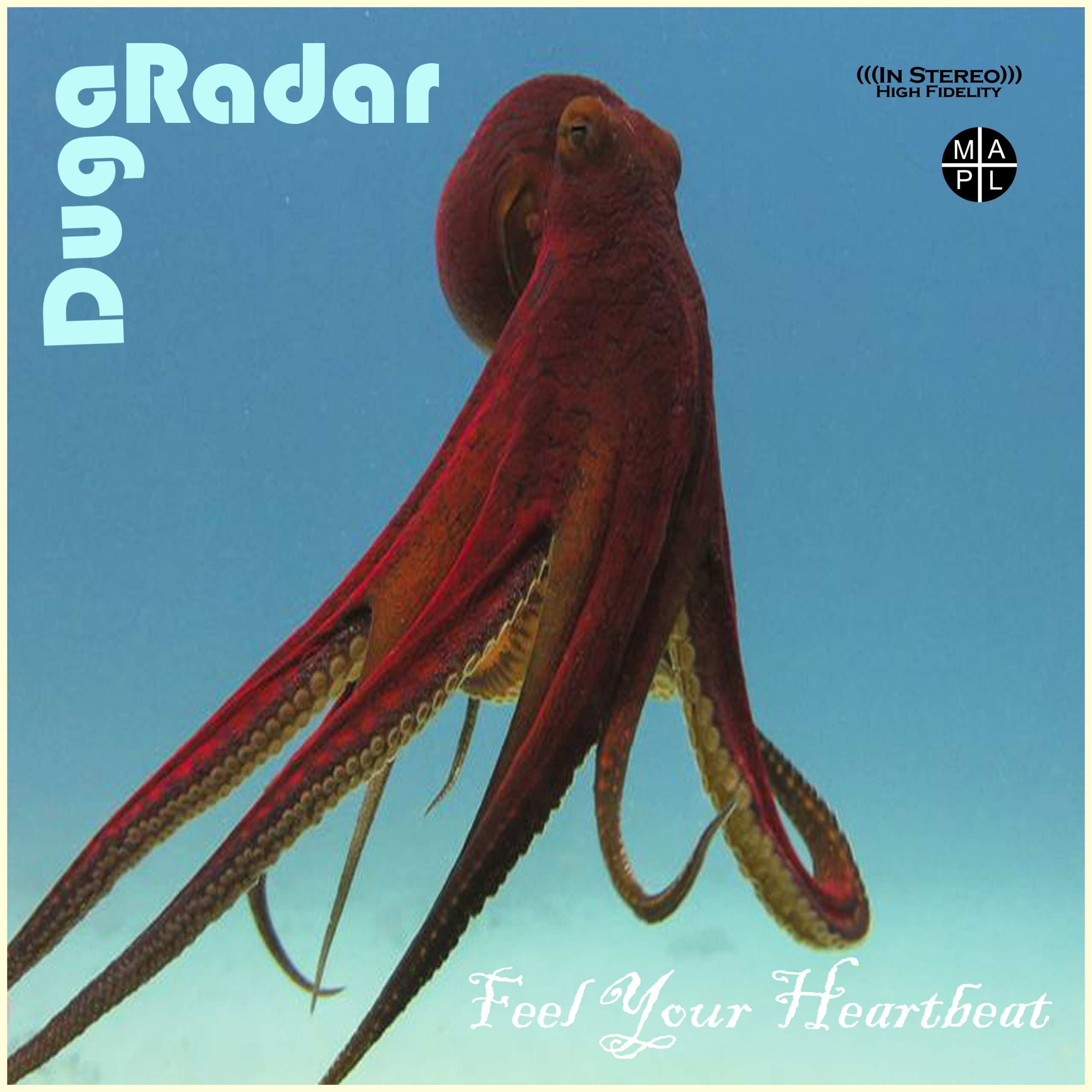 The song pushes and pulls the listener in various directions, drawing immediate attention with an eighth-note bassline and psychedelic guitar chords, and some funky new wave synth lines.

Listen to “Feel Your Heartbeat” below and learn more about Duga Radar via our Five Questions With segment.

Sure! We’re “Duga Radar,” an Indie rock band from Ottawa. It’s a two-piece made up of (me) Chris Thibedeau (Vox, Guitar, Bass) and Brennan Pilkington (Vox, Drums).

We’re named after a Russian Cold War installation near Chornobyl that was designed to send signals over the horizon into North America to attempt mind control or influence on the West.

It’s a song that pushes and pulls the listener in various directions, drawing attention to a “McCartney” style eighth-note bassline. It’s layered with psychedelic guitar chords and some funky new wave synth lines.

“We decided to put a telephone vocal on top of the verses and then chose to hit the listener over the head with a Dr. Dre-style keyboard to tell them ‘The Chorus is here!'”

Paired with the airy falsetto vocals, we think “Feel Your Heartbeat” is an undeniable earworm and quite possibly a feel-good hit of the summer.

The whole objective of this project was to continue writing and recording material during the pandemic. We couldn’t play live so needed an outlet during the lockdown and this was it. So in essence this band was conceived and birthed out of the pandemic. We released an Album, 2 EPS, and a few singles independently during this time, and our next effort will be to tour and play some of this powerful music live!

I love this question because it’s not easy to answer. Let me try and narrow it down. In my opinion, Canada’s greatest songwriters have included Mike O’Neil (ex Inbreds) and Chris Murphy from Sloan. Both are melodic bass players like me -but these two have written so many outstanding songs that I love.

So for me -they are the Paul McCartney and Brian Wilson of Canadian indie music. Dave Merritt from Ottawa’s “Golden Seals” is the Ray Davies of Canadian music and also stands alongside these 2. He needs to be mentioned and considered because his songs are equivalent and so outstanding. They all write music and lyrics that stand the test of time and place great emphasis on melody. They also aren’t afraid to use melody in lower frequencies like bass.

I’ve been a session player and recorded with other acts and producers at the helm. I was surprised to work with one well-known producer who shied away from allowing the bass to carry the melody and move around. He wanted the melody to be carried by other higher frequency instruments and sought to have the bass pulse along in a very simple fashion. It was his thing, I guess. But I found that very boring, unnatural, and uninspiring. In fact, I can’t listen to those recordings to this day!

So who would I want to work with? Of the three artists considered, It’s Mike O’Neil. But only by a hair. His record “Wild Lines” is a modern classic. I love the writing, the lyrics, the recording, the bass tone with a pick, the incredible melodies, and the overall production.

Duga Radar will continue to write and record new music, but we’ll begin to place a new focus on playing live. It’s been so great to see and hear live music again, and we’re looking forward to playing some of this music live! We hope to see you soon. In the meantime, we hope you enjoy this new “Feel Your Heartbeat!”