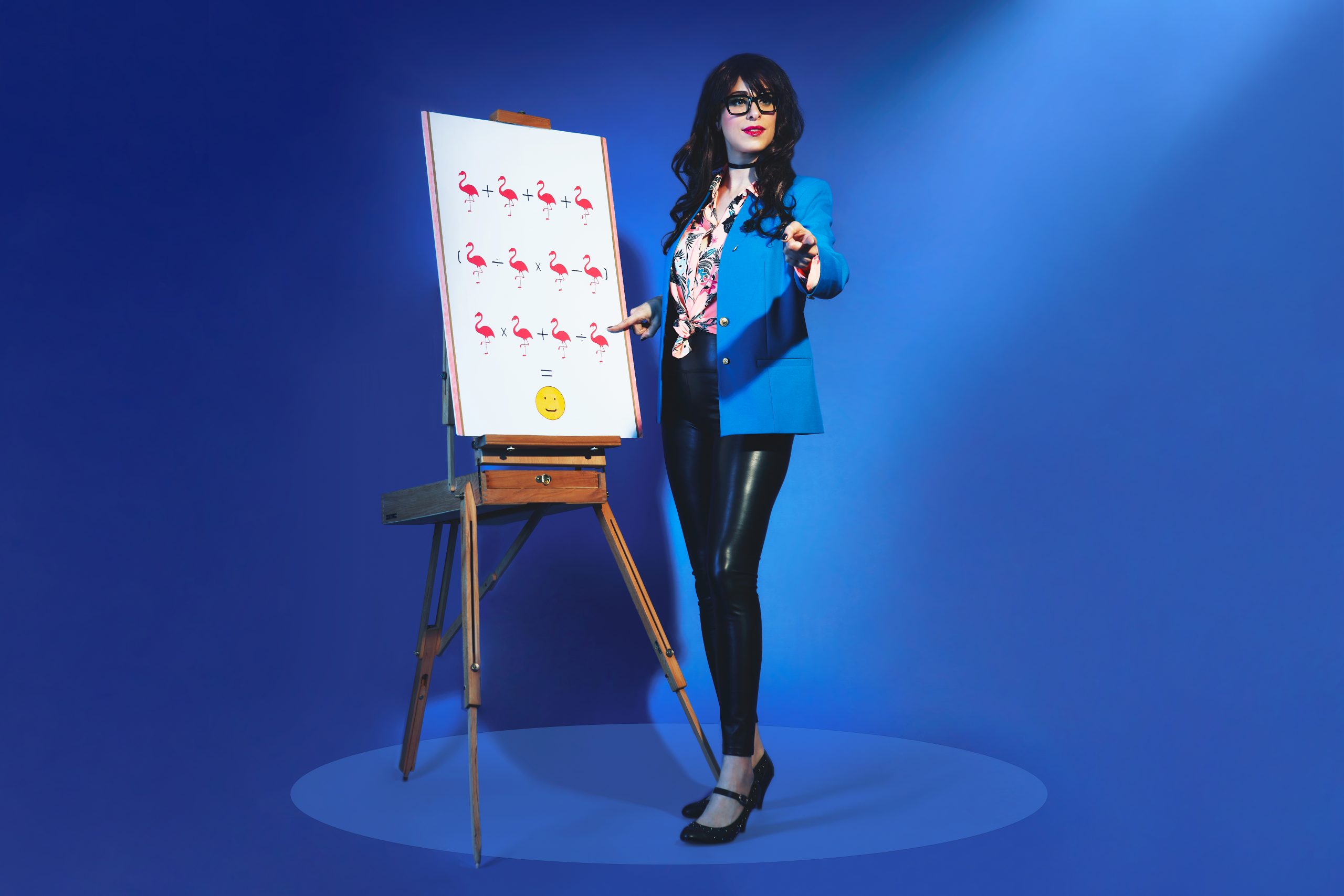 Canadian singer-songwriter, producer, and mixing engineer Sarah Shafey has released “Caught Out The Door,” the third single off her forthcoming album Blackbox Universe, out September 23.

Sarah Shafey is shifting genre-gears from the electropop feel of her first two singles to a high-energy, alt-rock track in “Caught Out The Door,” which won Sarah a gold award for Best Alt. Rock Music at the LIT Talent Awards. Drawing on influences from Pearl Jam, The Cranberries, and Soundgarden, Sarah’s impeccable vocal melodies are surrounded by crisp production. This commanding rock anthem is about feeling rejected, letting it out in a cathartic release, and moving on.

“All we want as human beings is to be loved and appreciated,” explained Shafey. “When you feel rejected for just being yourself, it’s one of the worst feelings. Stay positive and let it all go!”

Throughout Sarah’s writing experience, she explores different versions of herself, which she has characterized through the singles being released leading up to her fourth album. With the first single, “Competitor,” we saw the character Princess Layla (an Egyptian Princess) visualized through the single’s imagery and in Act 1 of Shafey’s comic book series. The second single, “Pick Up The Phone,” introduces us to Suzy Q (an adoring wife). Check out Act 2 of the comic series. Today, Shafey reveals Act 3, Boss Babe, the character Sarah relates to most.

“We all have different versions of ourselves so I felt the need to explore who they were,” says Sarah. “Some of it was a shedding of skin that I don’t want anymore and other elements are more closely aligned with who I am now and want to be more like.”

Ever since the first time I heard Sarah Shafey’s music, I was hooked. Her single “Competitor” started my journey into her universe. “Pick up the Phone” followed suit, and once again, I loved it. So when I found out the third single from her upcoming fourth album, Blackbox Universe, was out, of course, I was excited.

The new release, “Caught out the Door,” shows a different side of Sarah’s musical abilities. Shifting away from the electropop feel to a more alt-rock approach, and let me tell you, I’m not upset about it.

The beat instantly pulls you in, and once again, Sarah’s vocals intertwine with the music perfectly. The lyrics for this track are so matter-of-fact, and I can immediately see why the persona in Act 3 of her comic is Boss Babe. A take-no-shit kind of girl!

So what are you waiting for? Take the journey into Sarah’s universe, starting with “Competitor,” then “Pick up the Phone,” and finish up with “Caught out the Door.” If you’re anything like me, you’ll be waiting patiently for her next release.

Listen to “Caught out the Door” below, and stay up to date with Sarah Shafey via her socials.