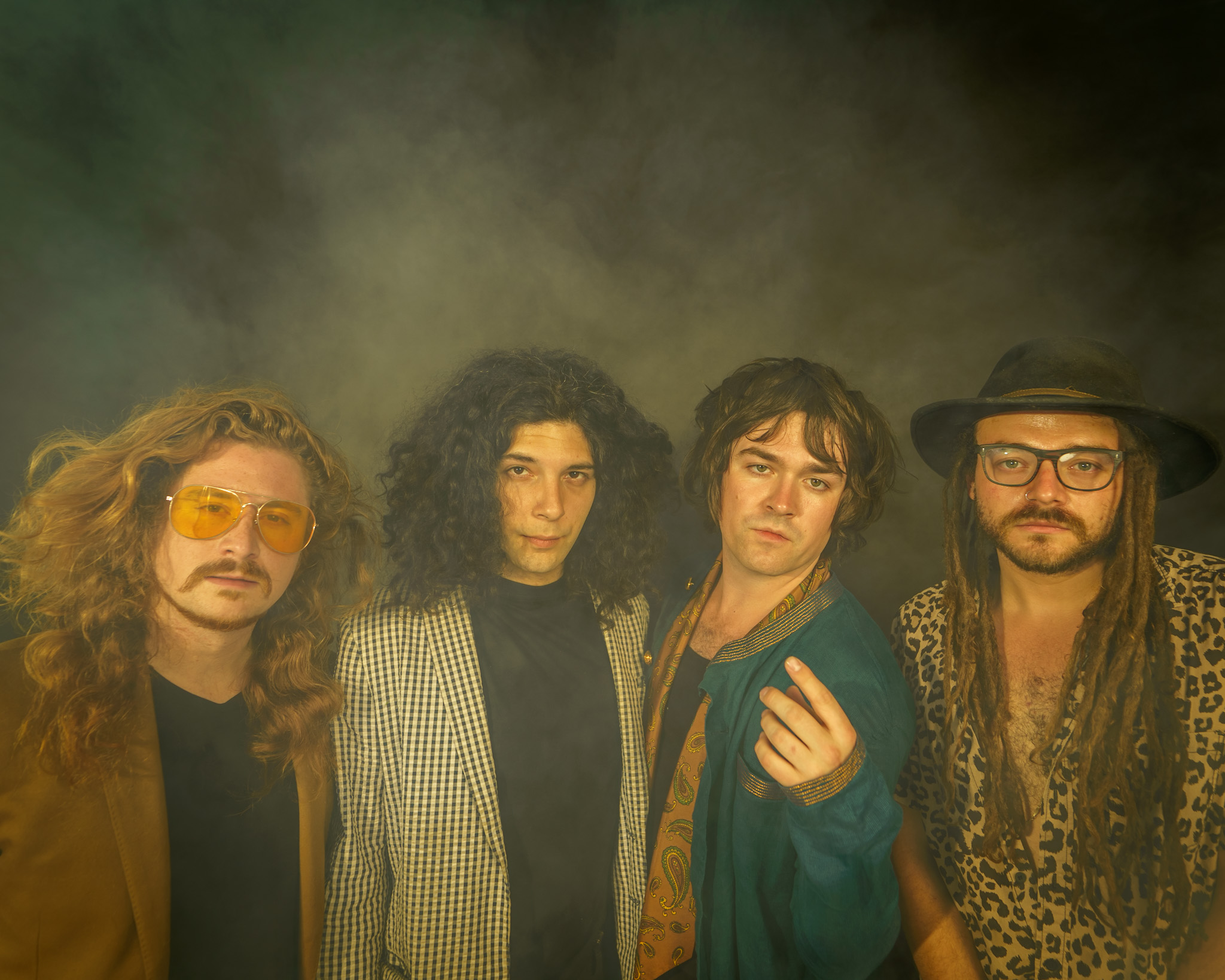 Harm and Ease return with their new EP, Camino Loco

Toronto-based rock band Harm and Ease unveiled their Camino Loco EP on July 15, 2022, via Cosmocat Records. The album title, translating to “Crazy Road,” signifies the whirlwind journey that the Harm and Ease lads have travelled, from the bustling and colourful streets of Argentina to the bold, fast-paced city of Toronto.

The EP features singles, “Cut Me Loose” and “Lemonade,” plus four more tracks you need to check out!

Listen to Camino Loco below, and find out more about Harm and Ease via our mini-interview.

I’m John Goodblood and I play guitar in Harm and Ease! We’re a modern rock band living in Toronto, and we have a wild story. Our founding members, Danny and Rylan, started the band when they were teenagers living in Burlington, but eventually, Danny and his family had to move to Argentina. As soon as Rylan finished high school, he moved down there to keep working on the band. This is where I met the guys. Now we’ve been in Canada for a little over two years, so it has been quite the journey!

You have released your new EP, Camino Loco, which translates to Crazy Road. Care to tell us a bit about why you chose this title?

The title Camino Loco translates from Spanish to ‘crazy path’ or ‘crazy road,’ and it refers to the whirlwind journey that has culminated in the creation of this album. In the past three years, we’ve relocated the band from Argentina to Canada, gone through the pandemic, and landed a top 10 song in Canada with our single “Cut Me Loose.” We’ve come out of it transformed, and the title seemed perfect to describe where we are as a band.

You worked with various all-stars on this EP, such as Tawgs Salter, Gianni Luminati, Justin Koop, and Tokyo Speirs. What were these experiences like?

The crew of people that worked on this album has been amazing. I remember getting the first mix back of “Cut Me Loose” sent by Tawgs Salter and getting goosebumps. We really enjoy working with Gianni and Tokyo as well. They understand what this band is about, and they’ve been key in elevating the sound of the album.

Previous singles, “Cut Me Loose” and “Lemonade” are pulled from Camino Loco. How did you decide which tracks would become singles?

In the case of “Cut Me Loose,” the internet was just begging us to release it! TikTok had that song used on so many videos. It was unbelievable. On “Lemonade,” we were lucky enough to have Fefe Dobson feature on it, so that kind of hinted itself as a single. Our last single for the album is “Steady Roll,” and a lot of our fans feel it is one of the strongest of the album.

Yeah! We’ll be headliners at ‘Rock The Coliseum’ ‘in Mississauga on July 23rd. It’s a free festival for all ages with a lot of cool bands, so we’re really pumped to be able to headline it. Come rock out with us!