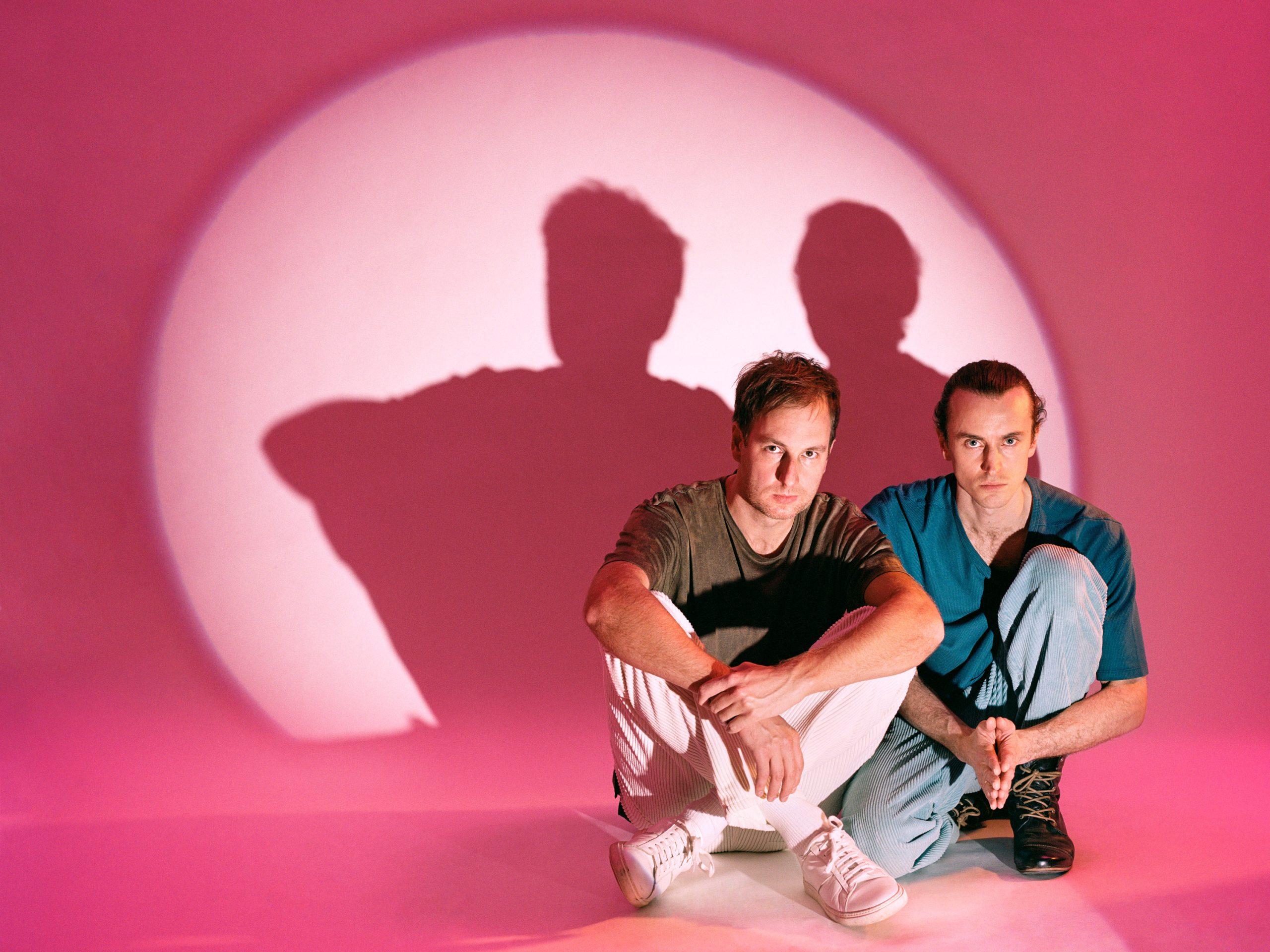 Formed during a global meltdown through equal parts love and revenge, Pink Blob is bent pop music formed through colliding genres and covered in a layer of scuzzy guitars and shredding drums.

The duo unveiled their self-titled album on July 1, 2022, which features their single, “Friday Rocker.”

Listen to the album below and learn more about Pink Blob via our Five Questions With segment.

Pink Blob is a hyper rock band from Toronto, consisting of Morgan Waters and Spencer Cole, formerly of Weaves. We try to sound like Doja Cat and Led Zeppelin. We aim to entertain, to make you feel, make you laugh, make you sing along, and make you confused. We also make stupid videos on our social media that blend comedy and live instrument shredding. WE ARE FUN.

Our record sounds like an entire summer music festival condensed into 40 minutes. It flows like this: first, a rock band shreds out the lunchtime slot to wake people up and get the roadies nodding. (Tracks 1-2). Then, a high-energy pop act plays a few tracks and gets people singing along while they ignore their sunburns. (Tracks 3-5). Suddenly, someone crashes the stage and freaks out before security arrives. (Track 6). The sun is starting to set, and an alt-rock band grounds the day with a song you think you’ve heard on the radio (Track 7). It’s dusk, and the MDMA you took earlier is starting to kick in. You make out with your lover (Track 8). You look around and are grateful to be here listening to music on this beautiful night with the people you love (Track 9). It’s dark out now, and the mushrooms are kicking in. The band gets jammy and gronked out. (Tracks 10-11). Suddenly you wake up, alone. You were never at a festival. It was a dream. (Track 12)

We are playing with Rapport and Sap at the Monarch on August 12th. Beyond that, we are constantly making new music and videos and releasing it on Instagram.