LASSO Montreal ‘s very first edition, presented by Bell in collaboration with Coors Original is only a few weeks away and the LASSO team is thrilled to announce the daily lineups on August 12 and 13 at Montreal’s Parc Jean-Drapeau!

In addition to the full-on twang fest planned for LASSO In The City on Thursday, Aug 11 with Jade Ealegleson at MTELUS, Montreal’s Île Sainte-Hélène will be the site of a massive hot country hoedown with some of the most sought after acts in the biz, performing their hits at Espace 67 in Parc Jean-Drapeau (one of the top festival sites in North America). Fans can expect chart toppers and trendsetters like headliner, Luke Bryan, one of the hottest country artists in the world; Dierks Bentley, who’s already got 17 number one hits on the Hot Country Songs and Country Airplay charts; Tenille Townes, the 4-time CCMA winner from Grand Prairie, Alberta who wowed the crowd at the recent Canada Day celebrations; Kelsea Ballerini, who has been teasing details of her forthcoming album on socials lately, and so many more. 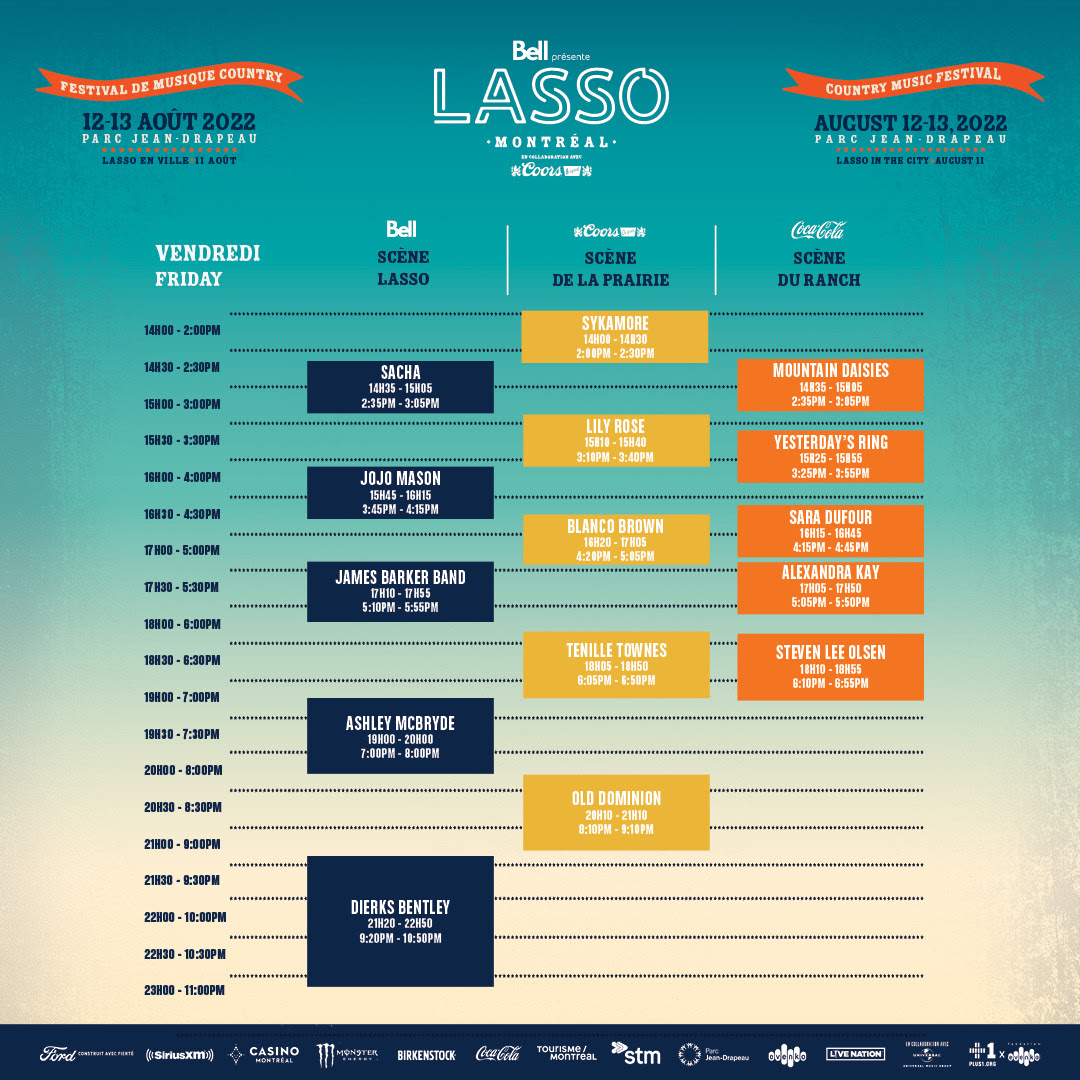 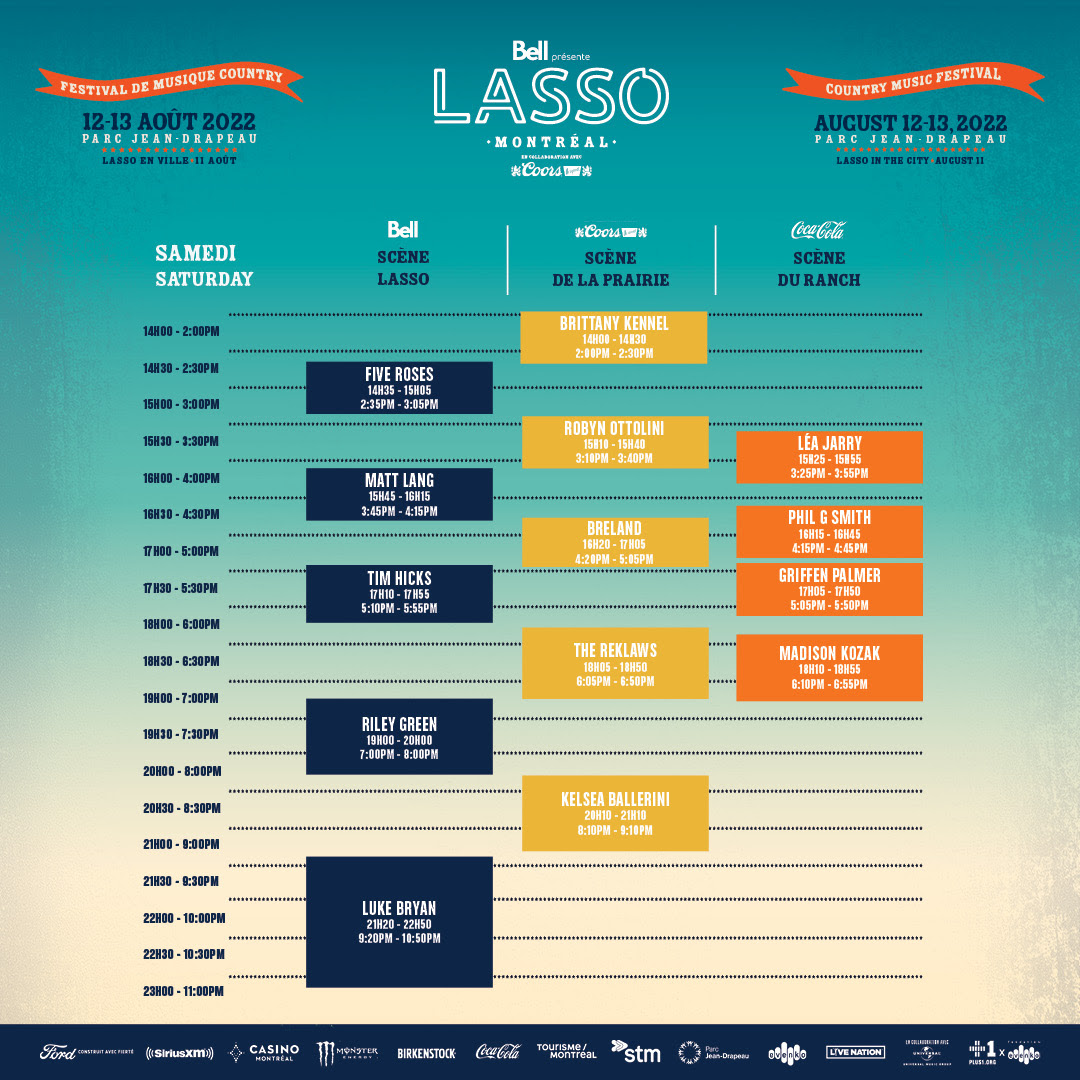 There are so many great bands  to catch at one of the most inspiring festival sites in the world – and in addition to the headliners, the LASSO team is beaming with excitement about a few new hot artists to be found in the lineup, as well:

Canada will also be represented by some of the most talented artists in the country performing their country hits.