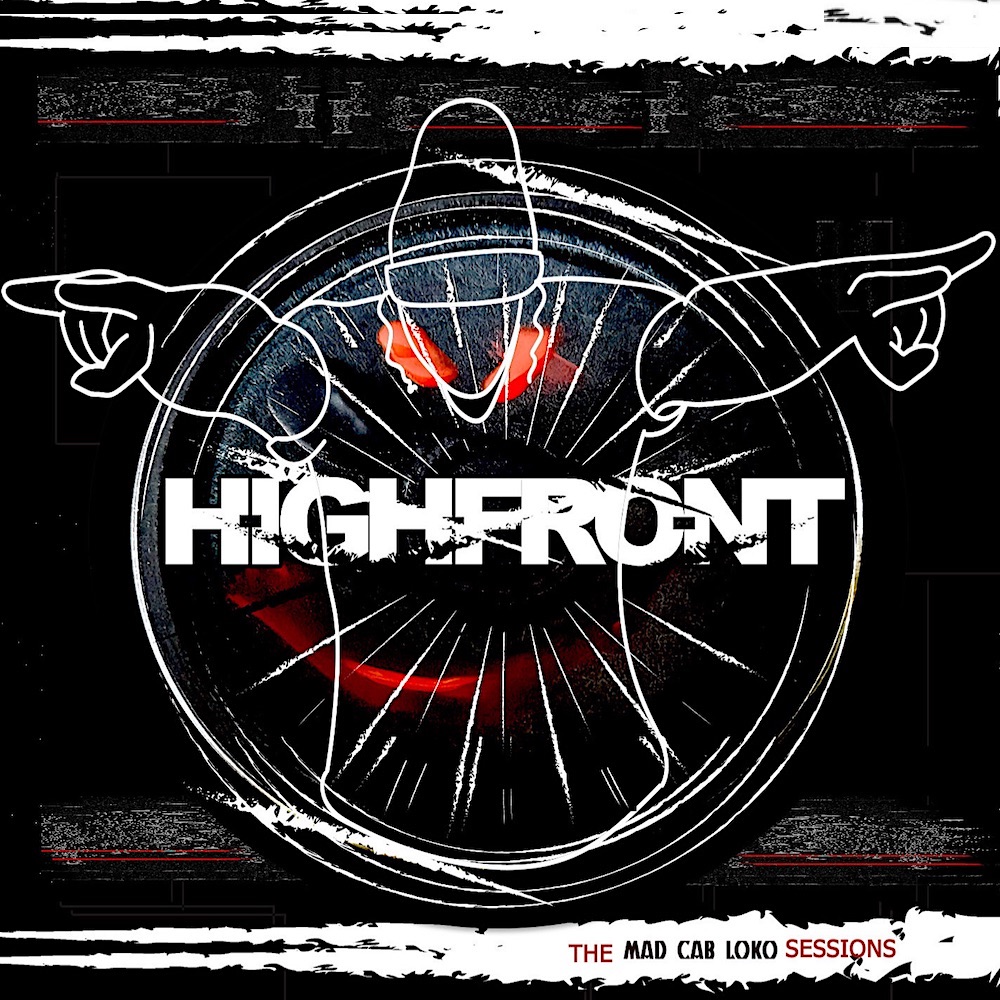 The Mad Cab Loko Sessions is a collection of 10 songs written and recorded leading up to and including the pandemic of 2020.

Formed in September of 2019, the members of HIGHFRONT are Adam Loback (Guitar and Vocals),  Corey Zadorozny (Drums), and  Jason Desmarais (Bass).

The band’s sound is rooted in a heavy hard rock sound, and the three members of HIGHFRONT bring a wide range of influences that have helped them develop their sound. The bands Metallica, Pantera, Slipknot, Red Fang, Alice In Chains, Black Sabbath, and AC/DC are an inspiration, and influences also come from the artists like Down, Dimebag Darrel, Foo Fighters, and Mudvayne.

When it came to “Dance In The Ashes,” I enjoyed the upbeat beat from the beginning. I would like to say I could understand the lyrics, but that was a no-go, but who says that is a bad thing? I can see that this song, as well as many others on the album, could appeal to fans of a variety of genres. So, whether you think you like heavy rock or not, give it a go!

Listen to The Mad Cab Loko Sessions below, and stay up to date with Highfront via their socials.