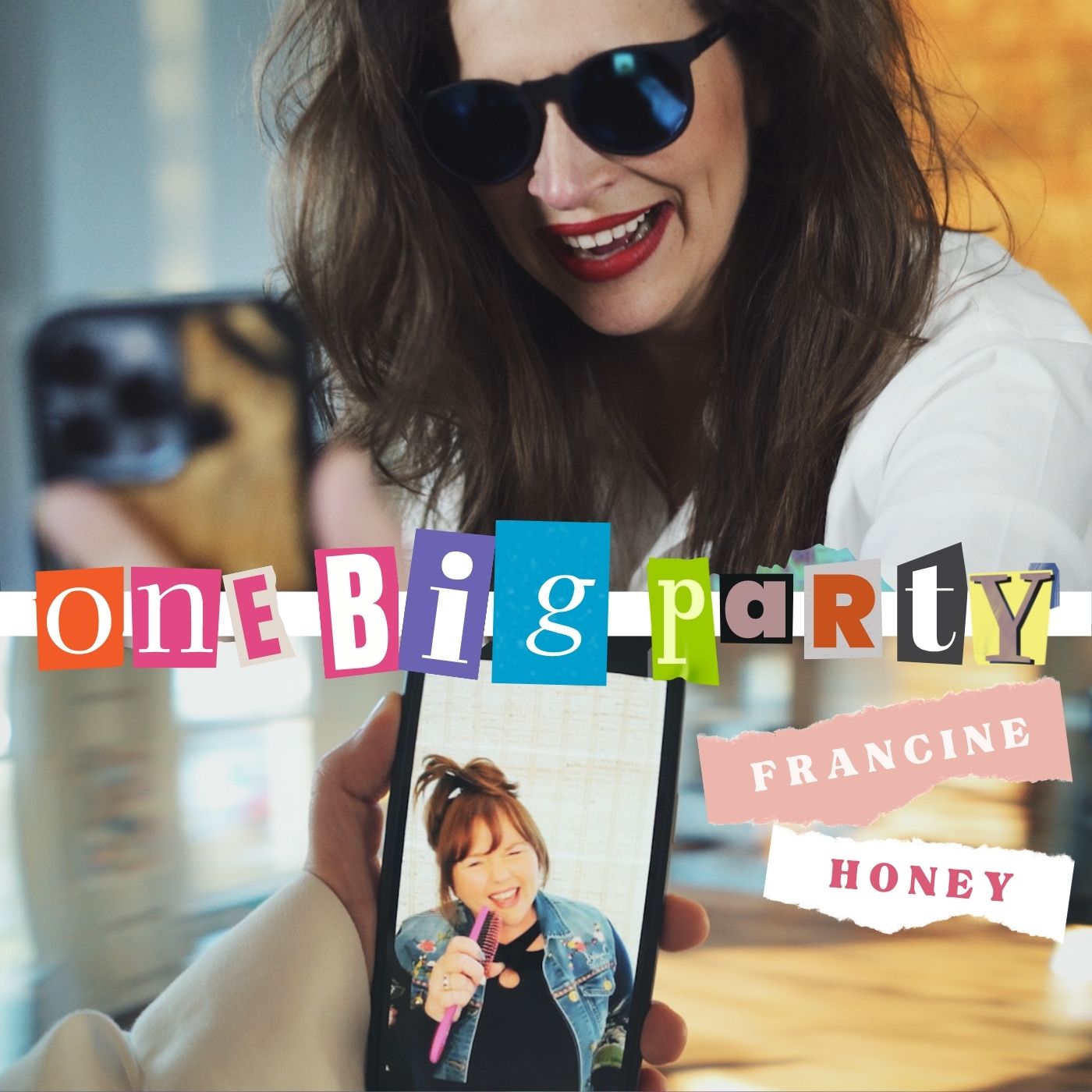 Francine Honey captures the revelry of the post-pandemic reunion in her new single, “One Big Party”

There’s nothing like getting together with friends you haven’t seen in forever, and Ottawa-based Americana artist Francine Honey bottles the excitement of a wild, all-out reconnecting of pals in her new single and video, “One Big Party.”

Rocking and rollicking with a driving rhythm and a singalong chorus, “One Big Party” is an ode to the reunions we’ve all longed for during the pandemic — as well as reunions of every kind.

“I had my group of high school friends in mind when I wrote it,” Honey shares. “We reconnected at a high school reunion some years ago and have gotten together regularly since then. Our parties almost always involve being outside around a fire and howling at the moon by the end of the night!”

Being stuck at home the last couple of years, we’ve all had cabin fever.

“As we were all hunkered down at home, didn’t we all make plans for when we’d get together again?” Honey asks. “I know I did! I don’t know how many times I put an X on my calendar on the wall, only to have to scratch it out and put the X in another spot.”

“One Big Party” was written with co-writer Fabio Ingratta, who Honey met at a songwriters’ meeting she hosted.

“He has a certain style that I thought would suit a party song,” she says. “We had so much fun writing it and came up with so many scenarios that it was hard to nail it down. Even though we only lived 15 minutes apart at the time, we used Zoom and lots of texts back and forth with lines describing the kind of party we were going to have with our friends.”

“They were all together, except for me!” Honey explains. “I was in on the session via Zoom with a sound feed direct from the board.”

She then recorded her vocals in her studio in Leamington the week before she was set to move to Ottawa; co-writer Fabio Ingratta sings background vocals on the song.

“One Big Party” is the last single from Honey’s upcoming album, I Carry On, and the song officially kicks off Honey’s ‘summer of fun’ campaign across her social media channels with upwards of 20k fans.

Speaking of fun, the track is complemented by a playful video featuring Kristian Dambrino and Honey getting ready for their party “Risky Business” style.

Watch the “One Big Party” video below, and learn more about Francine Honey via our mini-interview.

I am always thrilled that you support my music and want to know more about me. I am a songwriter, singer, multi-instrumentalist, recording artist, director, and video producer, and even writing that all seems surreal since I never ever thought I would ever be able to do what I do for a living. I’ve been writing songs since I was 12, but I only started sharing my music later in life.

I never thought I could “make it” when I was younger, so I went to university and got a degree in Mathematics and Computer Science.  That served me well since after I married and had two children, my husband left, and I raised my two beautiful children alone.  I wrote songs during that time and worked with the Canadian Federal Government specializing in Business Process Management, designing web-based applications, and managing change for all three research granting agencies.  I loved designing systems and helping people simplify their work processes using technology. I still am process focused even with my music business!

Flash forward to the day I simply couldn’t do it anymore because songs were consuming my every non-working moment.  I would dream of songs, wake up with songs in my head, and get songs during coffee breaks…they were ghosts haunting me to be written.  I started working on a plan to quit my job, downsized to the cheapest apartment I could find, and save my money.  Saved, saved, saved until 2013….  I did it!  I made the jump. I traded my high heels and business suit for a guitar and cowboy boots!

I just released my 4th full-length album, entitled “I Carry On,” along with an EP and numerous singles.  I’ve won songwriting awards, and my music has been played worldwide.  Most importantly, I hear how my music is helping people, and that is what keeps me going.  I write about my life and experiences as many songwriters do, and I hope that sharing my story and how I’ve overcome obstacles that it will inspire others and will help heal the wounds that life brings.  My mission is to help people get through life, know they are not alone in their experiences, and heal with my music.

I’ve been trying to have more fun these days and extending this out to all of you as a challenge to do something fun this summer! That is why I released “One Big Party” and will be releasing another fun summer song called “Girls’ Weekend,” along with a chance to be in one of my music videos and a cool contest on July 30th.

What’s the best part of living in Ottawa?

Ottawa has always felt like home to me because it is where I raised my children, and even though they are adults, it is fantastic being able to be part of their lives in a real tangible way as opposed to from a distance. Ottawa is such a great city with so many things to do yet so many green spaces. I love driving up to Gatineau Park and hiking the hills with my “Honey” and family.

I love the phrasing of this question because there are but a few artists who did that to me. That physical reaction where you stop everything. The first artist for me was the Rolling Stones. I remember hearing “Wild Horses” for the first time, and I literally got in my car and drove half an hour to get to Belleville to buy the Sticky Fingers album. I remember when I got home, my Mom was horrified at the cover. lol