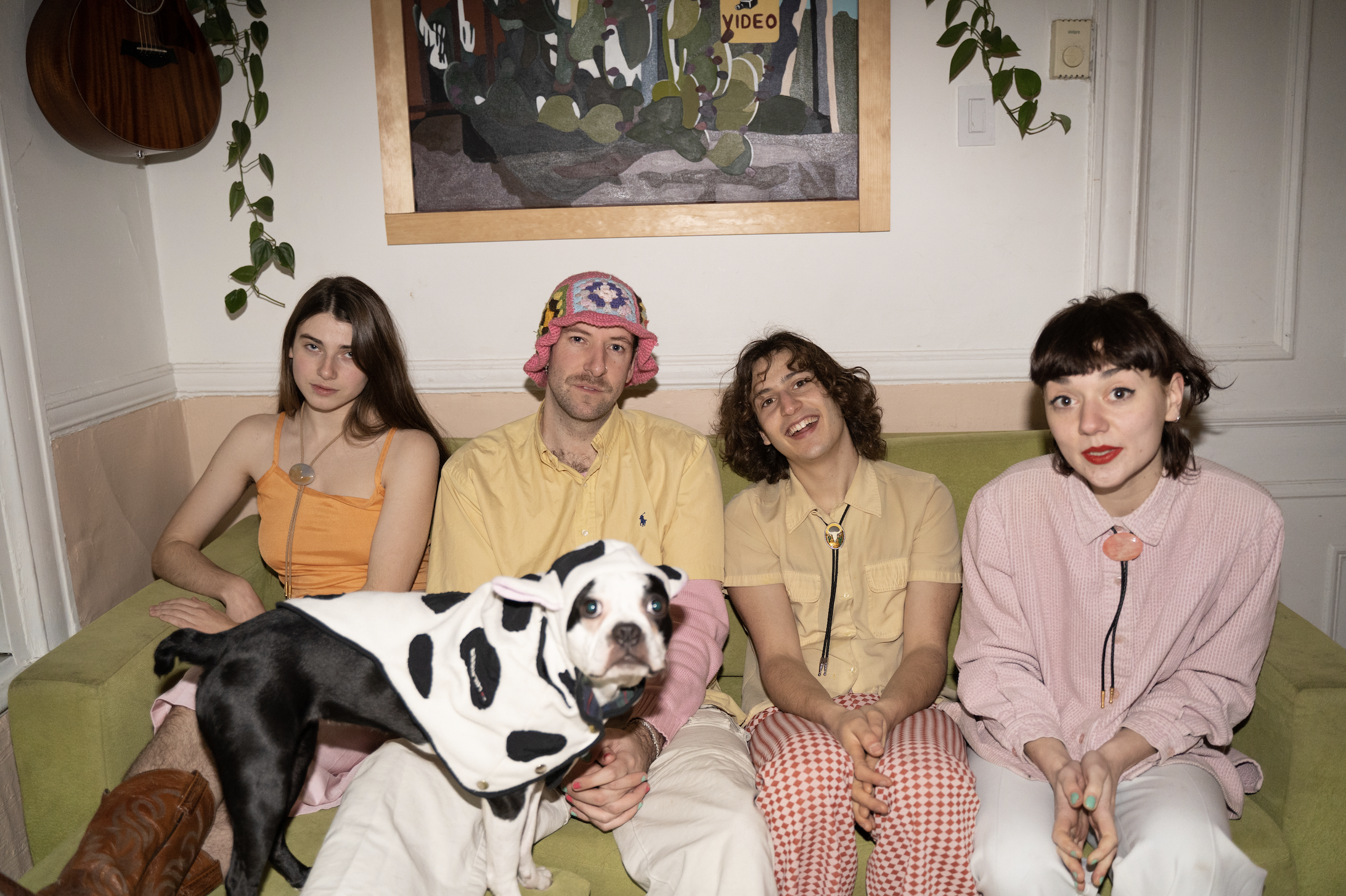 What happens when a break-out post-punk artist runs smack into the big COVID slowdown? A gorgeous album’s worth of alt-country tunes of course. Say howdy to the Nora Kelly Band who recently released their debut single, “Hymn for the Agnostics,” along with a video to accompany the release.

Pre-pandemic, the Nora Kelly-led band DISHPIT made Exclaim’s ‘Class of 2020 – Best New Band’ list in both Montreal and Toronto and recorded their debut album DIPSHIT with Steve Albini. But when everything changed, so did Nora. She looked inward, asked hard questions about her relationships, and went to rock’s roots. Out poured tunes about love, independence, and checking into the Purgatory Motel.

Last summer she and friends played her songs by railroad tracks that run by her Mile End neighborhood, and people flocked to sing along until the cops chased them off. Words spread, propelling The Nora Kelly Band to play rowdy gigs at Ursa and other Montreal venues.

“The lyrics might sound like a familiar, pinning love song, however, when I wrote it, I was actually trying to write from the perspective of my very close friend who was in a toxic, long term relationship. I was single at the time and filled with horror whenever she would vent about her then boyfriend. It seemed like she wanted to leave, but even more than that, she didn’t want to be alone. She was always hoping he would do something to ‘change her mind’, to justify her staying.

I filmed the music video on a recent trip to Arizona for my cousin’s wedding. After the festivities, my parents and I rented a car and drove around New Mexico for a few days. I’ve always been in love with the desert, and I shot everything I could. Being from Canada, nothing feels more magical than the desert. Along the way I would get my dad to hold the camera while I lip-synched along, embarrassing us all many times. My mom also makes several cameos in the video with her iPad.”

Watch the video for “Change My Mind” below, and find out more about the Nora Kelly Band via our Five Questions With segment.

Howdy, Nora from the Nora Kelly Band here. We’re just a new alt. country band coming to steal your heart and your horsey.

We just put out a single called “Change My Mind” with a fun video I shot while on a family trip to New Mexico. My mom is featured going down a waterslide and taking pictures of cacti with her iPad.

I am constantly singing to myself, everywhere I walk, around the house, and at work. Sometimes what I’m singing will be inspiring enough to pull out the guitar and turn it into a song. I’ve long said that writing a song feels like I’m laying an egg. They get written fast and I never know when I’m gonna hatch a new one. It can truly feel like it just pops outta me sometimes.

After I’ve got the words and the guitar part, I’ll bring it to the band. That’s when I know whether it’s gonna be a hit or not. If they like it and it comes together with all of us then it becomes immortalized. Plenty of the song eggs just get tossed though if the band isn’t into it.

We just played Canadian Music Week and NXNE in Toronto. Coming up, we’re opening for Kiwi Jr. on July 22nd.

We’re set to put out our first EP in the fall but meanwhile, we’ll be recording our new songs too. Besides that, I’d like to learn to play the trumpet.