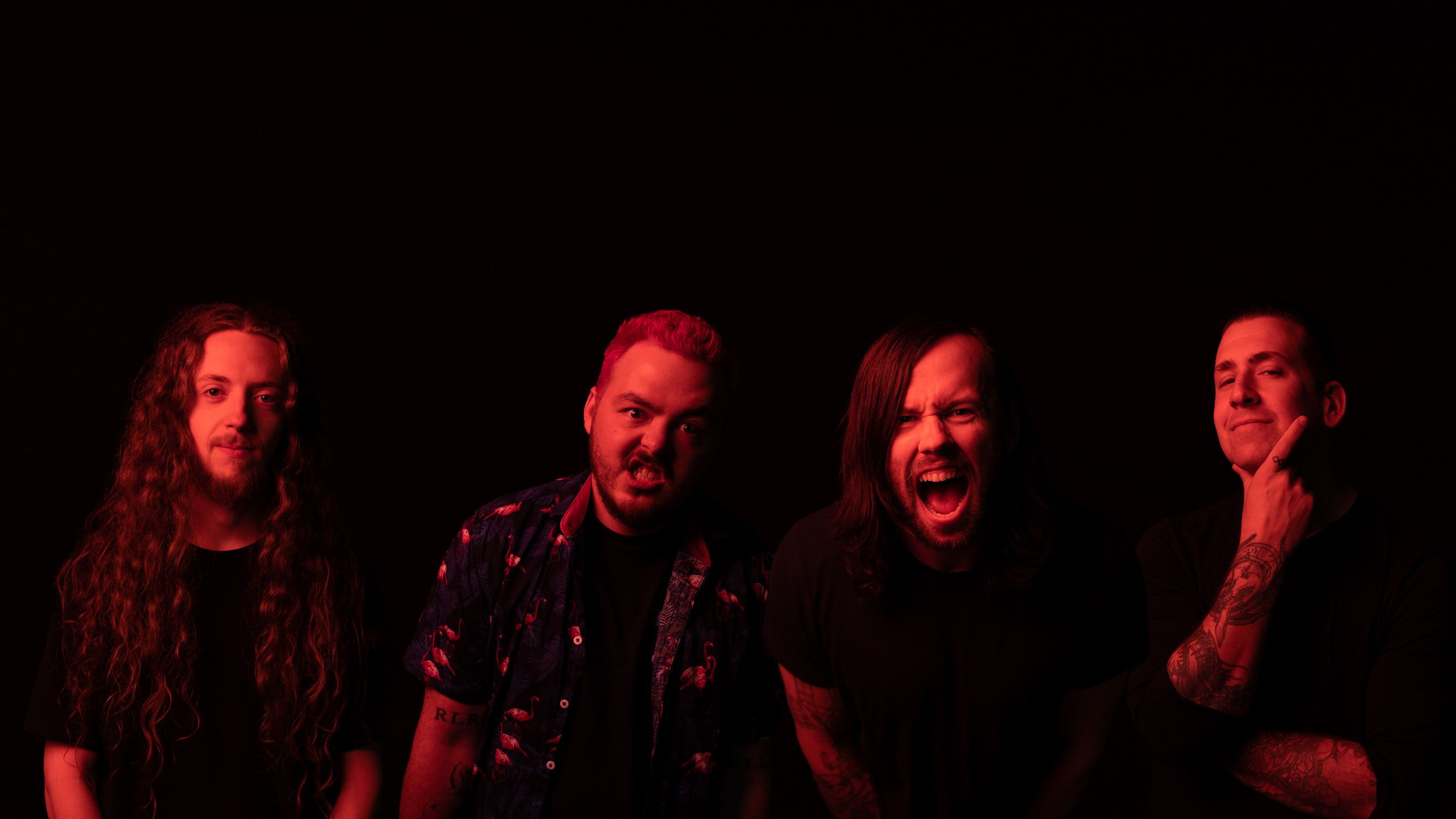 This eclectic group of musicians makes for an incredibly well-rounded, communicative, and experimental band. The imagery of the group itself captures the spirit of punk in a way that’s been hard to find in recent years.

After a year-long hiatus from the stage to focus on mastering their craft and finding their sound, the group is set to release a new EP this year. Recorded at Arc Studio with the help of legendary artist and producer Wade MacNeil, sound engineer, and producer Julius Butty and mastering engineer Ted Jensen, the EP marks the debut of a newer, more refined Dammit Goldie.

With nods to the genres of pop-punk, grunge, and classic metal, these next few songs promise to pack a punch.

Watch the video for “Something’s Missing” below, and find out more about Dammit Goldie via our mini-interview.

Tommy: We are Dammit Goldie. High energy, with a sound that resembles our influences but makes it new. We love to create and we are always ready to put on a show for our audience.

Cam: My name’s Cam, I play bass in Dammit Goldie. I love music and I have since I was a kid. I feel super grateful to have the opportunities I do to play music for people. It’s the feeling I love most.

Evan: We are Dammit Goldie.

Josh: I’m Josh Smith. I’m the singer & one of the guitarists of Dammit Goldie.

You have unveiled your new single, “Something’s Missing”, what can you tell us about the writing process behind the single?

Tommy: This is a song our lead singer (Josh Smith) had written for many years. Josh can write a hook like no one’s business. We realized how strong a re-recording of this song could be with this lineup so we went for it. Each of us added our own voice to the song.

Cam: Yes and we are very excited about it! The writing process was mainly handled by Josh. We all listened to the song and came up with what we felt sounded best.

Evan: The song was written many years ago by our singer Josh Smith. It was recorded twice before this newest iteration of it but never released. We felt we hadn’t captured the potential of the song. With the help of producer Wade McNeil (alexisonfire) and producer/Julius butty, we were really able to bring out the dynamics and energy of the tune and feel it’s ready to be shared with the public.

Josh: I wrote this song when I was about 26. It was a crazy insane time in my life, & it sort of is about growing up and realizing things you maybe did not want to realize while feeling like you’re losing your mind and nothing quite makes sense. The guitar parts were from 2 different songs that I ended up putting together, and then the lyrics and melody followed suit.

You are planning to unveil a new EP this year, what can you tell us about the recording process and working with Wade MacNeil, Julius Butty, and Ted Jensen?

Tommy: Working with those guys was a treat. The care they put in. We felt like we were in good hands. Julius is a boss. So welcoming and comfortable to be around. Generally a great guy. And that bleeds into his process. Never did we feel uncomfortable. It was a great space to create in. Wade was huge in what the sound of the songs became. His knack for gear and experimentation really elevated the process. And we can’t say enough about Ted Jenson. The man is a living legend in music.

Cam: Working with Wade and Julius at ARC was one of the best and most important musical experiences I’ve ever had. It felt surreal to be working with people I’ve looked up to since I was a kid and I absolutely loved the experience of working and recording with everyone.

Evan: It was great working with those guys. Both have decades of experience in the industry and a track record that any musician would be inspired by. They approached our songs not trying to change them or make them better, but simply to shine a light on what they actually are. Wade brought his knowledge of gear and stacking of sounds which gave the songs a dynamic and grit that we have yet to capture in prior recordings..and Julius brought a level of patience and attention to detail that made the vibe of the process comfortable and the songs themselves sharp and crisp. It was an honor working with those guys. Couldn’t have picked a better pair.

Josh: Recording with Julius Butty was the best experience I’ve had in a professional studio. Lots and lots of engineering experience and knowledge. It was a surprise and the cherry on top when Julius asked if we would want to have Wade Macneil of Alexisonfire/Dooms Children come in and Co-Produce. It was an instant yes and absolutely crazy that we all got to work with a guy whose band we all listened to in high school. Super funny down-to-earth dude. We didn’t get to meet Ted Jensen, but through messaging and his track record online – we knew we were in good hands with Ted. They all made these songs sound as big as I’d hoped they’d be. Unfucking Real.

What is your favourite thing about the music scene in Hamilton?

Tommy: My favourite thing about the scene in Hamilton is there is absolutely no shortage of venues to be able to showcase local and out-of-town talent. I think there are five venues that house our type of music if I’m not mistaken. There’s always a show happening. Hamilton really appreciates local music and it shows.

Cam: My favourite thing about the music scene in Hamilton is the people. Whenever we play a show in Hamilton we always get a great response from the crowd, and that is what really keeps us going at the end of the day. It’s the interaction with the crowd before, during, and after a live performance that makes us really love what we do.

Evan: The Hamilton scene feels young and vibrant. There’s an energy to it that’s inspiring…live shows are inviting and accepting and the bands are solid and hardworking. The community is strong and fostering of new and old talent. It’s just a matter of time until some of these bands blow up.

Josh: My favorite thing about the music scene in Hamilton is a strong music community and people actually come out to shows here. I lived in Toronto for a while and it was always hit or miss because it’s so oversaturated with bands and different artists.

Tommy: What you can expect from us is to push ourselves further and further. We strive to be better every show. We have a lot of dates coming up and will be busy for the year spreading our music as far as we can get it. We have three more songs to release this year and we are aiming to be back in the studio to do another batch of songs later in the year.

Cam: We have three more songs coming out as well as a couple of videos! We are super excited to share everything we’ve been working on with everyone and we know people will dig it.

Evan: Plans as of now are to release four singles throughout the year, some accompanied by videos, and then later in the year enter the studio again. We have a bunch of live dates coming in the following months, then continue to play live as much as we possibly can. Shows, shows, and shows, and then some more shows.

Josh: Can’t say much now, but you can expect a lot of new stuff in 2022. More songs. More videos. More shows. Keep your ears and eyes open!