Moving City unveils new single “Can I Go and See My Lady?” 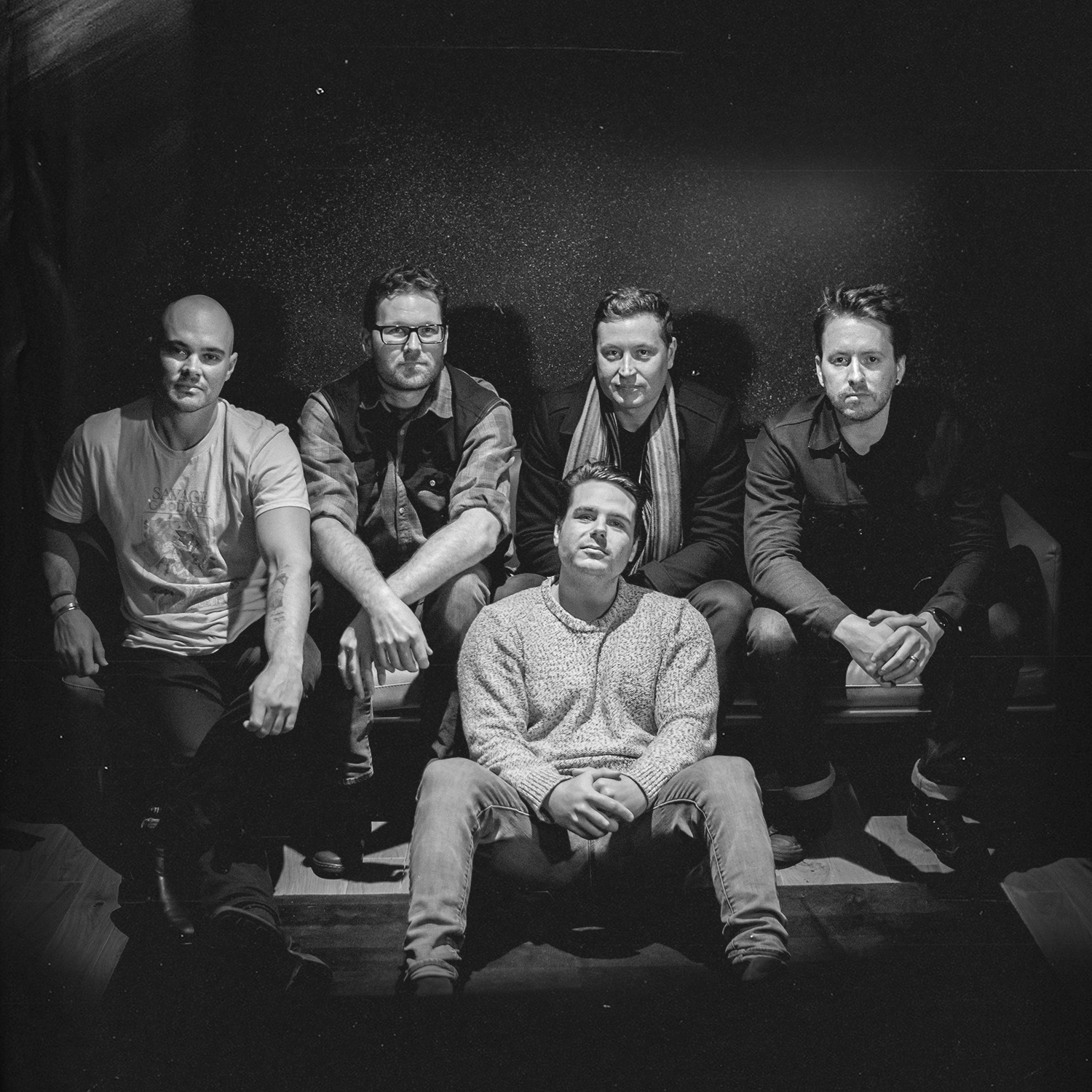 Moving City unveil their new single, “Can I Go and See My Lady? from their upcoming album, Nightflash

Vancouver indie-rock band, Moving City was started by Andrew Facciolo and Logan Shaw almost a decade ago as a duo. Since reuniting, the band has grown to five members.

With two full-length records out since December 2020, and a third one titled Nightflash fully produced and waiting to be released. The lead city from the upcoming album, “Can I Go and See My Lady?” was released last month.

Listen to “Can I Go and See My Lady?” below, and find out more about Moving City via our mini-interview.

We (Andrew Facciolo and Logan Shaw) started Moving City nearly a decade ago writing songs as an acoustic duo in Toronto, both playing guitar. Since reuniting in Vancouver after a brief hiatus, we have grown to 5 members, adding another guitar player (Chris Johnson), Bass (Jan Toren), and Drums (Madison Norton).

Since the addition of the full band, the Moving City sound has changed from just two acoustic guitars to a very dynamic and diverse performing group, playing songs that were written originally on acoustic guitars and transposed into a contemporary pop-rock/alt-rock sound. With this transition, we’ve still kept the wholesome roots of the raw acoustic vibe of our original writing. The simplicity and space of our songs make it possible for us to not only perform as a full band but also as a duo and trio with Chris Johnson on guitar.

You have unveiled your new single, “Can I Go and See My Lady”, what can you tell us about the writing process behind the single?

“Can I Go and See My Lady” was written during the height of the pandemic when things for most people were shrouded with uncertainty with minimal information about what was happening, hence the line “Am I feeling right, Am I feeling right about it?” and “Can I go and see my lady?”. The acoustic guitar on this track was played in Nashville tuning which has a natural brightness, accompanied by feel-good electric guitar tones leaving a slight feeling of irony for what the song is about but also leaving a feeling of hopefulness and excitement for the future.

The single is off of your new album, Nightflash, which follows your previous releases, 2308 and Little Dogs. How would you say your sound has changed through these releases?

The sound of 2308 was reflective of what we originally sounded like as a duo years before (Andrew and Logan). The way we wrote the songs were very similar to how we used to create, kind of picking up where we left off with simple catchy riffs and a dreamy style of vocals with very tight song lengths and parts. Most of the songs have a general feeling that most people can relate to, the stories are not too specific to anyone or anything giving the album a broad sense of familiarity.

Little Dogs floats on the other side of the spectrum in comparison to 2308. The record as a whole is long and varies in style and performance, using obscure instruments to capture certain feelings. We really dove into more experimentation in recording styles and locations. For example, we recorded a lot of acoustic tracks and vocals while driving down the Sea to Sky highway, trying to capture sounds of the wind and rain hitting the windshield, while also recording outdoors at various locations creating a rawness in sound to match with the lyrical content.

During the release of Little Dogs, we began connecting with other musicians and developed a close relationship with our producer Chris Johnson (now a current band member), and started naturally writing more band-focused material. With the parts and tightness of 2308 but with more intricacy and heavier tones while also drifting in and out with the emotional sounds brought out of Little Dogs, Nightflash is our most rounded group of songs we’ve recorded as a band and in our opinion really shows the growth we’ve experienced creating music.

You’ve been busy performing since live music has been reintroduced into our lives. You recently played your first MRG event, and performed at NXNE in June, what else do you have up your sleeve?

We have three additional singles from Nightflash that are ready to drop on future dates following “Can I Go and See My Lady?”. To make it interesting for listeners and to promote pre-saves on these tracks, we will be randomly selecting two people who have pre-saved for each single to win a new Moving City T-shirt (off our first run of merch). We will announce winners after each release (via Instagram @movingcitymusic) followed by the full record drop on September 2nd, so follow along as we release more info.

In terms of shows, we are set to play Portside Pub located in Vancouver’s Gastown on the evening of July 15th, immediately followed by an intimate set at Steve Dunford’s East Vancouver, Tumbleweed Tattoo shop that same evening. Readers located in Vancouver should feel free to reach out to us personally on our IG to secure tickets for this. Additionally, we are set to play New Westminster’s upcoming Car Free Day in the afternoon of August 6th and have officially joined the wicked lineup for Vancouver Shipyards Festival on Saturday, September 17th. We’ll be playing around Vancouver at various venues in between the highlighted bigger shows doing duo, trio, and full band sets so keep an eye out as we announce more shows through our IG.

Lastly, we’ve finished writing a new, full record, along with an acoustic EP. We’ve started pre-production and plan to start committing dates in the near future for studio sessions.

A lot of new music releases, and some live/conceptual video content for the later part of 2022. We are planning on doing some traveling as well and hopefully (fingers crossed) we can work out a tour schedule. Along with all of that, we expect to continue to play shows in and around Vancouver as much as possible.