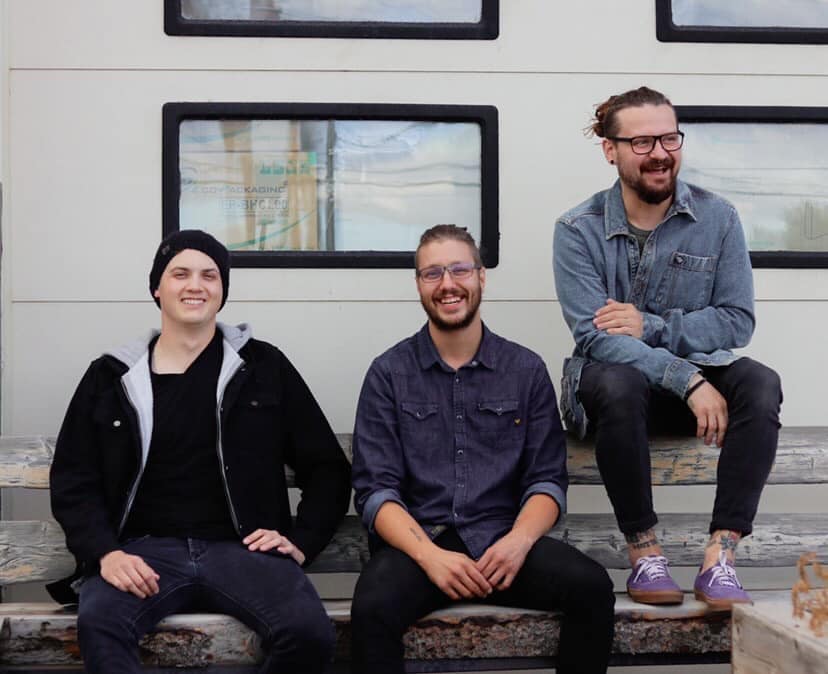 Founded in 2021, the band quickly hit the ground running with Canadian touring as soon as lockdowns were lifted. GreenWing quickly made a name for themselves with their singalong hooks, infectious energy, and chaotic stage shows.

Listen to “Social Cues” below, and find out more about GreenWing via our Five Questions With segment.

Hey, I’m Zakk Strelioff, I play drums and sing backup vocals in Greenwing among other projects, and am also a session drummer.

We are very excited to be sharing our first release, it’s the third track off of the debut album and also one of the first songs we started working on back when Greenwing was formed. We have been blown away by the love and support we have received prior to having anything released, and are happy to have something to share with our friends and listeners who’ve supported us so far.

Most of our songs have started with Matt bringing some riffs and lines/melodies to jam and then we expanded off of that. Whether it’s adding parts or removing them entirely, structure changes, and sometimes we’ll change things entirely to form a new idea we’re stoked on. As far as inspiration for lyrical content, Matt is great at finding relatable situations and concepts to write about, inspired by events/elements in his life that most of us can relate to in one way or another.

You bet, we have some shows coming up this summer and fall. We will first be doing another Alberta run on the first weekend of August where we will be playing Calgary, Lethbridge, and Red Deer. The following weekend (Aug. 13th&14th) we will be back at O’Hanlon’s in Regina the Friday night, and on Saturday we’ll be playing at The Black Cat Tavern with The Valley Bandits starting off the night, and Slowdown Molasses headlining. We have more shows this fall we are very excited about that we’ll share in time!

We have a few, but after completing our first album a while ago, our main goal is gearing up for the album release show this fall where it will be released on various formats. Following that, we are currently in the works of arranging more/longer tours to tour the album this fall. We will be continuing to keep the focus on booking and playing more shows!