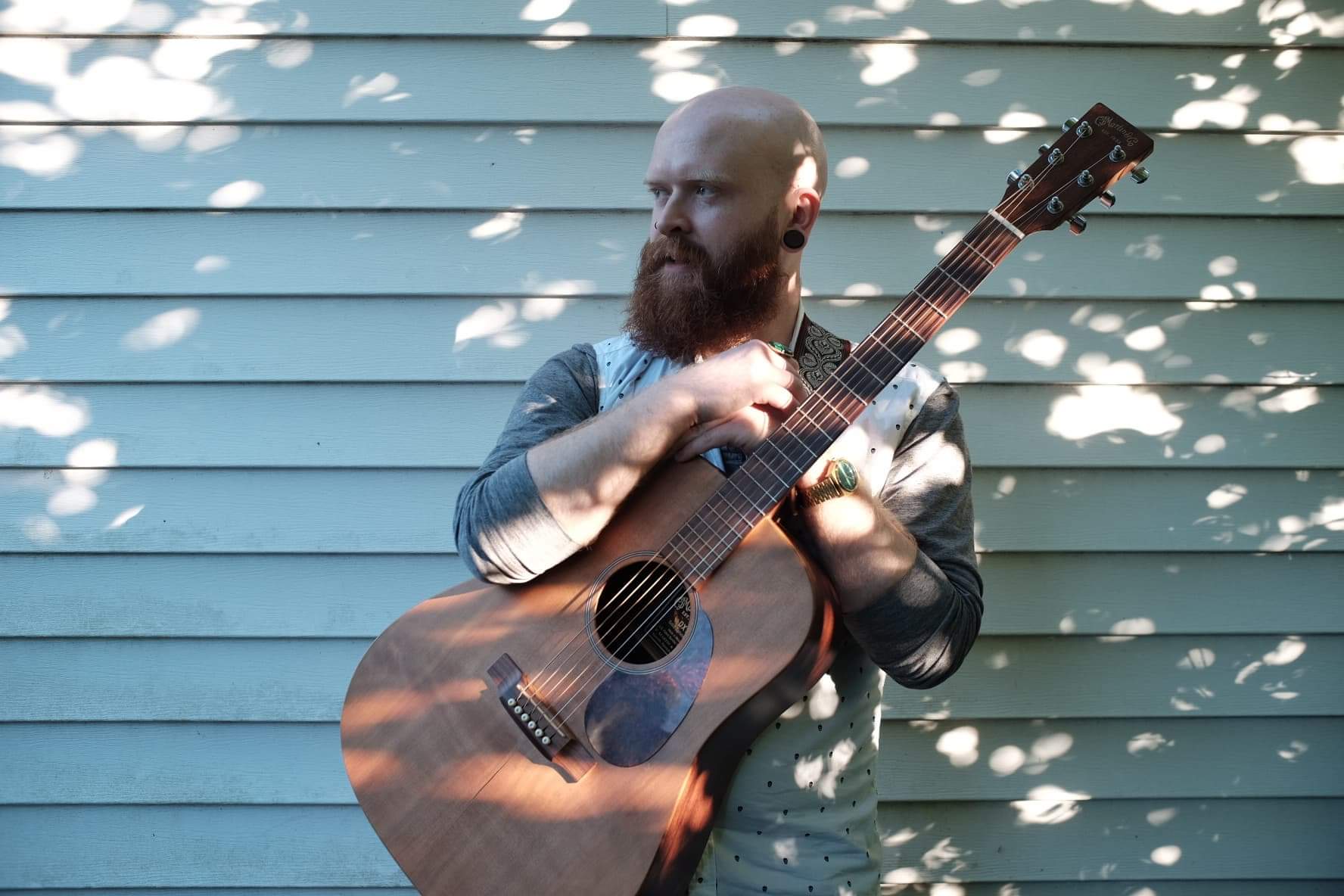 Moncton, NB-based artist, Ben Buchanan is a solo fingerstyle acoustic guitarist creating original tunes borrowing elements from funk, jazz, and rock while using popular techniques like harmonics and slap percussion on the guitar. By doing so, Ben aims to create instrumental songs that sound so much more than just one instrument.

He has recently unveiled his new acoustic single, “Passenger.” On this track, Ben wanted to explore what loneliness and sorrow sounded like, after feeling like the only person in the universe in the early hours of the morning driving on the highway in New Brunswick, with no one else in either direction. The title comes from conjuring up an imaginary passenger to curb the loneliness, and the song explores minor and major home key centers to represent loneliness and joy, respectively.

This is one of many musical endeavours that composer and instrumentalist Ben Buchanan has developed to express his creativity. Ben has other musical projects ranging from large orchestral pieces to metal to trip-hop to synth-wave. You’ll be seeing and hearing his many different projects up on streaming services in the future.

Listen to “Passenger” below, and find out more about Ben Buchanan via our mini-interview.

My name is Ben Buchanan. I am a multi-instrumentalist, performer, composer, and producer from Atlantic Canada. I am pursuing a career in music by teaching, performing, and producing. It’s a lifetime goal of mine to share a stage with some of my musical heroes and get all of my musical ideas out into the world to share with all of you.

You have unveiled your new single, “Passenger”, care to tell us a bit about the writing process?

I started experimenting with altered tunings years ago, this one being open C minor. I wrote the intro and ending riffs after throwing my guitar in this tuning, hit a wall, and then those two riffs went to the back of my mind for a few years.

It wasn’t until I was living in Montreal and thinking about loneliness and adjacent themes of the sort. Having more spare time thanks to the pandemic, I was able to revisit old ideas and this one started peeking its head out. I started wondering what loneliness sounded like which comes out in the verse; the low droning C note with embellishments on top. Once I developed the verse, the rest of the song wrote itself. I used rhythmic and melodic motifs that were already written and just superimposed them over modulations and chord changes, then filled in with a few segues, and the song was done.

I’m really happy with the way it turned out! I especially like the change from the tonic minor to the tonic major chord in the bridge to contrast and also to tie into the theme of sorrow and happiness.

You have a few different musical projects on the go, how do you make time for each one?

I developed a schedule for each of my projects with tons of alarms. First off, I try and wake up super duper early because sometimes there just aren’t enough hours in the day! In the morning, I practice my old repertoire to stay in shape for shows. After that, I start learning new reps or developing arrangements of popular songs for acoustic guitar like the Backstreet Boys or Bruce Springsteen. Keep your ears open for those! Then I move on to the electronica projects by composing/producing in my software.

Once a week, I asked my Instagram followers to give me four completely unrelated chords and I write a short song using them. This helps me write with constraint and practice production. Then in the evenings, I move on to other instruments like bass, electric guitar, and drums and have individual alarms and times slotted for those as well. I highly recommend setting yourself a (reasonable!) schedule if you want to do lots of different things like I do. It’s really changed the game in regard to my productivity. Before, I would get nothing done because it would be like the Three Stooges all trying to get through the same doorway all at the same time, so nothing would get done because I want to do everything. A focused hour or two on one or two things is the best way to get stuff done.

What’s the best thing about being part of the Canadian music scene?

If you can find the right people, the support. I’ve met tons of great people, musicians and otherwise, that are so supportive of each other and are constantly helping to bring out the best in one another. I have a few different mentors that I turn to whenever I need advice and I am always welcomed with open arms. I am hoping to get to a place where I can do the same for others. It’s one big happy family.

I have another release under the “Drownhouse” banner coming very soon.

I have also launched a Patreon and will be releasing musical content, lessons, and behind-the-scenes footage of projects. I am developing podcasts, fusion guitar music, orchestral/cinematic music, more acoustic stuff, and remixes under different banners. I’m hoping to play a show using Ableton’s live looping functions under my synth-wave banner before the end of the year. Fingers crossed for that!